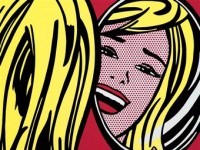 Earlier today, Judge Charles E. Ramos of the New York State Supreme Court struck down a motion to dismiss filed by the lawyers representing Larry Gagosian and the Gagosian Gallery in a civil lawsuit brought by Jan Cowles, owner of a Girl in Mirror (1964) by Roy Lichtenstein, which her lawyers say was improperly sold.

This is a fairly significant victory for the legal team representing Jan Cowles. Their arguments, of late, have centered around the idea that, in entering a deal whereby Gagosian and its employees represent both parties in a sale, buyer and seller, they inevitably act unfairly in the case of one of those parties. In this deal, the allegedly wronged party was Charles Cowles, Mrs. Cowles son, who actually sold the painting and was in financial straits at the time he did. Knowing this, Gagosian director Deborah McLeod elicited a request for a “cruel and offensive[ly low]” offer from a potential buyer. In their testimonies, Ms. McLeod and former Gagosian director John Good said they saw nothing wrong with this arrangement, pointing out that it’s fairly common in the art world.

The gallery’s lawyers argued in their motion that Mr. Cowles was a dealer and had full knowledge of the way such agreements work. Today, Judge Ramos disagreed, saying that Gagosian overstepped its bounds here.

“On August 3, 2009, Gagosian purported to sell the Work for only $2 million to [buyer Thompson] Dean, and retained an astounding $1 million in commission, despite representing to Charles at the time of the consignment that it would not be sold for less than $3 million, with Charles to receive no less than $2.5 million, and Gagosian to receive a commission of $500,000,” he wrote in his summary of the case.

“We are very pleased with the decision,” said David Baum, the attorney for Ms. Cowles. Gagosian did not immediately return a request for comment.