Stylistically, his oeuvre could also be considered similar to that of auteurs like David Lynch and Terrence Malick, both of whom he admires. “Most films made here,” he said, meaning Hollywood, “have to be tested and checked and put before groups—[so] that you’re sure that everyone understands everything that is going on … and if someone doesn’t get it, or understand it, the film changes. The way someone like David Lynch works, and how I work, it’s the opposite; it’s like a question as opposed to an answer—you don’t tell people; you are asking them … and hopefully they are more confused after. It’s easy to make something strange and weird, but what Lynch is so good at is, even though you have no clue what’s going on onscreen, he makes you feel you understand this micro-narrative he is telling—because it’s recognizable.”

Interviewing him in Los Angeles felt at once appropriate and incongruous: while he does borrow from Hollywood’s polished filmmaking techniques, he subverts the stereotypes associated with the mainstream film industry. He sees his films as a series of open moments that keep breaking clichés. “Hopefully,” he said, “it will make the viewer ask him/herself, ‘What is it I’m actually watching?’”

The Cohan show’s centerpiece, This Nameless Spectacle, is a two-channel film that takes its title from a line in William Carlos Williams’ poem “The Right of Way.” It centers on a wheelchair-bound woman in her 60s played by Marie-France, a well-known French actress and ’70s pop icon who happens to be a transsexual. “Her gender is not directly important to the story,” said Mr. Just. “But I like her because she had several layers built in, [and] I placed her in this romantic park—a magical, artificially created piece of nature, mirroring her in the questions of what is nature and what is culture.” In the exhibition, the film is set up on two panoramic screens. On one is Marie-France, and on the other, a younger man who is following her. In order to watch the film, the viewer must stand between them. “Every time they interact—if she’s turning her head to see—she’s looking at him, but you will get the feeling that she is looking at you at the same time. You’re caught in the middle.”

In the final scene, she escapes her pursuer … or does she? Once inside her home, she is hit by a beam of light from a window in an adjacent building—she appears to be blinded by it—and it is eventually revealed that the light results from her young pursuer manipulating his windowpane. “She goes into something like a seizure when being hit by the light, but at a certain point, it seems as if she’s also in pleasure in her attack,” said Mr. Just. “I directed it two ways—the first day, I directed her as she went into a seizure; the second time, I told her to react as if she was having an orgasm—then I cut them together so her attack becomes this weird place between pain and pleasure.”

His project for the Danish pavilion in Venice next year, a multichannel film installation, promises even greater ambiguity. “For Venice,” he said, “My aim will be to blur the distinction between film work, architecture/place, and communication. I will blur the borders between the different mediums—let them overlap—so it becomes unclear to the audience where the ‘work’ begins and where the architecture takes over.” 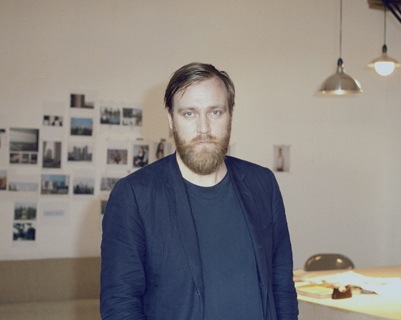