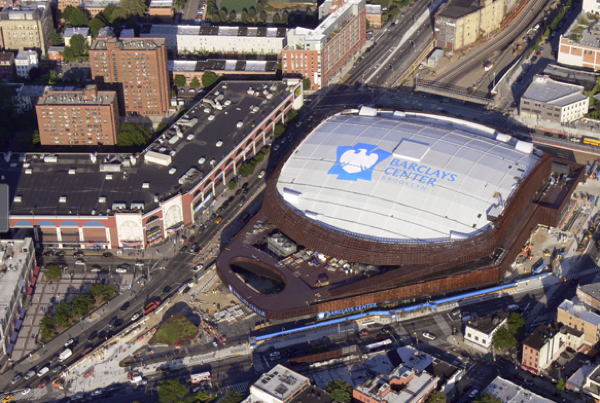 New photos from the WCBS chopper show the new Barclays logo on the roof of the arena that bears its name.
mchabanobserver 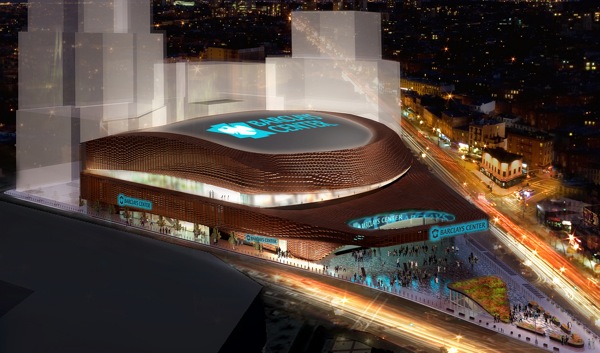 Others showed a smaller, though still sizable logo.
mchabanobserver 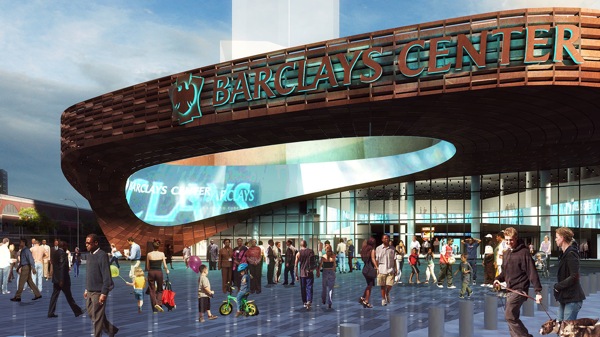 Not that the Nets or Forest City Ratner have ever shied away from the fact that the building would be covered in the logos of its corporate sponsor.
mchabanobserver
Advertisement 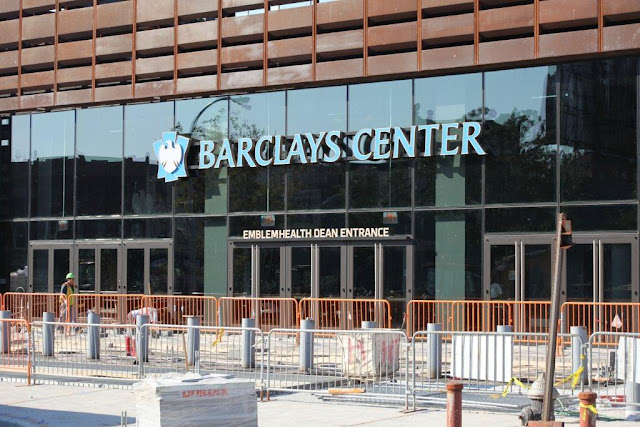 Or that of other corporate sponsors.
mchabanobserver 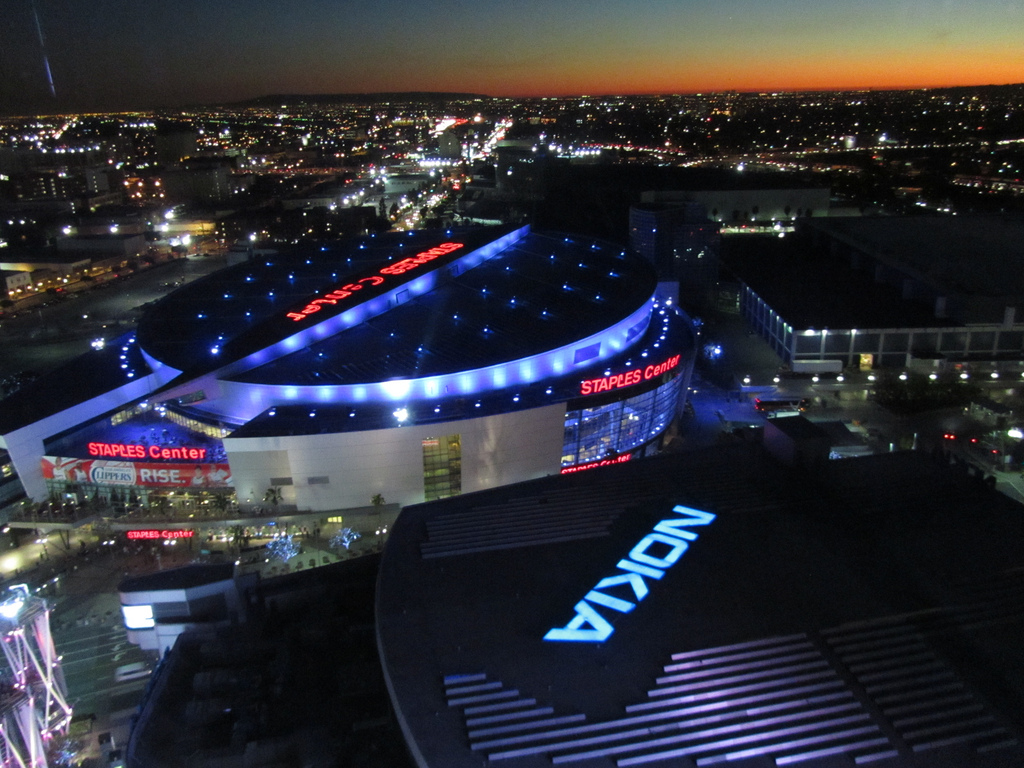 Not that this sort of branding is new in the world of arenas.
mchabanobserver 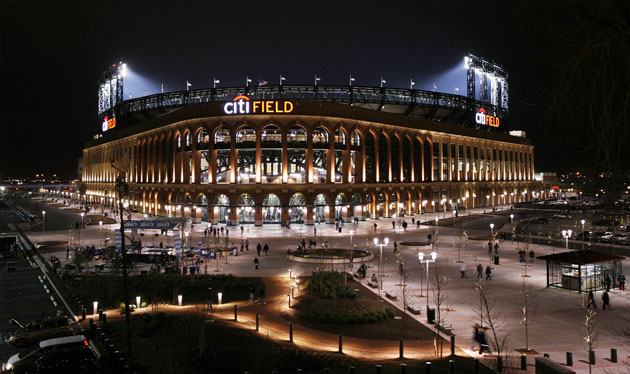 Or new to New York for that matter.
mchabanobserver 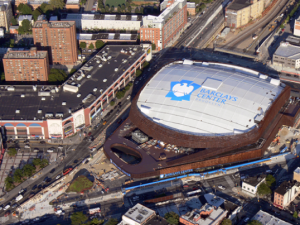 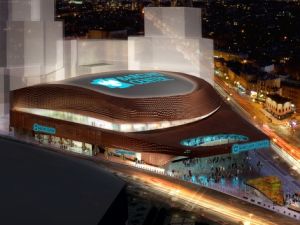 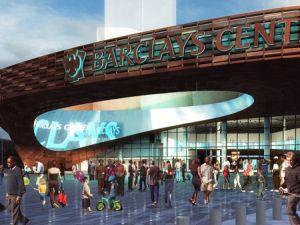 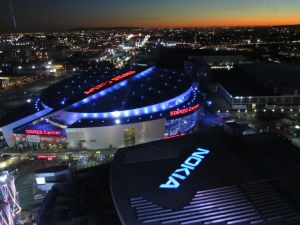 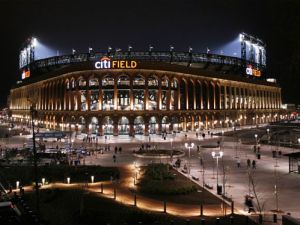 We were actually expecting a lot worse, really. Preliminary renderings showed a giant blue crest and the Barclays name emblazoned beside it, not unlike the huge logos atop the Staples Center in L.A. (and the neighboring Nokia Theater). Instead, the photos revealed yesterday by the WCBS chopper show a small, even diminutive logo that barely dominates the large white roof atop the new SHoP-designed arena.

Looking at some of the renderings that previously appeared, it looked as though the sign might overtake the entire space. Not that we are condoning the transformation of this new building into a giant ad better suited to Times Square (that is one thing the abhorrent Madison Square Garden has going for it), just noting that it is kinda small and seems to be visible only from the air (or Google Maps—free advertizing, baby!).

In this day and age, such corporatism may be lamentable, but it is also to be expected. Indeed, as Norman Oder astutely points out, the signs may be illegal. Such shortcomings have not stopped the developers before, though. And as he notes elsewhere, companies besides Barclays are getting in on the naming rights game, too. We give you the Emblem Health Dean Street Entrance.

That said, the Nets and Forest City Ratner are happy to pony up to get their name slapped up—unlike the Yankees. Earlier this year, the platforms for Atlantic Avenue/Pacific Street were officially changed to include the Barclays Center. It cost them $200,000 to do so.