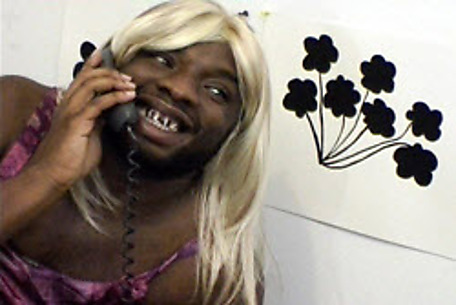 Artist Kalup Linzy is now working with Chelsea’s Elizabeth Dee Gallery, which Ms. Dee confirmed with us today. She said Mr. Linzy, who left his former New York gallery Taxter & Spengemann just before it closed for good in 2011, is currently shooting “a major video piece” that will be the basis of an exhibition at the gallery in May, 2013.

“I’ve been aware of Kalup’s work since 2006,” Ms. Dee said. “Given his activities in performance, we had been closely following his practice”

In the meantime, Mr. Linzy will be performing at the Metropolitan Museum of Art this Friday and Saturday as part of the “Regarding Warhol: Sixty Artists, Fifty Years” show. Mr. Linzy’s work in performance involves a rotating cast of stock characters that are somewhere between pop divas and soap opera stars. (Famously, Mr. Linzy performed as one of his characters—Taiwan, whom he has since retired from his repertoire—on General Hospital with his friend and sometime collaborator James Franco.) The artist’s 2006 video Conversations wit de Churen V: As da Art World Might Turn is also included in the Met’s exhibition, displayed alongside Warhol’s Lonesome Cowboys film from 1968.

Mr. Linzy describes his new performance as “Warhol Cabaret.” It will feature his new character, Kaye, who is, according to Mr. Linzy, “longing for love.” With video projections of Kaye doing things like walking around in a sunset, providing the backdrop, Mr. Linzy will sing a set of covers mixed with original songs. One is called “Chest Full of Tears,” which the artist kindly half-sung into the phone for us:

I cried all the tears/I thought I could cry/I prayed all the prayers/that I could pray/I wished upon a star/my soul was a falling star/now I weep, I weep, lord my soul to keep/why so much pain/a chest/a chest full of tears/I know I’m not the perfect bitch/wait a minute/some days I am a bitch/It doesn’t mean my heart doesn’t break/It doesn’t mean my shell is made of steel/And now my chest is full of tears.

Asked if he thought his work was Warholian, Mr. Linzy said, “That’s a crazy question. Of course I think that. He’s the way that young artists justify what they do.”