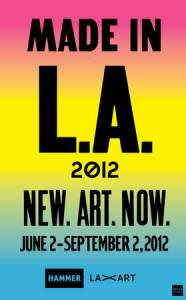 Los Angeles’s Hammer Museum announced that L.A.–based curators Karin Higa and Michael Ned Holte have been selected to curate the sophomore outing of its biennial, “Made in L.A.” The first edition of the exhibition closed at the beginning of this month.

Both curators have worked for periods in New York, the Los Angeles Times notes. Ms. Higa—whose photo for the L.A. Times was shot by Sharon Lockhart—first worked as a curator in New York, and curated “One Way or Another: Asian American Art Now” at the Asia Society Museum in 2006. Mr. Holte, who has been published widely as a critic and opted to have Wyatt Troll shoot his portrait, organized the 2007 show “Laying Bricks” at Chelsea’s Wallspace gallery.

The New York Times‘ Carol Vogel also gave the news some space in her Inside Art column, quoting the Hammer’s director, Ann Philbin, saying that this year’s show yielded twice the attendance of the show it replaced, an annual showcase of work by the city’s artists. “It’s all about packaging something in a way that gets people excited,” she told Ms. Vogel.

As for our great city’s homegrown biennial, the Whitney Biennial, there’s as of yet no word on who will curate the 2014 edition.