Today, Kohort, the super-stealth social network for groups, emailed early adopters who had registered usernames and asked them to officially join the site. Last year, Betabeat told you that Kohort, founded by former venture capitalist Mark Peter Davis, netted $3 million from a number of high profile investors like IA Ventures, RRE, FF Capital, David Tisch and David Cohen. The supposed “Meetup killer” made its beta version public back in July.

The site is based around public and private groups. Kohort lets group members post to memos to the group, much like a bulletin board. These memos are supposed to help organize meetups and group activities. Original plans called for a way to put similar groups into networks, but that remains to be seen in this early version.

One kitschy feature for moderators is the ability to change the title of group members to anything that they wish. For example, a group named “6AM Club,” led by Ben Weller, a senior developer at Kohort, calls all of its six members “Broey Bros”:

None of these people look like any bros that we know.

The site does almost everything Meetup.com does, but surprisingly, it has turned out to be a more efficient version of Google+. In order to organize groups, Google+’s forces users to manually place all of your friends into circles that remain private and only seen by you. While this is good for splitting up your friends into friends and frenemies, some people just don’t want to put the effort into categorizing their friends. The site has definitely suffered because of this.

But on Kohort, the circles (or “groups” in this case) are the central organizing point–your friends join the groups that they know they should be a part of, or join ones they’re interested in anyways. Group leaders can also send out invitations to all of the people that they think should be group members. Add some nice chat capabilities, and Kohort could poach Google’s tech industry user base and have something really special on their hands.

It might be more user-friendly that Google since you don’t have to do the organizing manually. Of course you still have to rely on organizers to do the heavy lifting for you. It’s hard to tell what the site will look like because right now it’s all groups related to Davis.

There are definitely some groups on the site not focused on tech which show potential for a really personal user experience. For example, this one:

This fraternity alumni group is one of the site’s featured groups and is organized by none other than Kohort’s CEO, Mr. Davis. Group members are labeled as “Snus,” which is a TFM. Guess you can take the VC out of the founder, but there’s no way you’re taking the frat out of the boy. 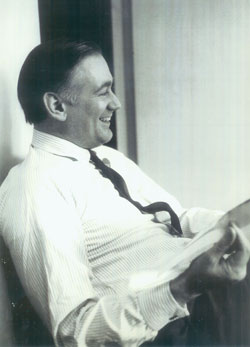