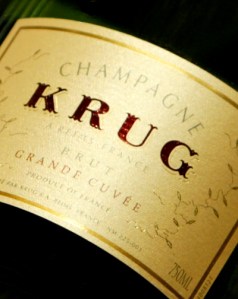 On Dec. 1, Sotheby’s New York will hold a delicious-sounding auction, “Finest and Rarest Wine Featuring Treasures Direct from the House of Krug.” This particular selection of champagne has, according to a press release, “never previously left Krug’s cellars in Reims.” It is the largest auction coming direct from Krug since its founding in 1843.