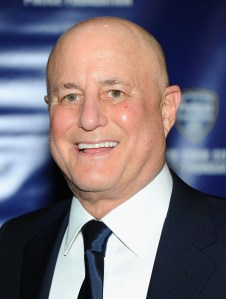 Just when it seemed that the start of the new art season in New York could not get any more action-packed, it has.

Billionaire businessman and art collector Ronald Perelman and Larry Gagosian—who are longtime friends—have filed suit against each other in New York Supreme Court, leveling a variety of claims against each other related to a series of multimillion-dollar art transactions gone awry, according to Bloomberg News. Besides outlining their complaints, the filings also provide some possible hints about the operation of Mr. Gagosian’s gallery empire and his business relationship with Jeff Koons.

Here are the issues involved, via Bloomberg:

— The Gagosian Gallery alleges that Mr. Perelmen agreed to acquire a sculpture by an “unidentified living artist for $12.6 million” and then offered a “much lower sum” plus art from his collection, and also did not pay for a $10.5 million painting by a different artist, again offering to trade works from his collection instead.

— Perelman says the Gagosian Gallery “took advantage of his position of trust” by having him buy a Jeff Koons “Popeye” sculpture for $4 million, without mentioning that Mr. Koons would receive a 70 percent cut “of any amount over the original sale price of $4 million if the gallery resold the work.” In Mr. Perelman’s reasoning, according to the wire service, this gave Gagosian a disincentive to resell the work for a price about that mark.

If the details of the Gagosian Gallery’s agreement with Mr. Koons are accurate, they may explain some of the artist’s tremendous financial success in recent years, since it suggests that, like some other top living artists, he is able to take a cut of many secondary market deals brokered by the dealer.

We’ll watch this one as it plays out.