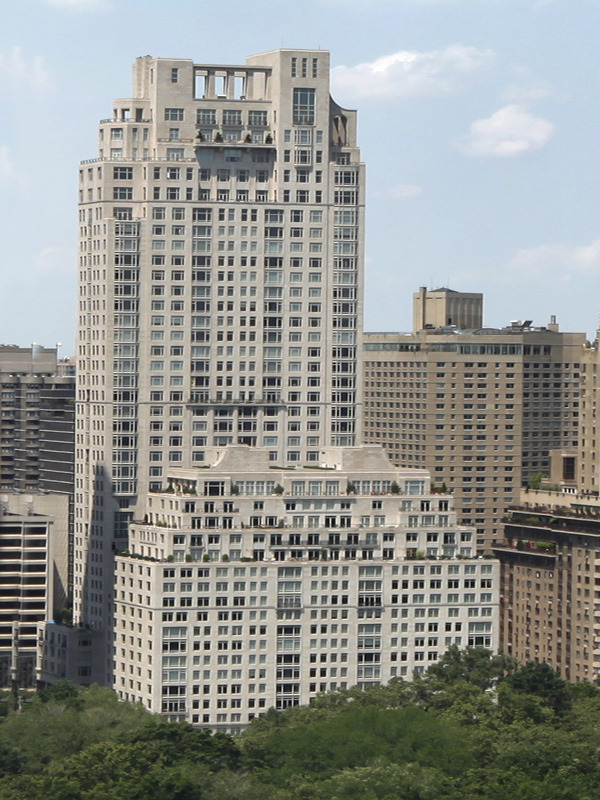 There she is, 15 Central West. 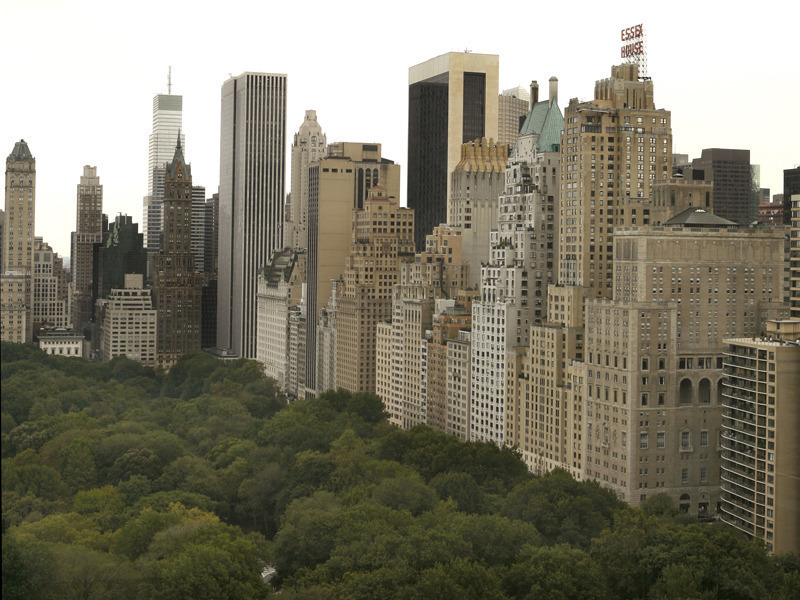 The view from the 24th floor. 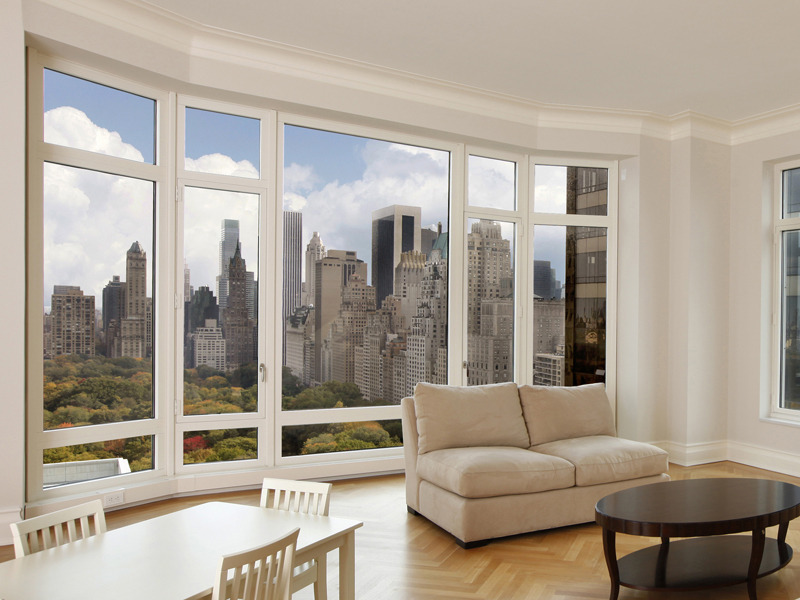 The corner living room, we presume? 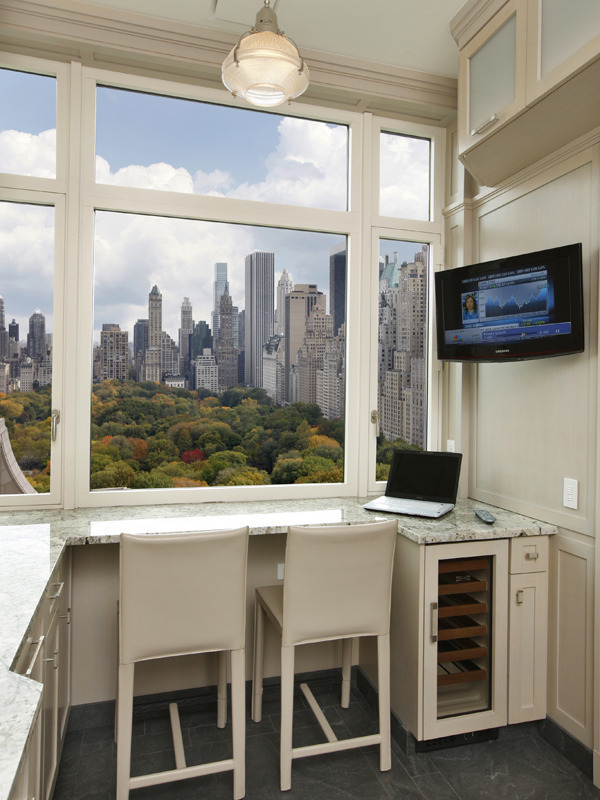 Breakfast nook? You can look at the amazing view or watch TV on the oddly-placed flat screen.
Advertisement 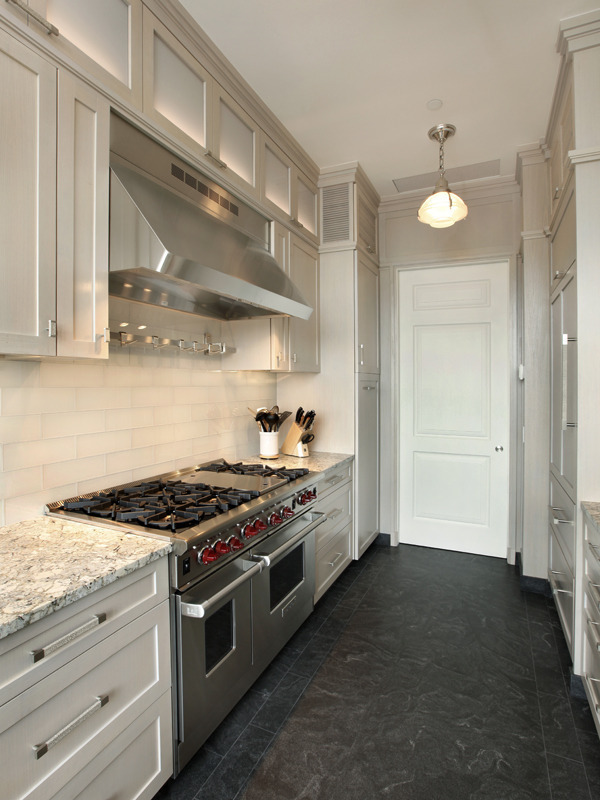 The kitchen looks expensive, but narrow. Reminds us of something you'd see in a classic six. 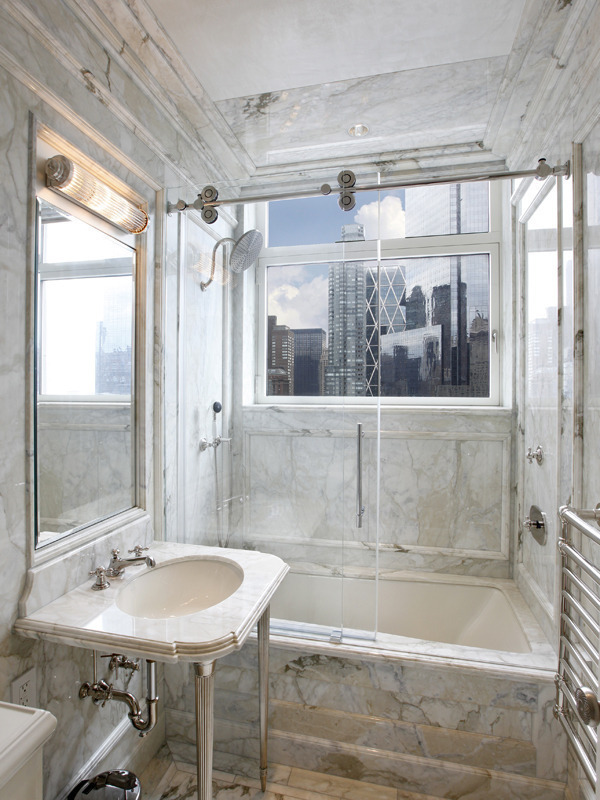 POSH Stow and Go will provide members with toilets and showers cleaned after every use.
All marbled and magnificent. Like something out of a Victorian novel. 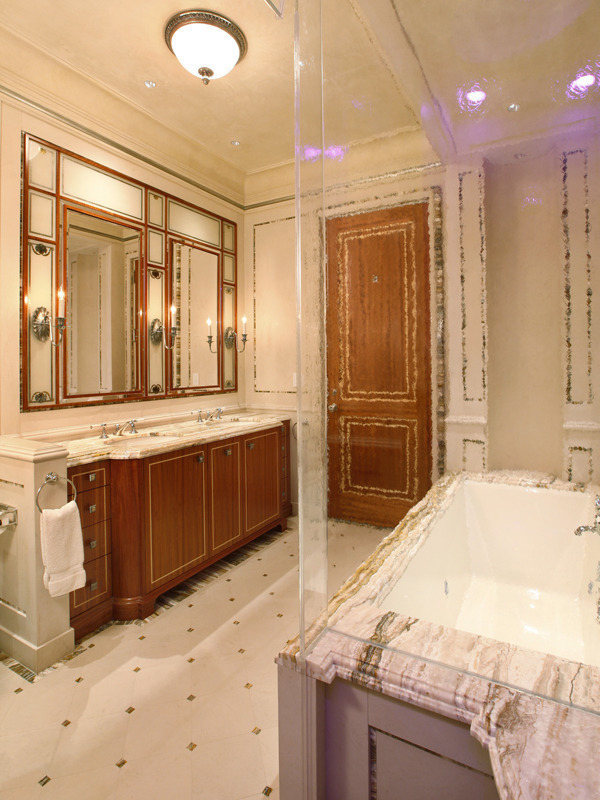 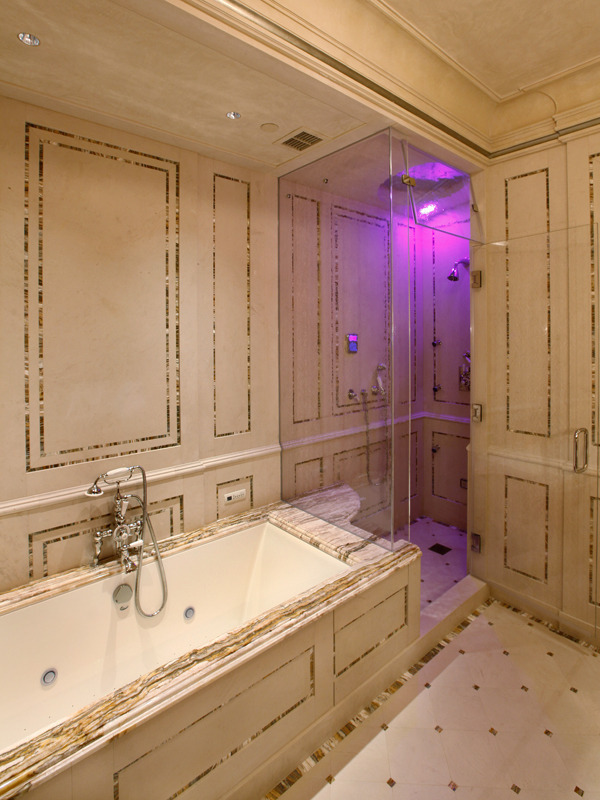 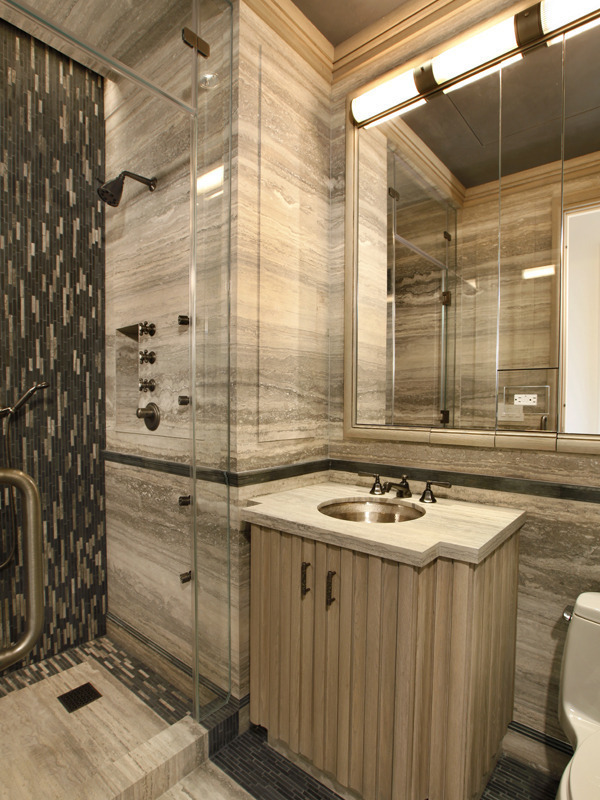 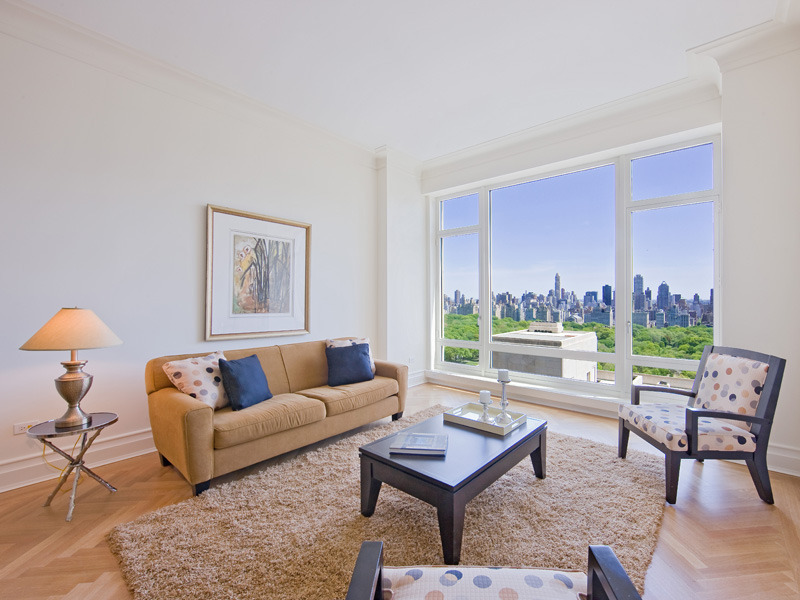 We'd say that a stager has been here.
Advertisement 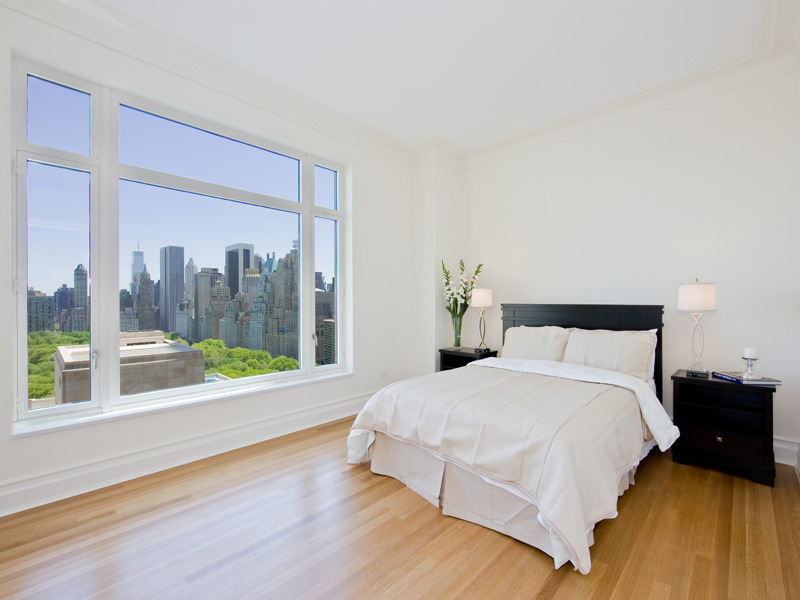 The (master?) bedroom is fine. But it's kind of overshadowed by the bathrooms. 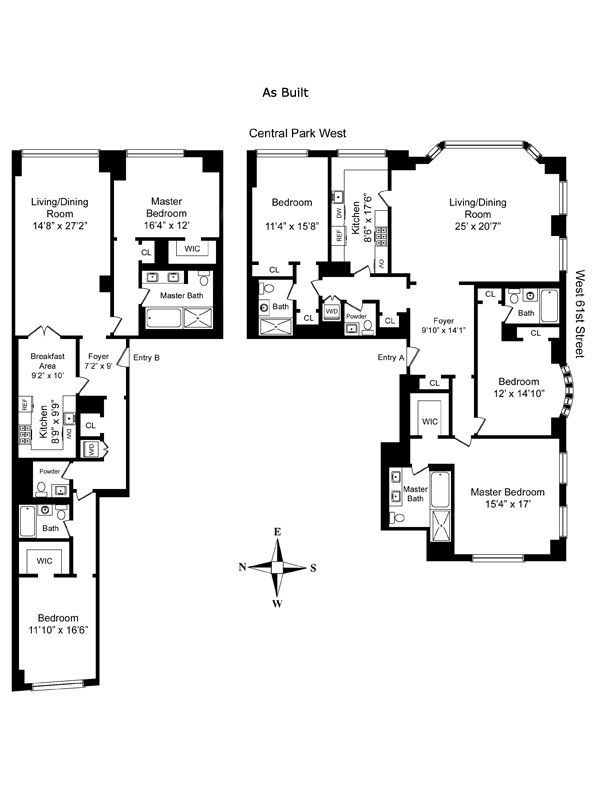 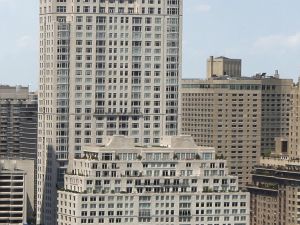 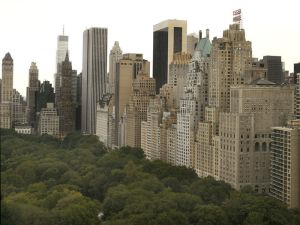 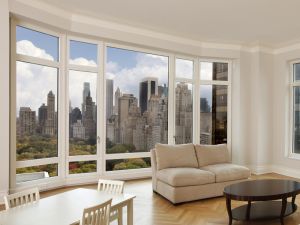 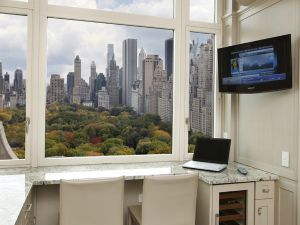 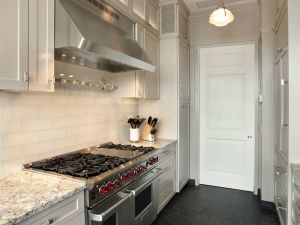 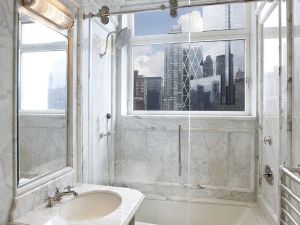 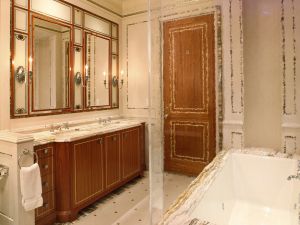 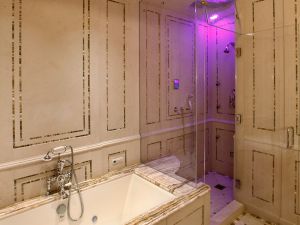 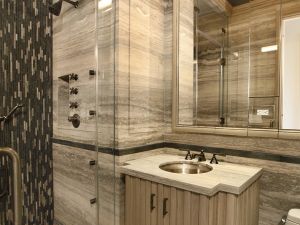 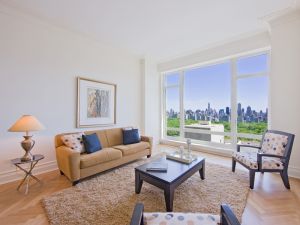 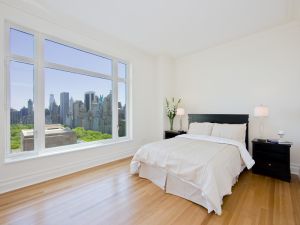 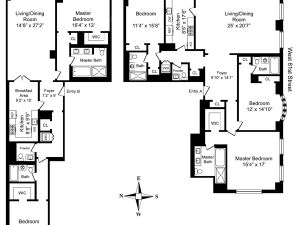 How important is a bathroom to you? Really, really important? How about $44 million important? This was the question we kept on asking ourselves as we flicked through the photos of 24A/24B at 15 Central Park West. Bathrooms figured heavily into this photo gallery and the 5.5 bathrooms were truly the most stunning thing about the pricey pad.

Besides marble in such abundance that our head was soon swimming, there is a Jacuzzi, media systems and an aroma/chroma-therapy steam shower—a set-up where you can add essential oils to the showerhead, then watch a kind of light show as you shower to regulate your moods.

But you know who did know all about these things? The owner, Neil Witriol, the retired president of steam bath and shower company Steamist West. Naturally, Mr. Witriol thought that such features belonged in his five-bathroom condo, now listed for $44 million with Sotheby’s broker Roberta Golubock.

But apparently, not even the perfect bathroom(s) were enough to keep Mr. Witriol, who apparently decided that it was time to make a splash in the current trophy market by asking more than double what he paid for the units a few years back. Public records show that Mr. Witriol bought 24A, a sponsor unit, for $7.8 million in 2008. Then he bought 24B from his neighbor for $8.8 million in 2010, paying a total of $16.6 million. Although he did do a gut reno to combine the two apartments, according to The Wall Street Journal, which also wrote about the sale.

The ask, while ambitious, is at least in the vicinity of what other resales in the building have commanded. Unlike the $95 million listing on the 35th floor, which involves the combination of two units purchased for a total of $18.8 million. Even Sandy Weill’s spectacular $88 million sale in the building, the benchmark which all other trophies seem to be using these days, was a little less than double the $43.7 million that Mr. Weill paid. And he also did a renovation.

In any event, Mr. Witriol’s “captivating tower combination” joins the ranks of listings at the famed building. There’s the place on the 32nd floor that wants $27.7 million, for example, and a 4th-floor spread that would like  $26 million. That’s a lot of trophies for one building. But at least buyers will really be able to shop around for the best value.