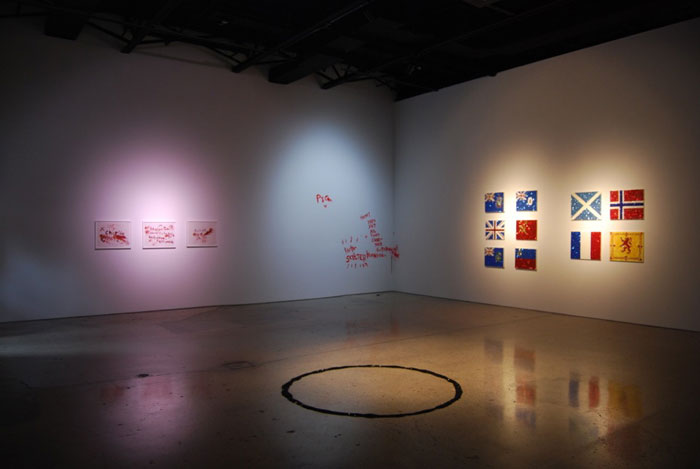 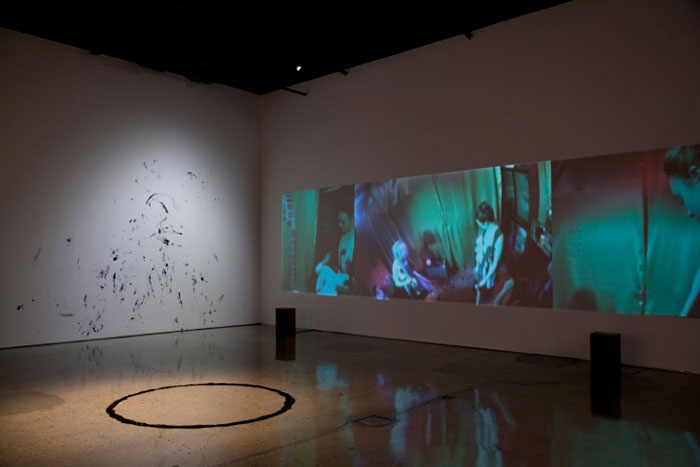 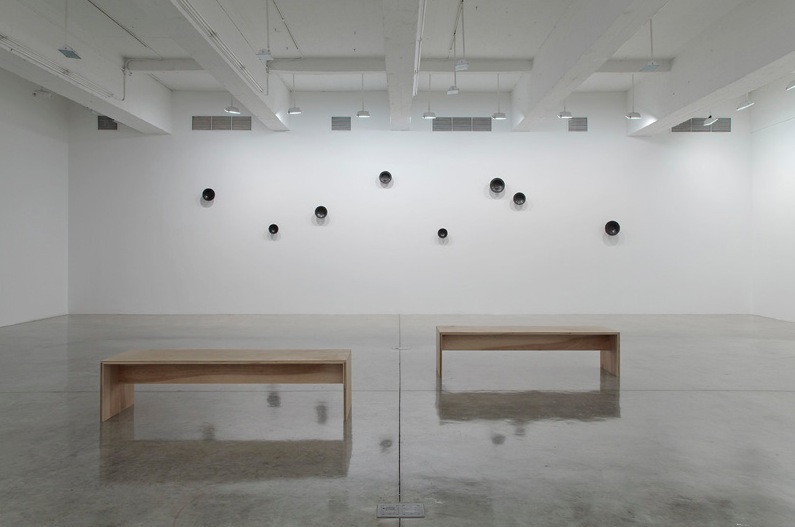 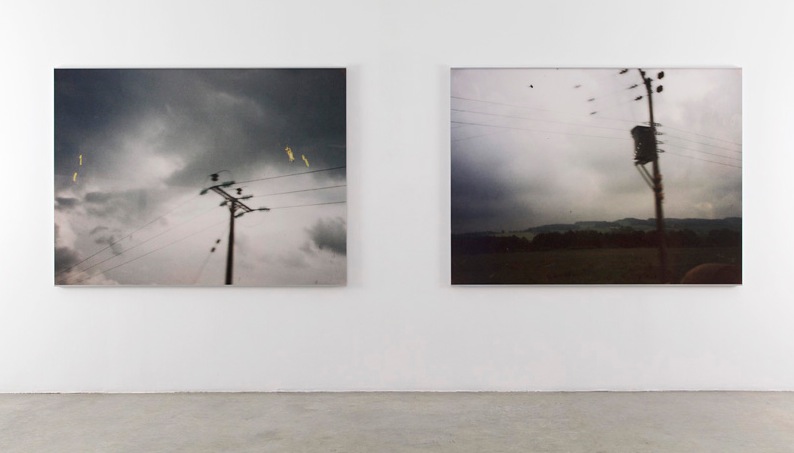 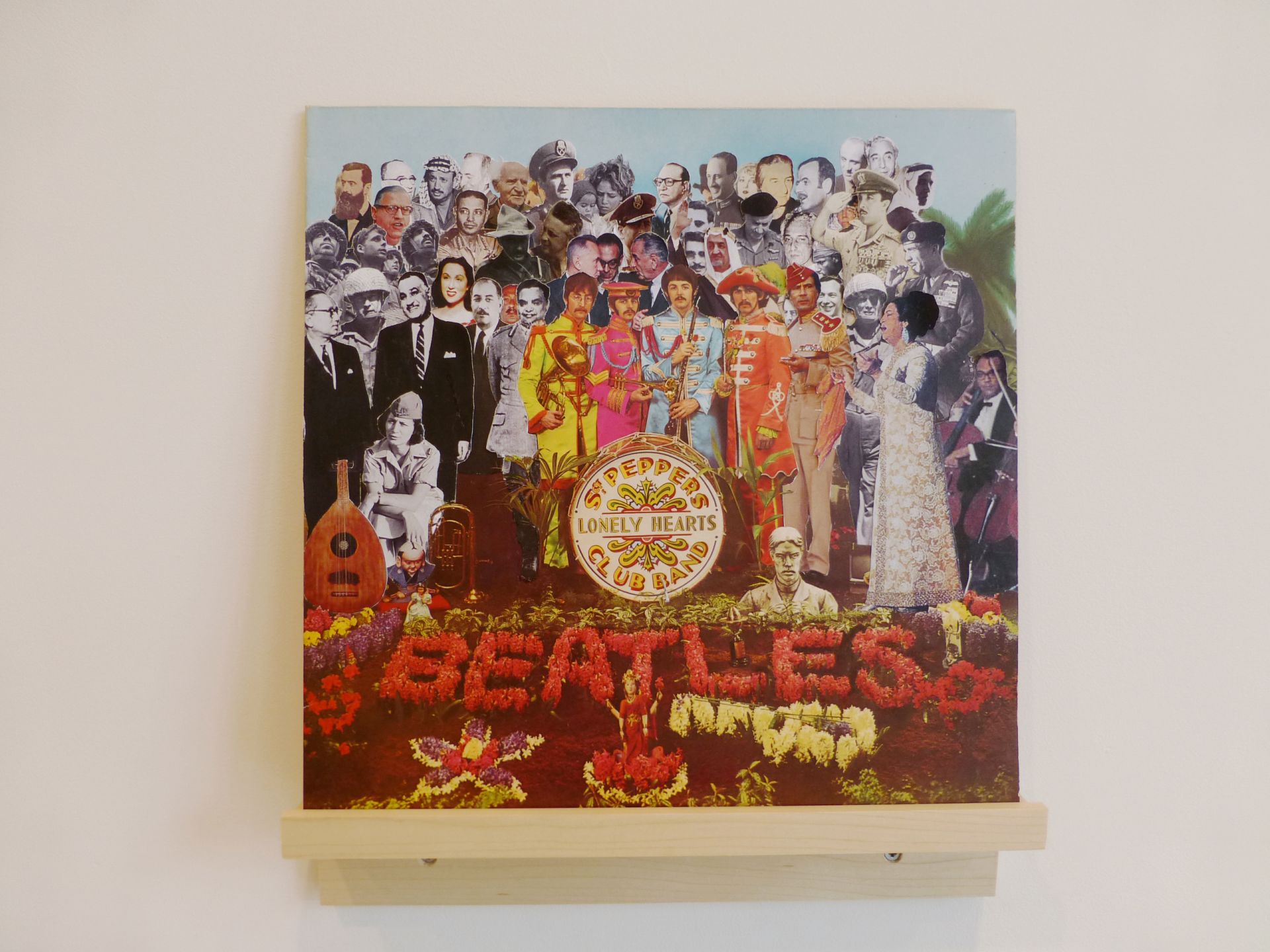 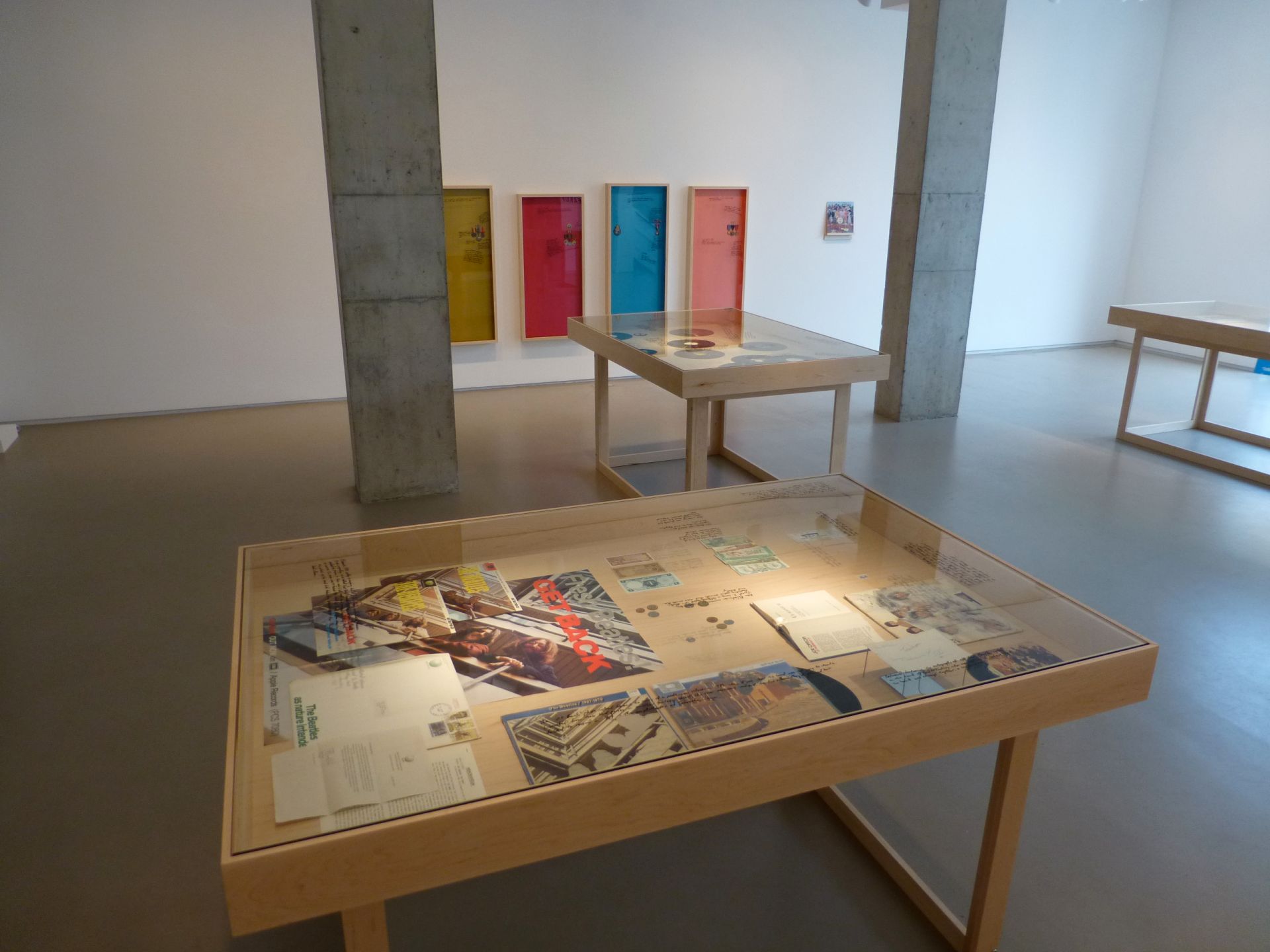 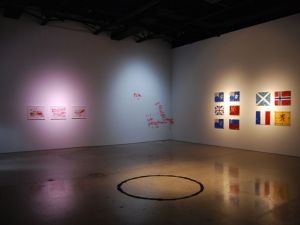 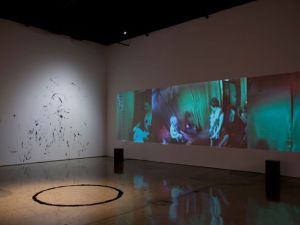 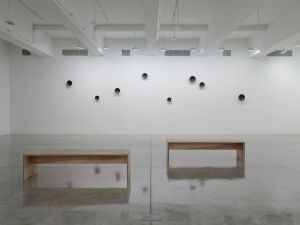 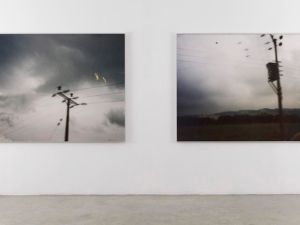 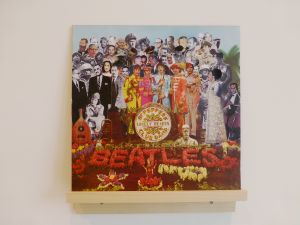 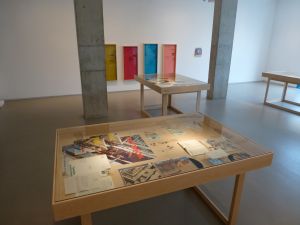 The seemingly innate capacity of music to fuse direct emotion with a more ideational connection to the culture at large is the envy of many a visual artist, so it’s unsurprising that it remains a thematic touchstone even as styles push relentlessly forward or circle back to their roots. Three Chelsea galleries are kicking off the fall season with exhibitions centered on creative explorations of the myriad contexts, uses, and meanings of organized noise. While both Michael Rakowitz at Lombard Freid Projects and the pairing of Karen Kilimnik and Kim Gordon at 303 Gallery deal in the cultural reverberations of rock and pop history by way of artifacts and performances—playing too with the notions of authenticity that invariably surround them—Susan Philipsz at Tanya Bonakdar Gallery looks further back and ponders a different tradition, drawing on early twentieth-century avant-garde classicism in the service of a quieter, more introspective narrative.

Mr. Rakowitz focuses on the Beatles’ famous breakup in 1969, applying his special mastery of the archival form to an intricate picking-apart of this traumatic and still-contested event. The iconic subject alone all but guarantees a degree of fascination, and the artist’s worrying over fine detail will appeal to lovers of the flowcharts of influence and cross-pollination that Pete Frame compiled in his “Rock Family Trees” books. But Mr. Rakowitz’s research goes beyond the more familiar aspects of the Fab Four’s parting, tracing a lesser-known connection with contemporaneous events in the Middle East. We learn, for example, that Paul McCartney had planned a series of concerts—which would have been the band’s first in three years—at large venues across North Africa, a proposal reportedly nixed by Ringo Starr and replaced by a low-key farewell in the form of an abbreviated lunchtime set on the roof of EMI’s London offices.

“The Breakup” began life as a radio series commissioned by Al Ma’mal Foundation for Contemporary Art in Jerusalem. Taking the audio tapes of Michael Lindsay-Hogg’s Beatles documentary Let It Be as his starting point, Mr. Rakowitz expanded his production into the multimedia collection currently on display. A group of vitrines is stocked with artifacts ranging from letters and other printed ephemera to recordings legitimate and bootleg. In one, an array of albums is annotated with handwritten captions that pinpoint various possible beginnings-of-the-end: “Yoko says something here,” indicates one, “Did she interrupt the band? Does the inclusion of a new entity spark their dissolution?”; “[Brian] Epstein dies of a drug overdose five days after ‘Your Mother Should Know’ was recorded,” offers another. “So this groove must be the final moment the band was truly together.” Mr. Rakowitz here infuses slabs of vinyl with the aura of the Dead Sea Scrolls, leaving us to decide their ultimate significance.

He certainly isn’t the first to reanimate a musical figure or appearance—see Slater Bradley’s doubling of Joy Division’s Ian Curtis, for example, or Iain Forsyth and Jane Pollard’s restaging of legendary shows by the Smiths and the Cramps—but in persuading a defunct Palestinian Beatles cover band to reform and play the mop-tops’ final set on the roof of the Swedish Christian Study Center in Jerusalem, superimposing them against the Old City and the Dome of the Rock for a new video and pressing up the performance as an LP, he steps up to a still-higher level and more thoroughly enmeshed variety of reflexive play. In their first two-person show, Ms. Kilimnik and Ms. Gordon—the latter of course a “famous” musician in her own right as a member of Sonic Youth—also seem to be aiming at a problematization of the idea that any work, whether consumed “live” or as product, can be considered definitive or understood without a multiplicity of contexts. But while both artists have put their names to oeuvres of unarguable influence, their efforts here are only intermittently engaging.

The double-header is centered on a pair of videos separated by some 25 years. Ms. Kilimnik’s Bananarama Guilty, 1987, is a self-consciously dissonant remix of golden-era MTV pap in which a televised concert by the mega-selling girl group is cut with a maelstrom of interference and other material, including fragments of Madonna vehicle Desperately Seeking Susan and a cheesy fashion segment. Ms. Gordon’s Proposal for a Dance, 2012, is scripted for “two performers, two electric guitars, and two Rodarte dresses” (the label-specificity of the last component perhaps a nod to the Fashion Week shenanigans surrounding the show’s opening). Its subject is a claustrophobic performance in which the participants’ convulsive writhings seem to both produce and interpret a wall of dissonant sound. The aesthetic, which overlaps with a litany of experimental music sub-genres from punk rock to post-rock, is not without power. But where Mr. Rakowitz’s project is in part about the existence of an external fan-base—the Beatles’—Ms. Gordon’s feels reliant on the indulgence of her own.

The remainder of the show, a ring of black glitter and a “performative” wall-splatter by Ms. Gordon and some early-’90s Manson-family-referencing scrawls and recent flag paintings by Ms. Kilimnik, looks half-hearted, a hodgepodge. Susan Philipsz’s installation is, by contrast, a tightly focused affair that bypasses the pop-rock continuum altogether in favor of an allusion to the work of Franz Schreker, an Austrian composer whose opera Der ferne Klang (“The Distant Sound”) gives the show its title. Schreker’s piece concerns a composer who realizes only on his deathbed the significance of ambient sound. Berlin-based Ms. Philipsz, who made her name with site-responsive works exploring singing and song, here manipulates instrumental and environmental sounds, fragmenting Schreker’s composition over two walls dotted with speakers so that almost every note is physically separated from the rest. Stirring other sounds into the mix, Ms. Philipsz turns music back into (gentle) noise and underscores its capacity for defining physical space as well as psychological mood (which in this case is wistful, pining, and melancholic). A video and two large, murky photographs of trains passing in the night add to the atmosphere, but finally it’s what we hear that lingers in the memory.