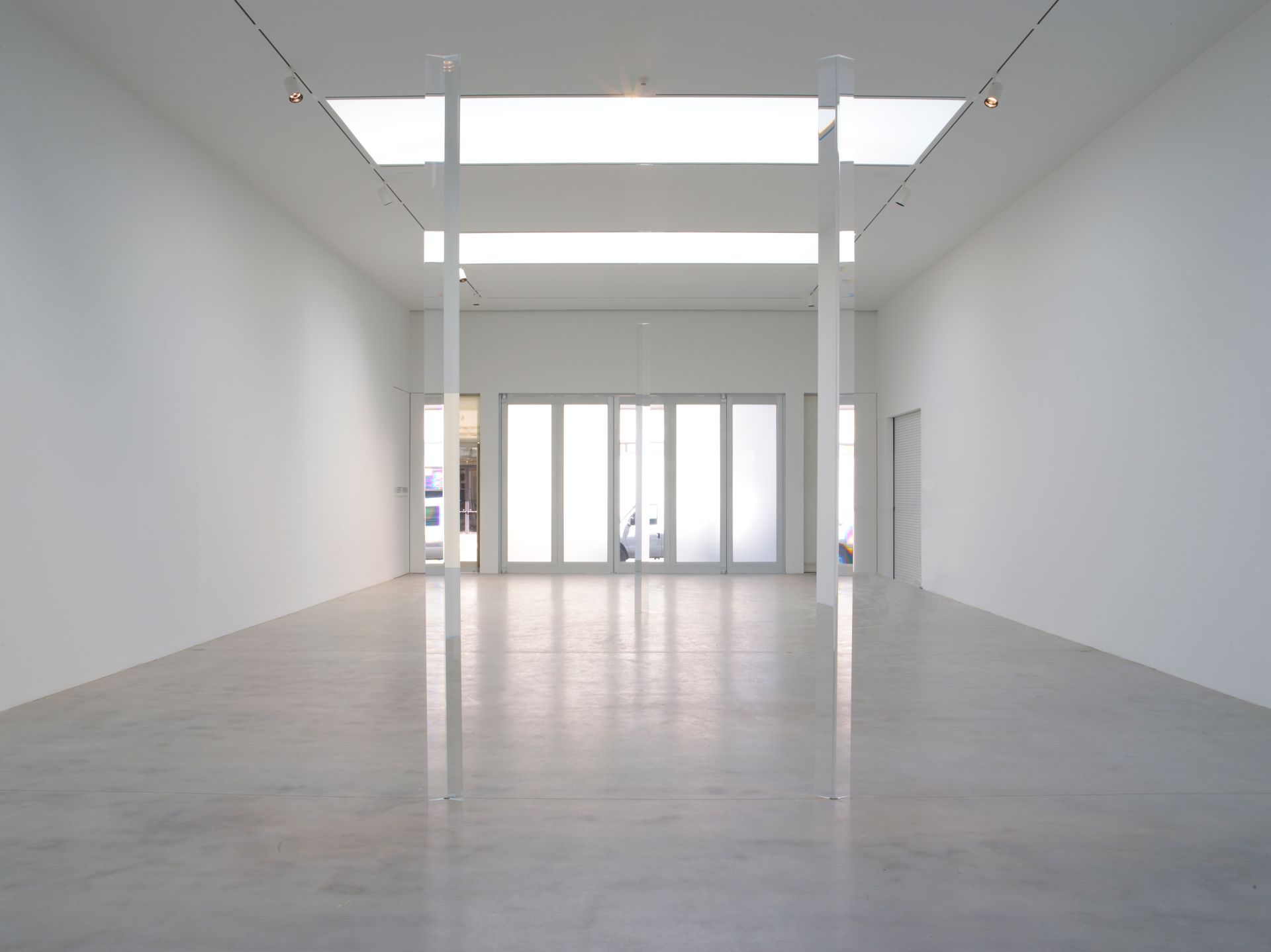 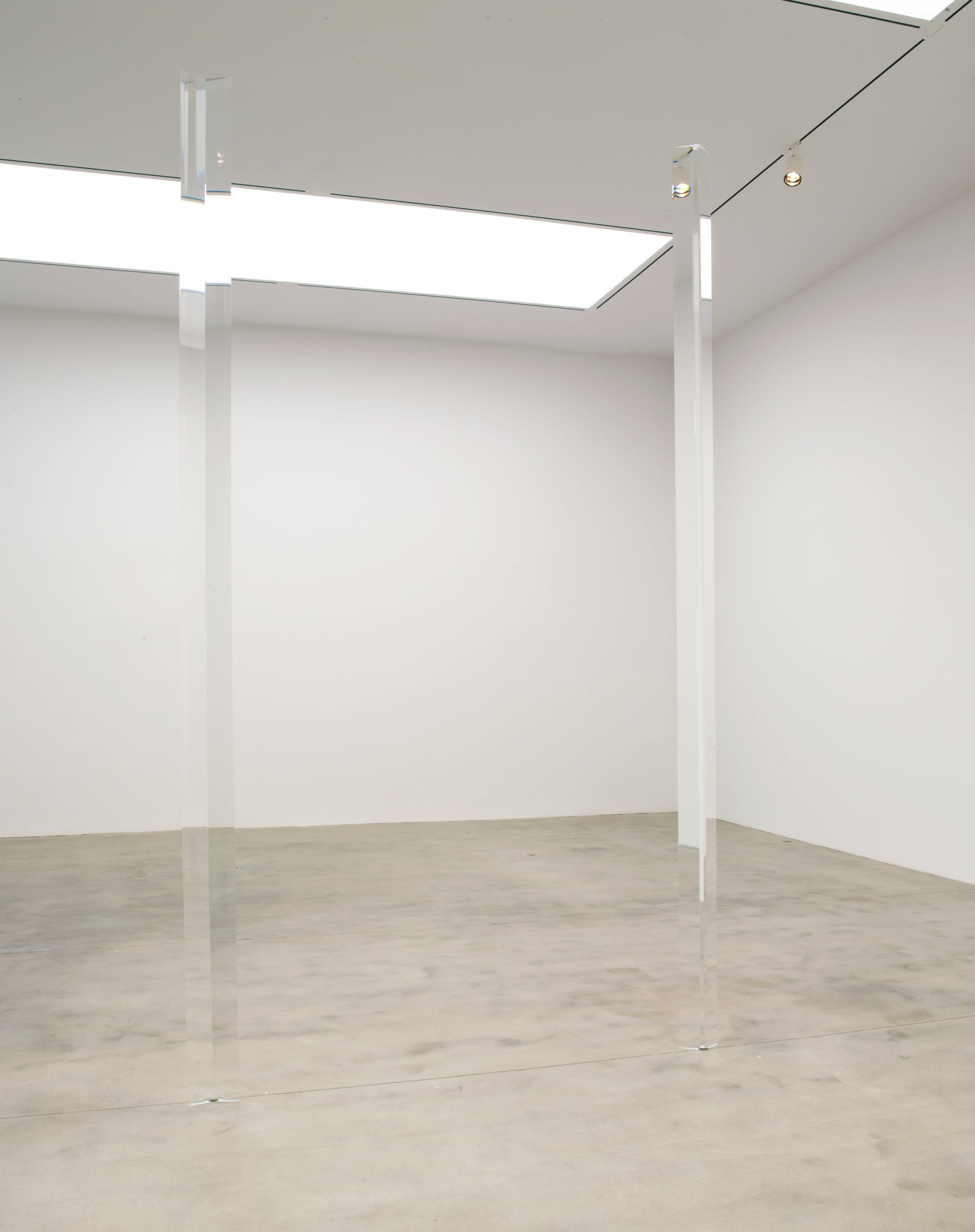 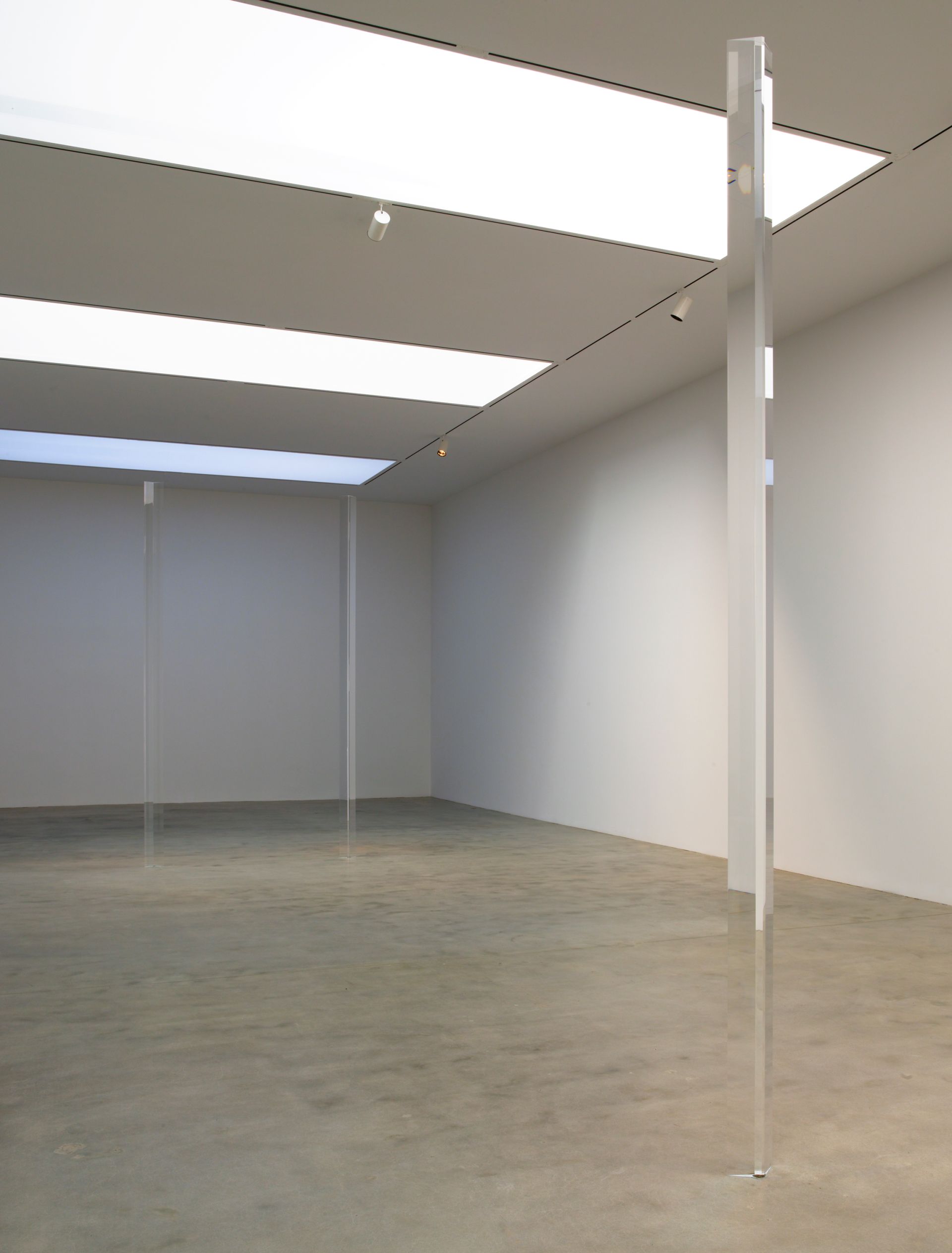 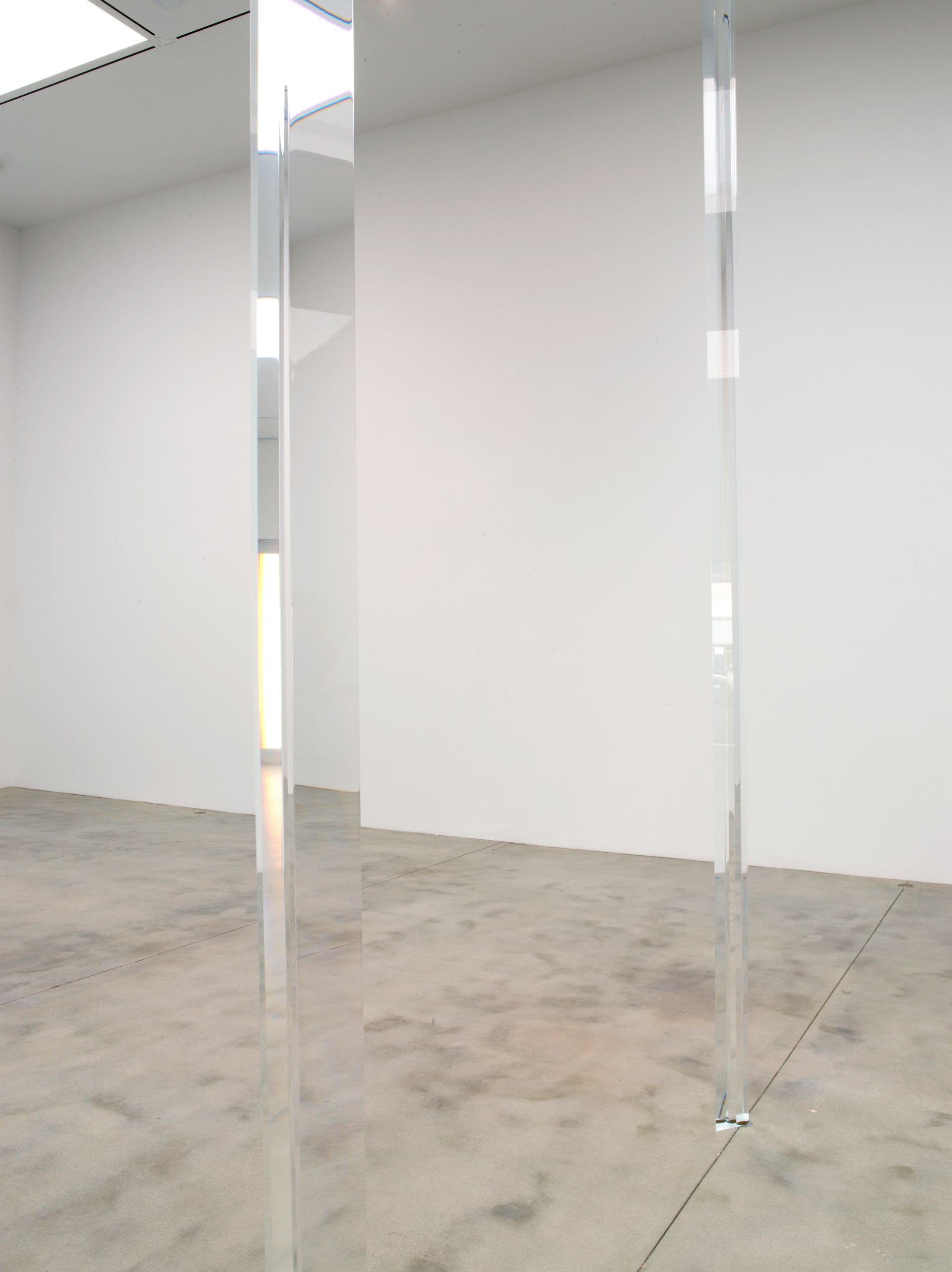 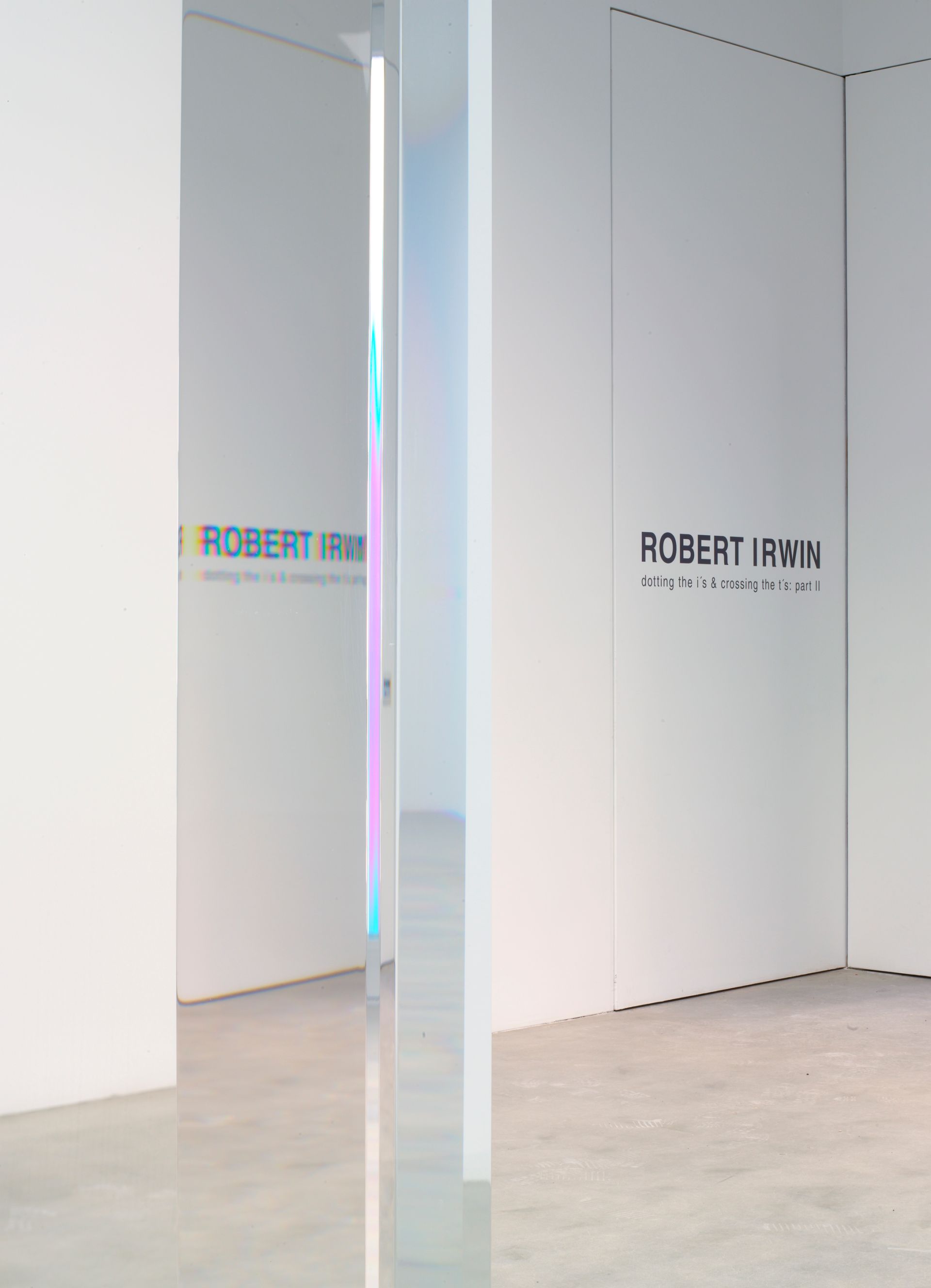 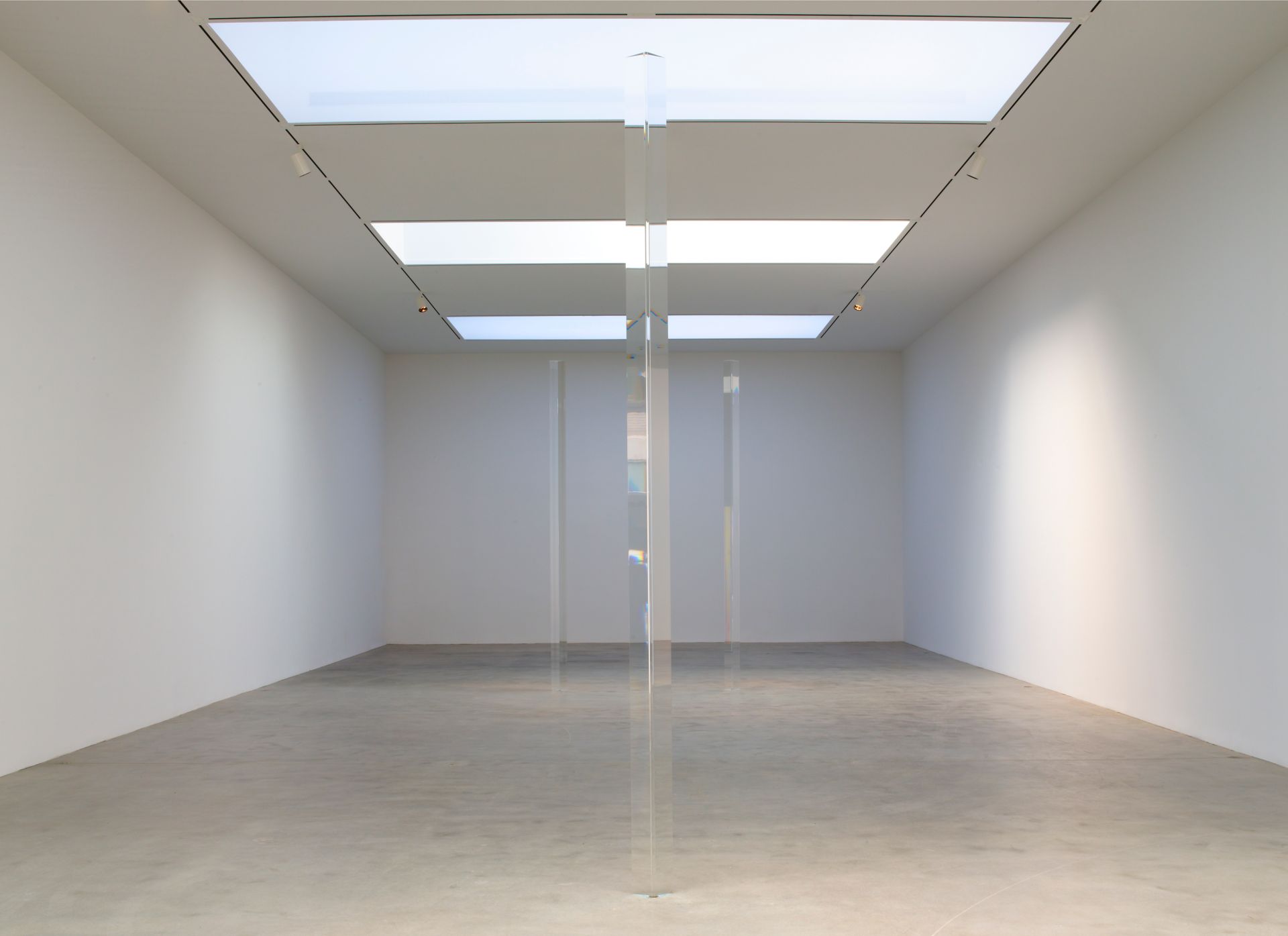 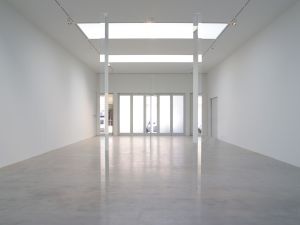 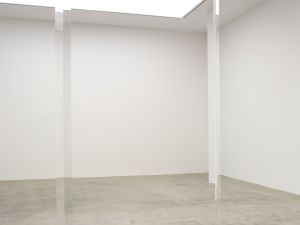 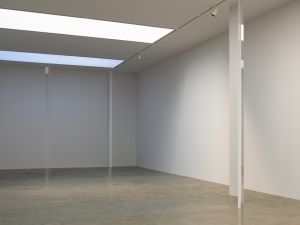 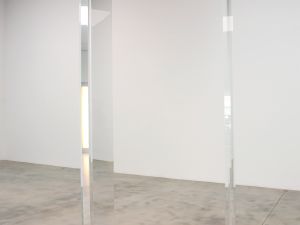 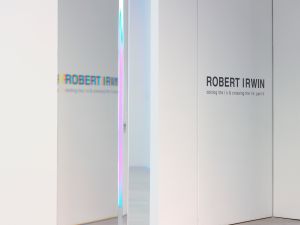 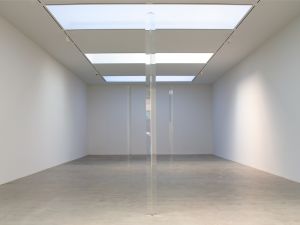 Back in the early 1970s Robert Irwin built what he called “the third-largest optical instrument in the world,” a 33-foot-tall column of clear acrylic that was to be barely perceptible to the eye when it was properly installed and polished. Unfortunately, that never actually happened. The collector who commissioned it died before it was finished, and a subsequent installation—in a mall—was handled rather clumsily. It eventually went into storage. (The Los Angeles Times told that story back in 1993.)

After substantial refurbishment, that monumental, ethereal work is now set to be installed at the San Diego Federal Courthouse at the end of this year. One can imagine it becoming a must-see work for contemporary art fans visiting Southern California. For now, though, New Yorkers looking to experience the Irwin touch are lucky enough to be able to head over to the Pace Gallery at 510 West 25th Street, where three columns by Mr. Irwin, each about 16 feet tall, are on view through Oct. 20 in a show called “Dotting the i’s, Cross in the t’s: Part II.” (Another Irwin show, “Part I,” is on view at Pace’s 57th Street branch.)

When I met with Robert Irwin at the gallery earlier this month to profile him for The New York Observer, he was experimenting with different lighting arrangements. “These things sit on a delicate edge,” Mr. Irwin said at the time, as he figured out how he wanted them to look. Under certain lighting, they looked a bit yellow. At other moments, they almost completely vanished.

Each time I’ve visited the show since then, the columns have looked different, depending on the time of day and the weather conditions outside. They can elude the eye, but they can also be gloriously present, streaking light along the floors and walls, brightening up the space in unusual ways. It is a show worth seeing a few times, perhaps at both the start and end of a Chelsea visit, a barometer of sorts for observing just how much has changed in the air around us over a few hours without us ever even noticing it.