Look, we here at The New York Observer are no scaredy-cats when it comes to haunted houses. After all, we’ve overcome waterboarding for the sake of journalism to make last year’s Halloween something special.

But even we are getting a little bit tired of the “real” horrors that producers have started coming up with in order to test our boundaries. For instance, this new haunted house by the creators of Paranormal Activity (1-4) and Insidious sounds terrible, and you couldn’t pay us enough money to go to Los Angeles and try it out. (Actually, you probably could … that number is around the dollar amount of a round-trip plane flight.)

Visitors will tour the twisting corridors of an eerily haunted theater whose stage was home to one of the world’s most deranged, dark art magicians during the heyday of 1920s vaudeville. That is, until one tragic performance when his assistant climbed into a magical box and vanished forever. The theater was shut down instantly and permanently closed to the public … until now.

Filled with terrifying sights, sounds and smells, The Blumhouse of Horrors will bring visitors face-to-face with the ghostly spirits of the magician and his disciples -all of whom continue to hone their craft, on the lookout for volunteers for tricks that could end in disappearance or death.

As you know, there is nothing in the world scarier than a terrifying SMELL. (Maybe terrifying taste?) And it goes along with the ultra-scary name they’ve cooked up for the experience at the Variety Arts Theater: Blumhouse of Horrors. What’s more creepy than a misspelled James Joyce reference? 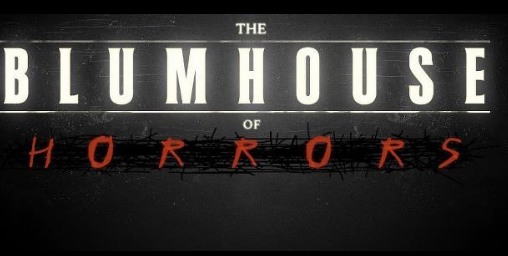