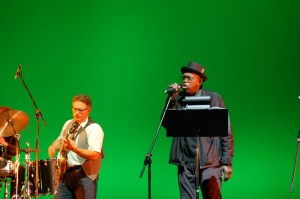 Malcolm Mooney, the original vocalist for Can, will perform at tomorrow’s preview for the New York Art Book Fair, in MoMA PS1’s Performance Dome. His new three-track EP is being released by White Columns’ record label. (White Columns will also be presenting a whole slew of books, music and editions by a lot of great folks including Billy Childish, Richard Kern, Lynda Morris, Bob Nickas, Nate Lowman and others.)

Mr. Mooney sings on Monster Movie, Can’s debut, which is really something else.