If there’s one thing all Americans likely understand in some cursory manner about Mitt Romney, beyond the matter of his religion, it’s that something is curious about the way he pays his taxes. Most Americans, for example, don’t have dealings with shell corporations in the Cayman Islands. Also, in the circumstance that they’re asked for their tax returns, most Americans usually don’t have a choice as to whether or not they’re going to produce them. But as of yet, the Republican candidate for the highest office in the land hasn’t exactly seen his tax returns become a matter of interest within pop culture. Until now.

Kanye West’s newest album, Cruel Summer—a compilation of his G.O.O.D. Music label’s artists—is to be released next Tuesday, September 18. A few of the tracks have already been released, but today saw the release of the album’s opening track, To The World, which features R. Kelly singing the hook. And at two minutes and 25 seconds in, the following verse comes from Mr. West:

For those in need of contextual help herein: Rick Ross is a fellow rapper, and “stacks” refers to money. In other words:

And I’ll never let my son have an ego.
He’ll be nice to everyone
wherever we go.
I mean
I might even make him be Republican
So everybody know he love white people.

And now Mitt Romney can say his taxes have been rapped about. Which his opponent can not. 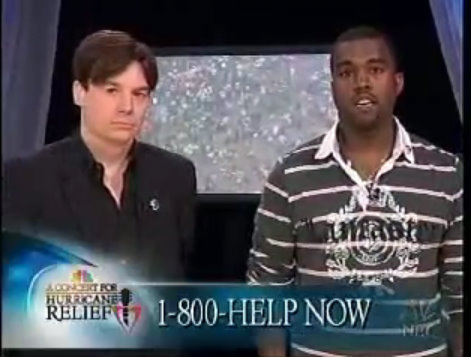