Why are you jogging in a polo, Mitt? (Photo: flickr.com/marcn)

As anyone who’s paid any attention over the last six months will undoubtedly already know, Mitt Romney has about five dollars more than God. Consequently, the man does things like set up trust funds for his children and grandchildren, which has enabled the Romney clan, as a whole, to sidestep paying quite a lot of taxes. And that’s why there are little Romneys scampering about who probably did better at Bubble 1.0 than many of you.

According to Bloomberg News:

“In January 1999, a trust set up by Mitt Romney for his children and grandchildren reaped a 1,000 percent return on the sale of shares in Internet advertising firm DoubleClick Inc.”

Known as an “I Dig It” trust–proving that even accountants are not immune from cutesy dot-com-style naming practices–the structure allowed Mr. Romney to skip paying a gift tax rate as high as 55 percent. That adds up to quite a lot of money:

“Romney or his trust received shares in DoubleClick eight months before the company went public in 1998. The trust sold them less than a year after the IPO. The trust’s sale of the DoubleClick stake made it possible to save hundreds of thousands of dollars in estate and gift taxes.”

And that is why you do not get to go to Tahoe. 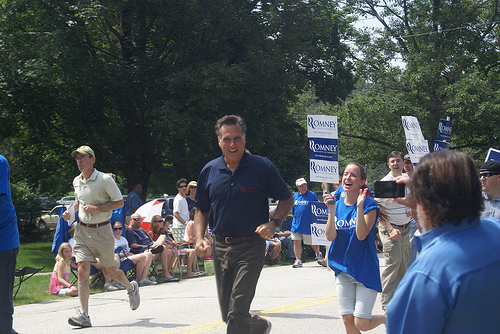