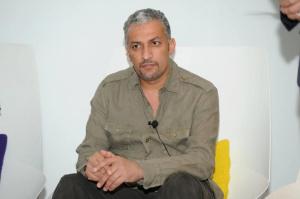 For its third outing at the Venice Biennale, the United Arab Emirates will show the work of artist Mohammed Kazem, Artforum reported today. Reem Fadda, the associate curator for Middle Eastern Art at the Guggenheim Abu Dhabi Project, will handle curatorial duties.

Mr. Kazeem appeared in the sixth, seventh and eighth Sharjah Biennials (2003, 2005, 2007) in that emirate, and participated in the 2009 Venice Biennale as part of Abu Dhabi’s “platform” there, which was organized by curator Catherine David.

In a statement quoted by Artforum, Ms. Fadda said, “The curatorial research for our pavilion’s presentation in Venice will see Kazem as the leading individual artist and thinker he is and highlight his contribution to the local artistic heritage.”

The 55th Venice Biennale opens June 1, 2013. A complete list of artists featured in the 2013 national pavilions is available here.