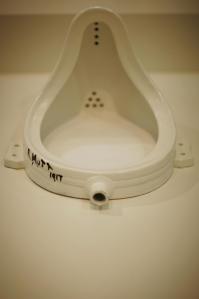 In case you missed it in person, here’s a recording of a Swiss Institute panel with John Armleder, Bob Nickas, John Miller and Haim Steinbach on the topic of art and objects. Gianni Jetzer moderates. “The readymade is obsolete,” says Mr. Steinbach. [Swiss Institute]

The Philadelphia Museum of Art has installed an Ellsworth Kelly sculpture on its lawn. It’s from 1973 and made of weathering steel. Judging by the photographs, it looks great. [ArtDaily]

Eric Clapton’s watch, a 1987 perpetual calendar chronograph with moon phase by Patek Philippe, is expected to realize over $4 million at a Swiss auction. [Bloomberg]

Peter Plagens is the latest critic to weigh in on the Met’s “Regarding Warhol” show. The headline of the article is “A Case for the Obvious,” and it has one amazing kicker. [WSJ]

Works from the Scheringa Museum collection sell out at Christie’s Amsterdam. [The Art Newspaper]

From late last night: MoMA will be open seven days a week beginning next May. [GNY]

“Shanzhai Biennial is a biennial in as much as Juicy Couture is couture.” [Dis Magazine]