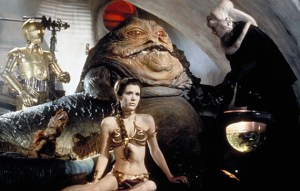 A Renoir, which was bought for a few dollars at a flea market and was headed for auction, has been removed from the auction as the Baltimore Museum of Art claims it was stolen from the museum in 1951. [ArtDaily]

Camille Paglia has written a book about art called “Glittering Images: A Journey Through Art From Egypt to Star Wars.” [NYT]

“When Art and Food Unite: Restaurants and Galleries Bring a New Appreciation to the Dining Experience” [WSJ]

The Cincinnati Art Museum plans a conceptual piece whereby someone shoots a block of bronze. [Cincinnati.com]

Yves Klein is hot and everyone wants to sell. Even the Brooklyn Museum! [NYT]

Carol Vogel profiles Wade Guyton, who has “long, wavy hair and [an] affable demeanor,” in advance of his Whitney show. [NYT]

Roberta Smith reviews Andra Ursuta’s sophomore outing at Ramiken Crucible, calling her decision to smash out the front windows of the gallery “a bit of institutional critique worthy of Michael Asher, if somewhat more violent.” [NYT]