A report from WNYC’s New Tech City indicates that in addition to driving themselves, our cars may one day be able to have conversations, as well. New Tech City’s Manoush Zomorodi questioned Transportation Nation‘s Alex Goldmark in the clip below and Mr. Goldmark said the future is in machines using Near-Field Communication (NFC) to communicate via shortwave.

Mr. Goldmark’s description of life with machines chattering around us sounds great, on the surface:

We’re going to be seeing a world where things talk to each other and make a lot of the decisions faster and quicker than we humans ever could. We’re going to have cars that are speaking on these basically shortwave radio conversations with the stoplight saying “Hey, I’m coming up here.” That’s going to be talking to the train coming down the way and saying “Hold on.” The car may even know how to break ahead of time.

Mr. Goldmark goes on to report that the city of Ann Arbor, MI has begun testing cars with NFC just to see how they handle daily urban traffic use.

You can listen to the conversation between Ms. Zomorodi and Mr. Goldmark below.

We’re already hoping our cars will eventually go from friendly proximity warnings to smack-talking and finger-gesturing protocols as well. 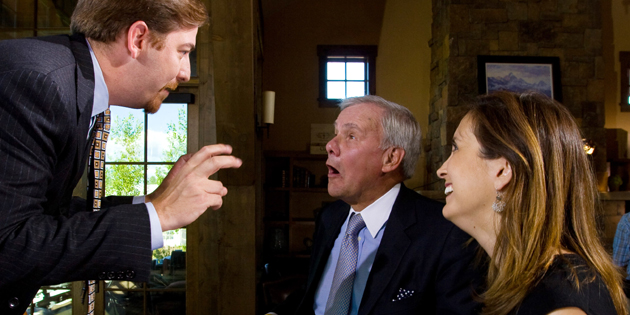