Though Uncle Rush has been playing coy with the rumors that he’s dating the 26-year-old Angolan former Miss Universe, last night the couple showed up at the Waldorf-Astoria, all but confirming their romantic status’s upgrade from “It’s Complicated.”

Leila Lopes, who had to give up her crown in June to her successor, was holding hands with Russell Simmons as they made the way down the red carpet for the South-South Awards celebrating e-government and sustainable tourism.

The night brought presidents and first ladies from around the world (who admittedly were probably there for this week’s U.N. summit, but what the hey, if it worked for Bill Clinton’s CGI, why not this?), though no one drew more looks than the gorgeous Ms. Lopes, who won an award for her work as the UNCCD Drylands Ambassador.

Though the two have been out in public before looking chummy, and they have the Twitter history to prove that they, like, like-like each other, it was the hand-holding that did it for us. After all, when was the last time a guy you were just casually dating let you hold his hand in public? Now imagine that scenario, plus a thousand paparazzi, and you’ve got a pretty smitten mogul. 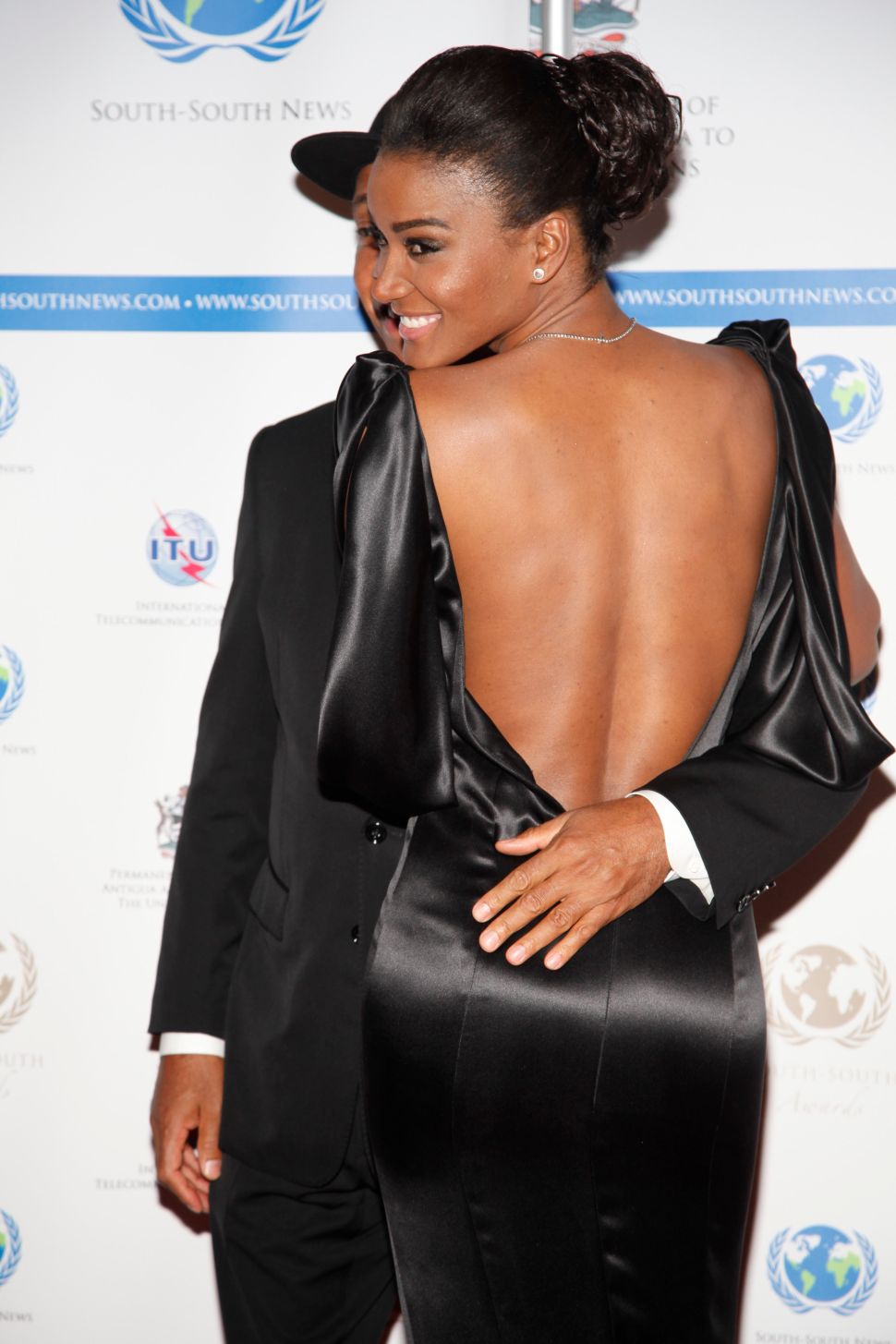