Negotiations over The New York Times union contract started up again this week, and labor and management are already at loggerheads, with union members fuming over the “disrespect” they’ve been shown so far. The stakes include not just material considerations like raises and guaranteed pension payments, but the once-cozy relationship between the newsroom and the Ochs-Sulzberger clan which controls the company. As publisher and acting CEO, Arthur Sulzberger Jr. will call the shots.

While some Times watchers foresee a peaceful resolution, Edward Atorino, a media analyst at Benchmark Co., said, “It could get nasty. There could be a strike.”

The talks are being led by Bernard Plum, an employment lawyer at Proskauer Rose who represents Times management, and Newspaper Guild of New York President Bill O’Meara.

In a series of videos posted on YouTube this year, the guild detailed the negotiations, which have dragged on since the contract expired in March 2011. Among the sticking points:

In what some staffers perceive as a disconnect, Times management is trying to get rid of the pension at a time when the company is sitting on a mountain of cash estimated at about $800 million. In the past year, the company has sold a number of assets, including its regional newspaper division, its remaining stake in the Boston Red Sox and the website About.com.

But as of the end of 2011, the company owed about $522 million to its pension funds, and the conventional wisdom among industry analysts is that traditional newspapers need to restructure their retirement benefits, replacing pensions with 401Ks.

The Times has enough money this year to continue paying its pension liabilities, analysts say. But if Mr. Sulzberger allows the pension plan to survive, it could hurt the company in other ways.

“If Arthur rolls over and gives in to the union,” said Mr. Atorino, “the stock’s going down.”

Mr. O’Meara and Mr. Plum did not respond to requests for comment. A Times spokesperson said that the company seeks a fair and equitable solution to the contract dispute. 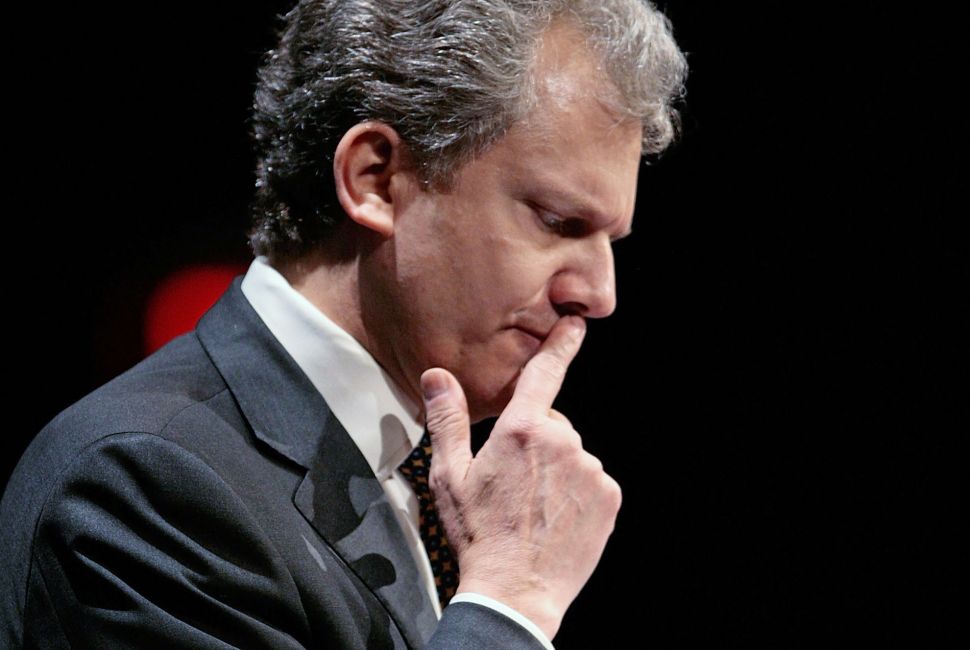