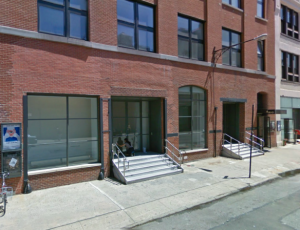 Babcock Galleries, the oldest gallery in New York, has moved to Chelsea. This Thursday the gallery, which was founded 160 years ago and was formerly located on Fifth Avenue near 57th Street, will celebrate its move with a soft opening, inaugurating its new space with a survey of roughly 250 years of American art. “This is How We Do It” will present 25 artists  from Thomas Eakins and John Singleton Copley to Jules Olitski and Andy Warhol, as well as contemporary artists Margaret Bowland, Marylyn Dintenfass and Jenny Morgan, among others.

Along with its new look, the gallery, now located at 525 West 25th Street, has a new name, Driscoll Babcock Galleries, named after its owner John Driscoll. And while it’s known mostly for its focus on American art, its move to Chelsea reflects its intention to expand its scope to include more contemporary artists on its roster while continuing to show historically important artists.

“Classic historical art always has currency in contemporary cultures and great contemporary art informs not only our own moment, but our perspective on Classic art,” said Mr. Driscoll in a statement. “When speaking of great works of art, Classic equals Contemporary, and Contemporary equals Classic.”

Mr. Driscoll told The Wall Street Journal, “Someone once said that going into Babcock was like going into a white-shoe law firm.” Well, no longer.