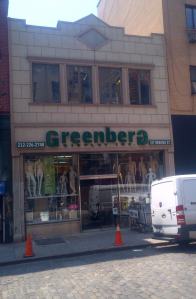 Nicelle Beauchene Gallery and Jack Hanley Gallery are moving to 327 Broome Street, sharing a joint space in a historic two-floor building on the same Lower East Side stretch that will be the new home of Canada gallery, as well as Marlborough Chelsea’s downtown outpost.

“A lot of our artists were making much larger works, which we just couldn’t house,” Ms. Beauchene said in a phone interview. Each floor of the building is 2,000 square feet. The downstairs portion has 16-foot ceilings and there are skylights on the second floor.

“We’re going to alternate between the spaces,” Ms. Beauchene said. “Every other show we’ll switch.”

She said she struck the deal with Mr. Hanley, a former San Francisco dealer whose gallery is currently in the art world no man’s land, far west in Tribeca on Watts Street, through James Fuentes, who had been hearing both dealers talk about wanting to move. (All three are on the board of the New Art Dealers Alliance.) Mr. Hanley’s neighbor in Tribeca, KS Art, also recently moved east, into dealer Lisa Cooley’s old space on Orchard Street.

“I was aware that Nicelle had found a space, and it was a massive undertaking, and she was thinking of partnering up with somebody,” Mr. Fuentes, whose gallery is at 55 Delancey, said. “I always talk to Jack about Tribeca. I like Tribeca a lot, and I think it’s unfortunate that it’s not an ideal neighborhood for a gallery. Jack didn’t have an urgent desire to move, but I’d been talking to him about how great the community was over here. It’s been an ongoing conversation between Jack since he relocated to New York City. I think now that Jack is moving over here, he’s super excited and really inspired by what it might mean for the gallery.”

The galleries will move into the new space around December. For now, though, 327 Broome still houses a display store. It is currently filled with naked mannequins. Ms. Beauchene’s first show will be a solo exhibition by Louise Despont, who also inaugurated the old space when it first opened in 2008. Mr. Hanley’s first show is still in the works. For him, the move is a larger one geographically than Ms. Beauchene, who is currently around the corner on Orchard, and it’s bigger in a symbolic way as well.

“Even in San Francisco,” he said, “I was always a little bit out of the crowd of other galleries, if there even was much of a crowd. Here, I liked my space, I liked my block, I was near the water, but other than openings, it was hard to get people into the gallery. The new neighborhood, it’s not as quiet. But that’s good and bad.”