Nite Moves, a strip club in Albany, N.Y., deserves the same treatment as the New York City Ballet in the eyes of the tax man. That’s the basic argument before New York’s highest court right now. Nearly a half-million dollars are at stake if the establishment wins the case and achieves tax-exempt parity with other fine purveyors of the terpsichorean arts. Public Radio International’s Studio 360 reports that the club has been victorious in the past:

The case has gone back and forth. Nite Moves won the first round of litigation in 2009, but an appellate court reversed that decision a year later.

At issue is whether exotic dancing falls into the legally defined category of “choreographed performance.”

The Albany-area club, which serves neither food nor alcohol, claims that its cover charges and fees for private dances cannot be subject to sales tax simply because the dancers grind more than they jeté.

In court papers Nite Moves’ Attorney Andrew McCullough has contended the state has often acted as “dance critic,” even allowing amateur dance groups tax breaks on ticket sales. Mr. McCullough has also had an author of books on dance testify about the standard moves in pole-dancing as well as the fact that legendary choreographer Georges Balanchine would sometimes go to burlesque shows for inspiration.

The court is expected to issue a decision later in the Fall, and the ruling could ripple across the country, affecting similar cases in other jurisdictions.

It is less likely any legal legitimizing of exotic dance will end up with collaborations between establishments like Nite Moves and, say, the Metropolitan Opera, but we can dream. 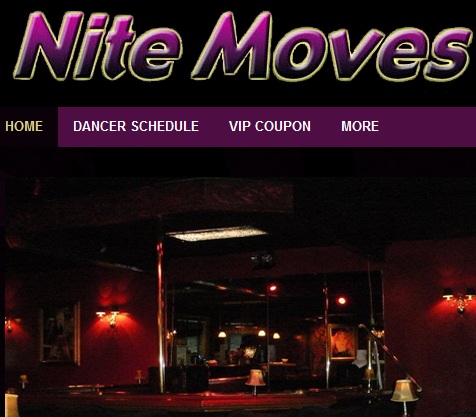