The Superintendent of Public Works for North Bergen Township pleaded guilty today to routinely using municipal employees for household chores and personal projects at his home while they were on the clock being paid by the municipality.

James Wiley frequently directed the employees to work at his home on Saturdays, when they received time-and-a-half overtime pay for their hours, and the tasks ranged from cleaning his house and swimming pool to helping build an addition, according to the state Attorney General’s Office.

The 67-year-old Wiley, of North Bergen, also admitted that on three occasions, he had groups of public works employees assigned to perform work for a political campaign while on duty or while being paid overtime by the township, and signed and submitted fraudulent paperwork that indicated they were doing legitimate work for the Department of Public Works.

Wiley pleaded guilty to an accusation charging him with second-degree conspiracy to commit official misconduct before Superior Court Judge Joseph V. Isabella in Hudson County.  The plea agreement calls for Wiley to be sentenced to five to 10 years in state prison, the standard range for second-degree crimes.

Wiley was charged as a result of an investigation by the Division of Criminal Justice Corruption Bureau.  Wiley must forfeit his job and will be permanently barred from public employment in New Jersey.  He must pay restitution to the township in an amount to be determined for any wages paid to municipal employees for time spent working at his home.

“Wiley’s abuse of power in exploiting municipal employees for his personal chores and home improvement projects is an affront to every honest taxpayer and worker,” said Attorney General Jeff Chiesa. “It takes hard work and hard-earned money for the average person to maintain a home, but Wiley, in his greed, decided to do it on the taxpayers’ dime. Beyond that, he participated in the unlawful assignment of public workers to political activities.  We won’t stand for such corruption.”

“Prosecuting public corruption is a top priority of the Division of Criminal Justice, and guilty pleas such as this one send a powerful deterrent message to those who might otherwise unlawfully use their public office for personal gain,” said Stephen J. Taylor, Director of the Division of Criminal Justice. “We expect to file additional charges in our ongoing investigation.  We urge anyone with information about official misconduct to contact our office confidentially.”

The state’s investigation revealed that Wiley abused his authority as superintendent of the Department of Public Works (DPW) by directing that subordinate workers perform a wide range of tasks for his personal benefit at his home on Heindel Avenue in North Bergen while they were being paid by the township.  In pleading guilty, Wiley specifically admitted that between January 2008 and January 2012, he signed and submitted fraudulent timesheets to pay subordinate employees for 274 hours of labor, including 114 hours of overtime, that the employees actually spent performing personal household labor for Wiley at his home.

DPW workers were routinely assigned to work at Wiley’s house on the weekend, typically Saturday, when they received time-and-a-half overtime pay.  However, DPW workers were also sent to work at his home during regular work hours between Monday and Friday. The timesheets for the workers would falsely list work for the township, such as “yard maintenance” at the DPW complex.  Workers would regularly travel to and from Wiley’s house in DPW vehicles.

Frequently the DPW workers performed routine chores for Wiley, including housecleaning, window washing, pool maintenance, cleaning his gas grill, clearing away leaves, removing snow, and running to the store for household supplies. At other times, however, the workers were given special projects such as putting up Christmas decorations, helping to build and paint an addition to his house, and installing pavers and a hot tub.

In pleading guilty, Wiley also admitted that he had subordinate municipal employees assigned to perform work for political campaigns in Hudson County for which the employees were paid by the township.  The workers engaged in political activities such as canvassing neighborhoods, distributing campaign literature, and posting campaign signs.

“We are not surprised about Mr. Wiley’s admission that he was ordered to use DPW personnel as a political army protect the Sacco dynasty here in North Bergen and extend the state Senator’s influence to other communities in Hudson County,” said Mario Blanch of the North Bergen Concerned Citizens Organization. “We have already produced video evidence proving the misuse of public employees in the 2011 North Bergen municipal election, so it is not surprising that the same tactics were used in other nearby communities.

“What the state law enforcement authorities must do now is reveal who ordered Mr. Wiley – and perhaps others to engage– in these acts of political corruption.  James Wiley is merely a cog in a big county-wide political machine run by Nick Sacco. We believe Wiley’s orders came from the top echelon of the North Bergen and Hudson County Democratic organizations. Those are the people that ultimately have to be made accountable by law enforcement for illegal actions.”

Paul Swibinski, spokesman for the Township of Bergen, responded to the plea in a statement.

“We are very surprised and saddened by the actions of the Township’s former Assistant DPW Superintendent and very angry that taxpayer money could have been misspent for personal gain or political reasons,” Swibinski said. “The Township has fully cooperated with this investigation from the start and will continue to do so until it concludes.  The allegations made by Mr. Blanch regarding Mayor Sacco are completely false and motivated purely by his own unquenchable thirst for political power. ”

The state is continuing to investigate the misuse of North Bergen DPW employees to perform work for election campaigns in Hudson County, which allegedly has occurred for a number of years.

Wiley has been Superintendent of Public Works in North Bergen since 1995.  His current annual salary is approximately $122,000. 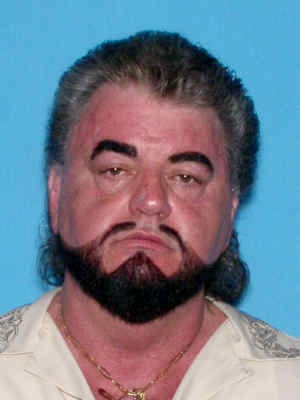