“By order of the prophet
We ban that boogie sound
Degenerate the faithful
With that crazy Casbah sound!”

Before we begin, let’s have a few moments of silence to honor the memory of Our Great Prophet, Joe Strummer.

Amen and Peace Be Upon Him.

Those are among our First Amendment rights.

Over at Google’s Android Play store, they had the right idea: sell a handy little app that could match up johns with hookers in major cities. The app promised to get you “all the sex you want.” Alas, New York Representative Carolyn Maloney shamed the company into pulling it this week.

Meanwhile, what to do with all the revenue? Maybe we could write a few checks to the ACLU so it can defend the rights of pornographers and pimps to publish what they want.

Let’s do all of that, under the name of free speech.

But there’s a limit to such freedoms. For instance, let’s not publish those cartoons of the Prophet Muhammad, and let’s not publish books critical of Islam’s treatment of women, and let’s definitely not reprint those rather funny cartoons of Mickey Mouse and Minnie Mouse dressed in Islamic garb that just got an Egyptian man sentenced to jail in Cairo for blasphemy. Blasphemy? What’s that, you say? You can find the definition in the Malleus Maleficarum, the Roman Inquisition’s witch-hunting guide. Look it up.

As the Prophet Strummer warned, “Shariah don’t like it!”

I love the First Amendment. I was the college kid who memorized pieces of Areopagitica, 17th century poet John Milton’s impassioned defense of free speech, a pamphlet advising that “I cannot praise a fugitive and cloistered virtue, unexercised and unbreathed, that never sallies forth and seeks her adversary.”

But when, on occasion, I’ve wandered abroad into somewhat dangerous zones with notepad and pen in hand, I’ve always felt as keenly as the hair standing up on the back of my neck that for me to actually die gathering information for couch potatoes and magazine readers back home would be a very stupid waste of my life.

Recent challenges to the principle of allowing ideas—especially about religious dogma—to circulate freely, the lifeblood of small-d democracy and of librarians and writers everywhere in the world, have made me reconsider whether there is any principle worth actually dying for.

I guess this thing called free speech is one.

Thanks to the internet, the Western ideal of letting ideas of every stripe—stupid, disgusting, brilliant, racist, offensive, pornographic, hateful, hysterical, crackpot—sally forth into the marketplace and fight it out on the field of reason and logic has gone global. But we’re not quite there.

Can’t you smell it? Not the campfire of burning American flags or the sting of tear gas, but that other smell? The one that’s been wafting around academies and newsrooms and publishing houses for a while, at least since that Indian-born Muslim became the most famous novelist in the world for a while, but couldn’t savor the moment because he was hunkered in safe houses and running around under an assumed name? It’s grown stronger since the Danish cartoonist who drew the Prophet with a bomb in his turban was attacked in his own safe room in his own house. The odor has been increasingly thick in Europe ever since the offices of the Paris satirical newspaper Charlie Hebdo were fire-bombed, and since Italian justices brought charges against dying writer Oriana Fallaci for tartly criticizing Islam’s treatment of women.

I hate to sound like a Fox-bot or a cigar-chewing general in a Hollywood film, but it smells like fear.

In Europe, where Islamists have been reacting violently against free speech regarding religion for years, a few publishers have lately begun standing up. Charlie Hebdo published cartoons featuring a figure who might have been the Prophet Muhammad with a naked rear-end, prompting Iranian students to demonstrate in front of the French Embassy in Tehran last week. In response, France closed embassies and schools in about 20 countries.

Meanwhile, the Pakistani government called a national holiday to allow the populace to protest against insults to Islam, and then fired live rounds on its thus-inflamed citizenry.

It’s not as though they don’t have other, legal channels for protest, either. A group calling itself Syrian Association of Freedom filed a complaint against Charlie Hebdo for “inciting hatred.”

Over in Germany, the satirical magazine Titanic announced plans to publish an issue lampooning Islamophobia, with a cover image that could be interpreted as depicting the prophet Mohammed. When asked whom the picture was meant to be, an editor commented: “Well, that lies in the eye of the beholder.”

Let me amend that. There is no shortage of American extremists on the right sounding the alarm, but they are buffoons like Newt Gingrich warning that Shariah is coming to Main Street, and the anti-Muslim blogger Pam Geller, who has announced a plan to post ads in the NYC subway describing jihadists as “savages” as contrasted with Israelis, who are equated with “civilized man.”

Progressives’ instinct for tolerance means that, by and large, the American response to the violent attacks on free speech has been muted. Back in 2006, the staff of the New York Press quit en masse after the publisher refused to print the offending Danish cartoon, but that little profile in courage is the exception, especially among the tolerant left. Yale Press in 2009 announced a decision not only stripping the Danish cartoons from a book about the provocative cartoons, but also to remove other images of Muhammad that were to be included, including images from children’s books.

And David Carr, perhaps the nation’s most prominent media critic, has so far taken a pass on the issue. Like most progressives, he is a defender of the First Amendment when it comes to advertising prostitution. Here’s Mr. Carr equivocating on Backpage.com, the classified advertising website owned by Village Voice Media—and only recently separated from its journalistic ventures—when it came under fire for running advertisements for prostitution, including that of children: “What if the price of having a vital, well-financed string of newspapers included rare, but inevitable, sexual predation of minors? Not a tough call, right? But maybe more complicated than you think for the businesses involved. Before you head out for the lanterns and pitchforks, it’s worth remembering that a free press is not free. One of the offshoots of free speech is that it will be used to pernicious ends.”

It is not only legal and acceptable, it is practically required under liberal orthodoxy, to have the freedom to not only insult but to traffic in women. In P.C. America, the last allowable taboo is misogyny.  Yet we dare not offend a God, and not just any God, but a particular God whose most extreme followers are among the world’s most misogynistic people, denying women education, the right to drive and the right to work? Meanwhile, whatever pockets of secular progressiveness exist in these new Arab democracies are left defenseless when Islamists allege that the United States—Satanic bastion of individual rights—cares more about the freedom to fuck than anything else.

Not to single him out, because his attitude is well within the norm, but as far as I can tell,  Mr. Carr has yet to use his bully pulpit in support of the right of writers, artists and filmmakers to say anything they want about Islam without fearing for their lives. While pornographers and dealers in trafficked women sometimes need to be defended from  the metaphorical “pitchforks” of anti-sex cadres, those same defenders tread with extreme caution on the topic of the literal firebombs, knives and pitchforks threatening free speech that’s haunted us ever since Ayatolla Khomeini placed a fatwa on Mr. Rushdie.

Apparently, no lawyer from the ACLU has signed up to protect the former meth-dealer who gave the world The Innocence of Muslims.

Like me in the war zones, there is an outer limit to what we will put on the line in support of our favorite Amendment. That limit ends at our asses.

Nina Burleigh has reported from Egypt, Israel and Iraq for Slate, the Daily Beast and Time. Her Byliner single on Islamists and women will be published later this year. Follow her at @ninaburleigh. 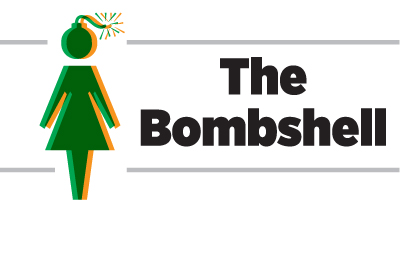