“I am proud of the team we have assembled to deliver a victory this November,” said Pascrell, who’s running against Republican challenger Rabbi Shmuley Boteach. “Our team is comprised of experienced and enthusiastic experts in Democratic politics, who will be working hard on my re-election as well as the re-election of President Obama, Senator Menendez and Democratic candidates throughout Bergen, Passaic and Hudson counties.

“As our team proved during a June election, this election will continue to be about working families across northern New Jersey.  They know that, especially this year, voters will want to elect fighters who have the courage to advance progressive policies and are not afraid to challenge radical Republicans.  We are going to be just as tough in the campaign as we have been standing up to George Bush, John Boehner and Tea Party Republicans during the past 10 years.”

The Pascrell Team is comprised of the following:

A longtime Bergen County operative, David Parano has extensive political experience in local-level grassroots campaigns.  As a founding member of the Real Bergen Democrats, he worked closely with state Sen. Loretta Weinberg to successfully elect county committee members, mayors and council members.  Recently he has worked with the Democratic Committee of Bergen County on the successful elections of the county clerk, county surrogate and freeholders. Parano most recently served as field director for Pascrell during this year’s June primary election victory.

Steve Murphy served as executive director of the U.S. House Democratic Caucus in the late 1980s, and was campaign manager of the Gephardt for President Campaign in 2003-04.  Jon Vogel is one of the top strategists in Democratic politics and has won races in all corners of the country.  Jon has been a senior advisor to three chairmen of the Democratic Congressional Campaign Committee.

MVAR will serve as message and media consultant to the campaign.

Fred Yang is a partner with the Garin-Hart-Yang Research Group. The firm counts among its current clients 10 members of the U.S. Senate and 12 members of the U.S. House of Representatives.  Fred, who has polled for Pascrell since 2000, is well regarded for providing insightful analysis in his approach to political survey research.  Capitol Hill’s newspaper, Roll Call, named Yang as one of ten Democratic consultants on its list of “Consultants Who Make A Difference.”

The congressman’s oldest son has political experience going back to the Florio Administration.   An attorney, Bill was campaign manager for his father’s Paterson mayoral race in 1990, as well as his re-election campaign in 1994.  Bill also ran former Rep. Herb Klein’s 1992 Congressional campaign and served as his Chief of Staff.  In 1996, Bill ran his father’s campaign once more, spearheading Rep. Pascrell’s victorious effort over a GOP incumbent who spent twice the money.

Pascrell will serve as campaign chairman.

Ed Farmer is CEO & president of Millennium Strategies, a grant writing and economic revitalization firm. Farmer previously served as chief of staff to Congressman Bill Pascrell Jr., (N.J.-8), where he was responsible for oversight of all facets of the congressman’s offices. He continues to serve as an advisor to  Pascrell.

Farmer will serve as the campaign’s political director.

A resident of Clifton, Ryan Yacco has worked on dozens of New Jersey campaigns, including the past six years for the Passaic County Democratic Organization.  He has worked numerous Hudson County races, serves as program director for the non-profit Mason Civic League in Hoboken, and in 2010, PolitckerNJ named Ryan runner-up for Operative of the Year as Campaign Manager of Berdnik for Passaic County Sheriff.

Yacco will be directing field operations throughout the 9th Congressional District.

A former mayor and Bergen County Freeholder, Bernadette McPherson was instrumental in organizing support for Pascrell in the June primary election.

McPherson will be the campaign’s director of outreach and operations.

Darcy will be instrumental to message and media development.

Keith Furlong is known for his public relations, political and government experience.  He serves as spokesman for Passaic County and the City of Passaic.

Furlong will serve as campaign spokesman.

A bilingual communications veteran, with solid contacts in the Latino market, Cabrera served as spokesperson for Governors McGreevey and Corzine and has excellent experience in strategic communications, having honed her expertise in New Jersey and international political campaigns.  A resident of Paterson, she is principal of Cabrera Communications.

Cabrera will serve as the campaign’s communications spokesperson for Latino media.

A nationally known figure experienced in New Jersey and Pennsylvania politics, Al Spivey most recently worked on the victorious Passaic County Democratic campaigns in both 2010 and 2011.  Spivey was a key component of the initial 1996 Pascrell for Congress campaign, the 1998 re-election, and served in the congressman’s district office in Paterson in subsequent years.

Spivey will be heading up GOTV efforts throughout the district, focusing on the urban base.

A resident of Teaneck, Jacky Grindrod has worked for Pascrell for the past 14 years as both his finance director and as district director based in his Paterson congressional office.  An experienced and trusted ally, Grindrod led the Pascrell for Congress campaign to its highest-ever fundraising year in 2011.  Before working for Pascrell, Jacky practiced law in northern New Jersey for 13 years in association with several firms and as a solo practitioner.

Grindrod will serve as finance director for the campaign.

A lifelong resident of Bergen County, Ray Ferraioli brings over 12 years of professional fundraising achievement to H & P Consulting, LLC, which he founded in July 2000. H & P Consulting, LLC is a full-service event planning and fundraising firm specializing in year-round strategic planning and management, coordinating nearly 300 events annually across New Jersey for campaigns large and small on all levels of government.

Ferraioli will serve as a fundraising consultant to the campaign. 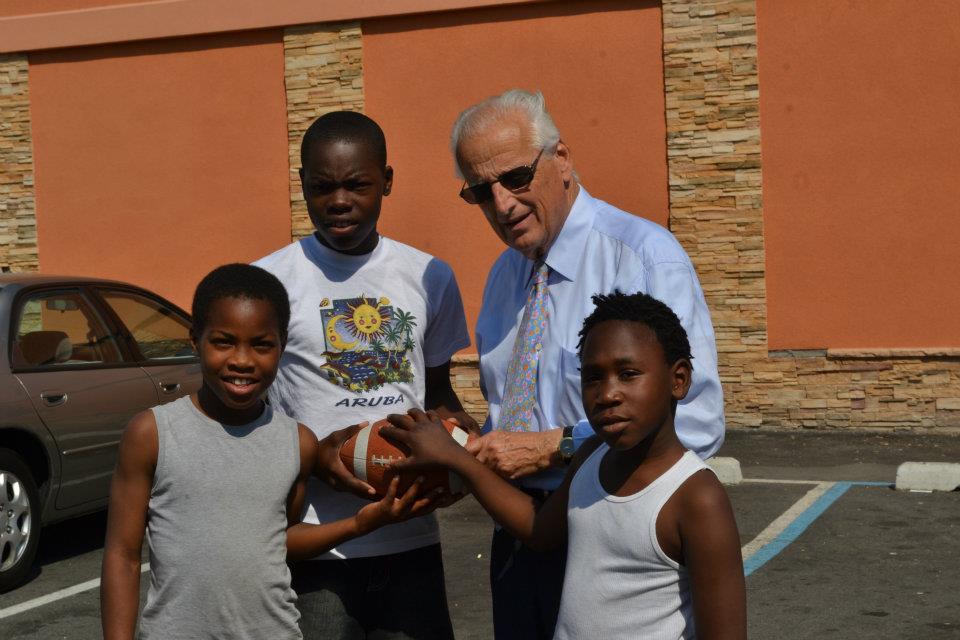