New Yorkers for Beverage Choices is fighting for your right to Big Gulp.

Today, the Board of Health approved Mayor Michael Bloomberg’s ban on large sugary drinks. This provoked a predictably outraged response from the group New Yorkers for Beverage Choices, a group with close ties to the soda industrythat was formed to oppose the ban on sugary drinks over 16 ounces being sold in restaurants or concession stands, which pointed to the number of Board of Health members appointed by Mr. Bloomberg and cast the ban’s approval as a political fix.

“The fix was in from the beginning, and the Mayor’s handpicked board followed their orders by passing this discriminatory ban; but it has not passed with the support of New Yorkers,” New Yorkers for Beverage Choices chairwoman Liz Berman said. “It’s sad that the board wants to limit our choices. We are smart enough to make our own decisions about what to eat and drink.”

New Yorkers for Beverage Choices argues the ban, which is intended to combat obesity, will hurt small businesses. To prove that point, they included statements from representatives of the restaurant and movie theater industry in their response to the Board of Health ruling.

“Proposals like the soda ban discourage new business and hurt our reputation as the dining capital of the world,” New York State Restaurant Association spokesman Andrew Moesel said. “Reducing obesity is an important goal, but we want to partner with government to come up with effective ways to confront the problem. What we don’t need is more burdensome regulation making it harder for businesses to function and skewing the competitive landscape.”

Robert Sunshine, executive director of the National Association of Theatre Owners of New York State, pointed to the fact the movie business has already been hurt by slumping box office sales.

“This misguided ban will only impact the health of the City’s struggling small businesses, not New Yorkers,” said Mr. Sunshine. “The average New Yorker only goes to the movies four times a year, and purchases concessions twice. The choices made during the other 363 days out of the year have a much greater impact upon public health and serious issues like obesity. With ticket sales this summer at a ten year low, and down again another three percent in 2012, this ban will only serve to further reduce lines at theatres, not the waistlines of our patrons.”

The food and theater industries aren’t the only ones against the soda ban, which has also been opposed by a slew of city politicians. Former comptroller and 2013 mayoral candidate Bill Thompson sent a letter to the Board of Health in advance of today’s vote encouraging them to table the ban for now. Mr. Thompson said the City should focus on fighting obesity through other initiatives including improved health education, increasing access to healthy foods and improving recreation opportunities rather than by banning unhealthy options.

“I believe we need to arm New Yorkers with the knowledge to make healthy personal choices and to provide our children with every support needed to act on those choices,” Mr. Thompson wrote. “What we should not be doing is limiting choices for New Yorkers and hurting some of our small business, as the Mayor’s proposal unfortunately does.”

For their part, New Yorkers for Beverage Choices vowed to keep up their fight for soft drinks of all sizes.

“This is not the end,” said the group’s spokesman, Eliot Hoff. “We are exploring legal options, and all other avenues available to us. We will continue to voice our opposition to this ban and fight for the right of New Yorkers to make their own choices.” 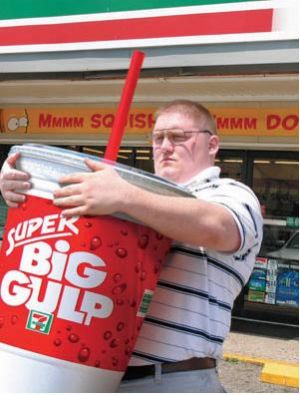