The Obama campaign merchandise table inside one of the media areas at the DNC. The press stand is visible on the left side of the photo.

CHARLOTTE, N.C. — Members of the media have apparently been using “fake” names to buy official Obama gear and contribute to the Obama campaign inside the Time Warner Cable Arena where the president is due to speak in a few minutes. During our travels around the arena, Politicker spotted a souvenir stand in one of the press stands selling T-shirts and buttons supporting President Barack Obama, “Democrats Are Hot” bumper stickers and other official Obama merchandise.

The souvenir stand was in a secure area only accessible to those with a media credential and buying campaign gear means contributing to the campaign, so we asked the woman working the cash register whether anyone at the press stand had been making purchases. Her answers were quite surprising.

The woman working at the souvenir stand told us she hadn’t been “too busy” during the day, but had seen business pick up in the past half hour or so. She then asked us whether we wanted to buy anything. When we informed her that our status as a reporter means we don’t buy campaign gear, she suggested a strategy other members of the media have apparently used to pick up their Obama swag.

“Have you ever thought of making up a fake name? That’s what the other guys do,” she said.

Buying official merchandise at the DNC means making a donation the Obama campaign, an activity that is generally frowned upon for members of the media. The Obama campaign website specifically informs shoppers that purchases amount to donations in its “Frequently Asked Questions” section where one of the queries is, “Can I receive merchandise without making a donation?”

“The only way to receive items from the 2012 store is by contributing through the official store site at store.barackobama.com,” the site says. 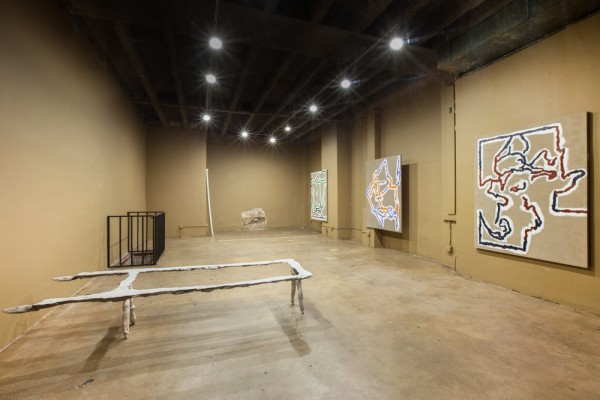