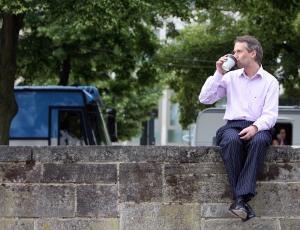 We just read The Wall Street Journal‘s Korea Real Time website for the first time, and loved it. Writer Evan Ramstad has written a nice piece about curator Roger Buergel’s experience organizing this year’s Busan Biennale, which opens in Busan, South Korea, on Sept. 22. It sounds like it was a wild ride.

Mr. Buergel, who organized the last Documenta, in 2007, was the first non-Korean to organize the exhibition, which coincides with the Gwangju Biennale every two years. He really threw himself into the process, asking the community to collaborate with him on the biennial. Here’s a bit from Korea Real Time:

To do it, Mr. Buergel approached Busan residents and art lovers in a manner that is completely unorthodox to South Koreans. He sounded a general call in the media and social media for anyone who was interested in helping to organize the biennale to attend a meeting at the Busan Museum of Art.

A standing-room audience of more than 150 showed up.

Groups of people formed “learning councils” to organize various aspects of the show. It sounds like there were some exciting success stories, but there were also fights, between young and old, and about whether Korea originated in the bronze age or iron age.

Give the whole story a look here.