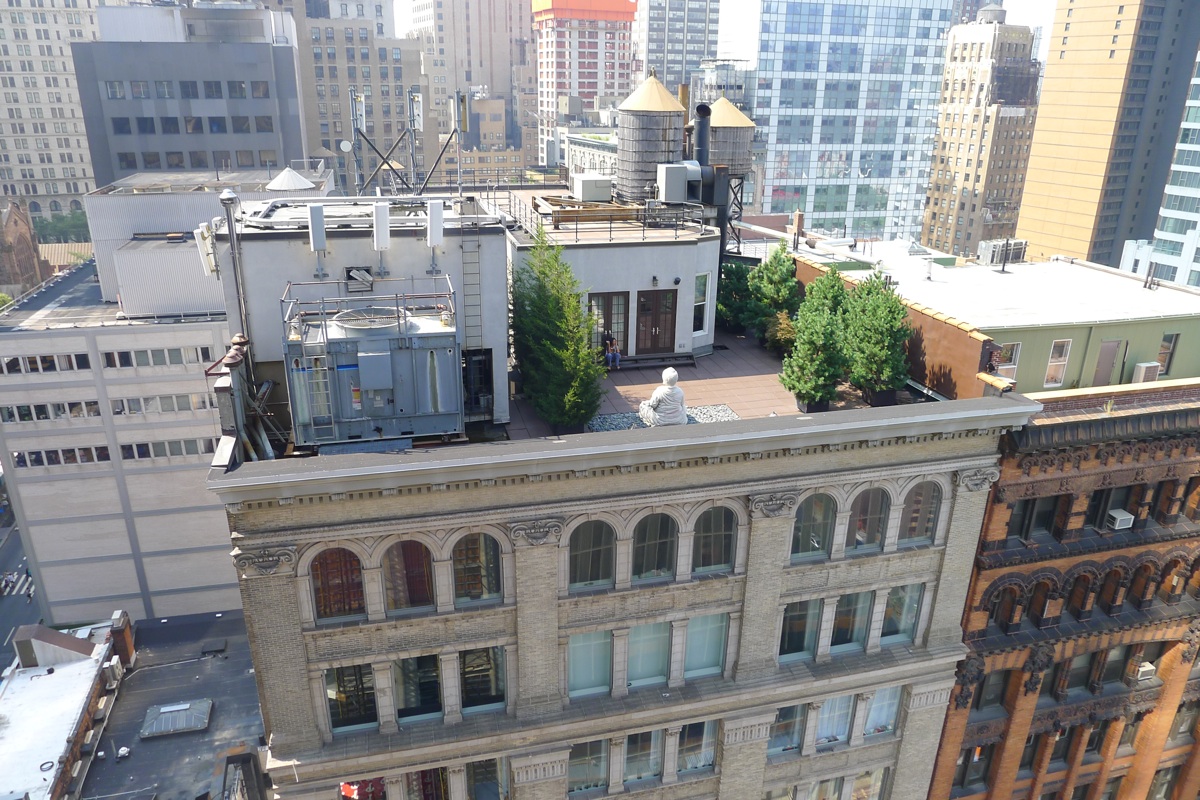 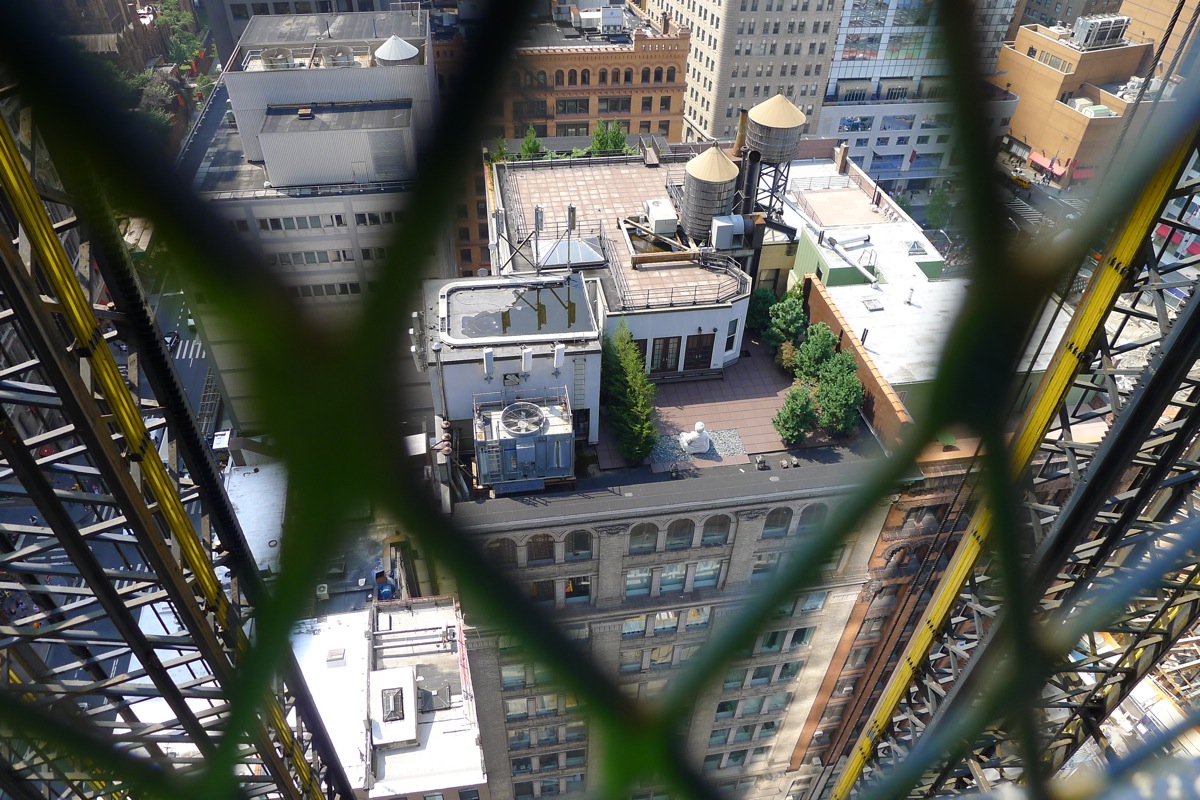 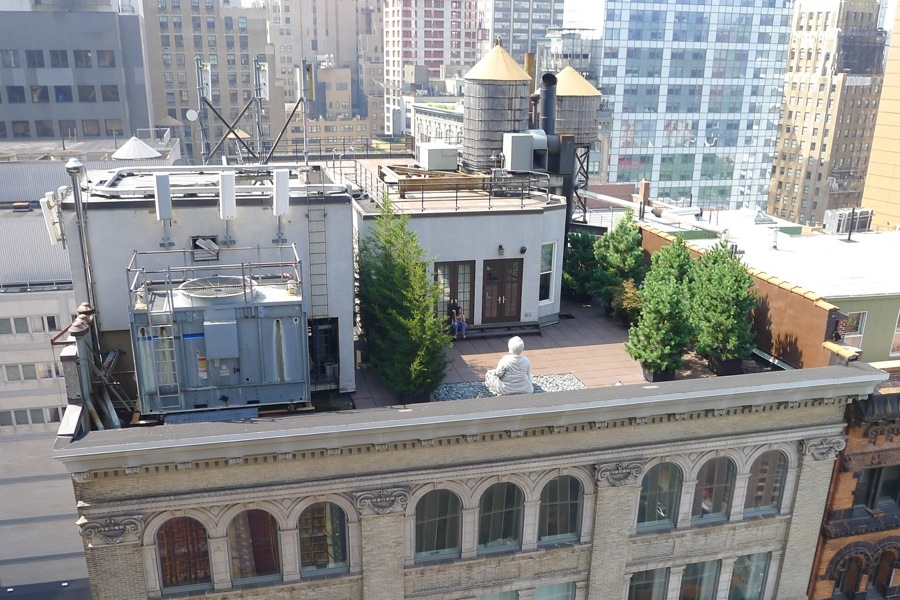 Headed up in 4 World Trade Center recently, we spotted an unusual sight: a giant Budha statue sitting on a terrace across the street. 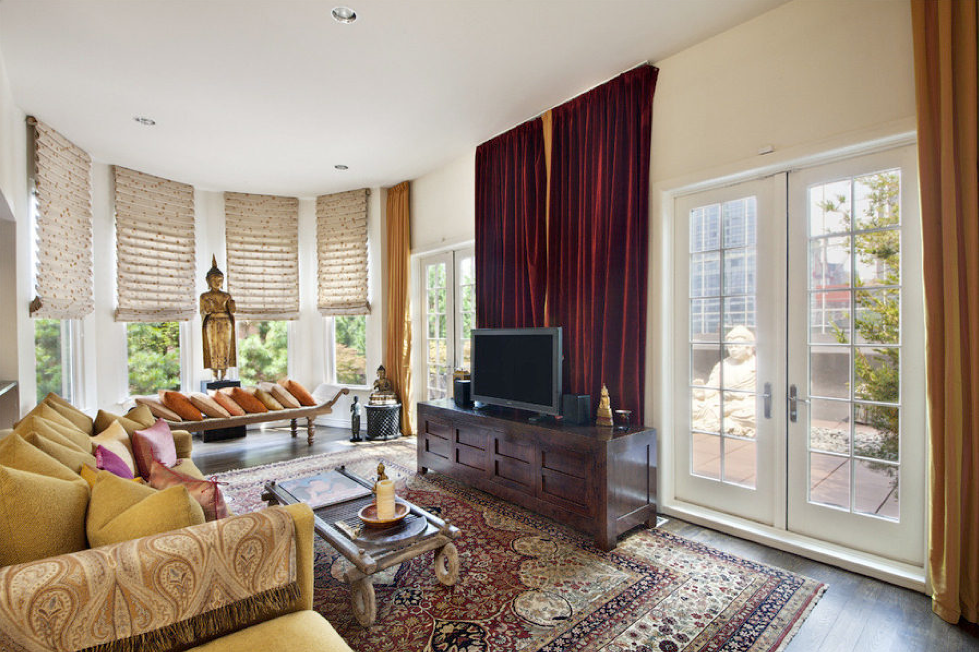 Inside, you can just make out the statue through the window—as well as a few other Budhas.
Advertisement 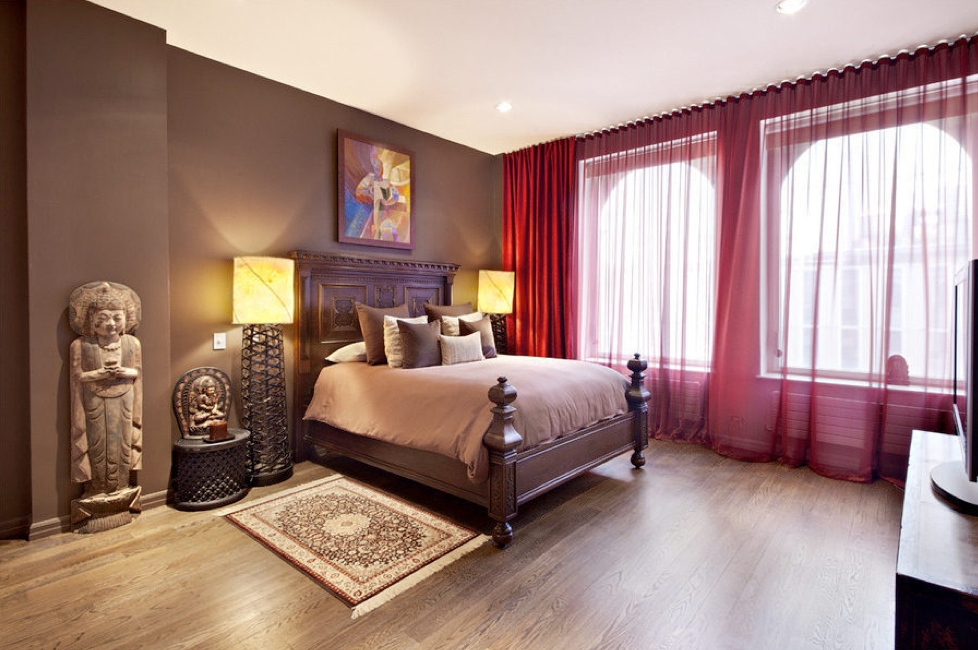 There's even a Budha in the boudoir! 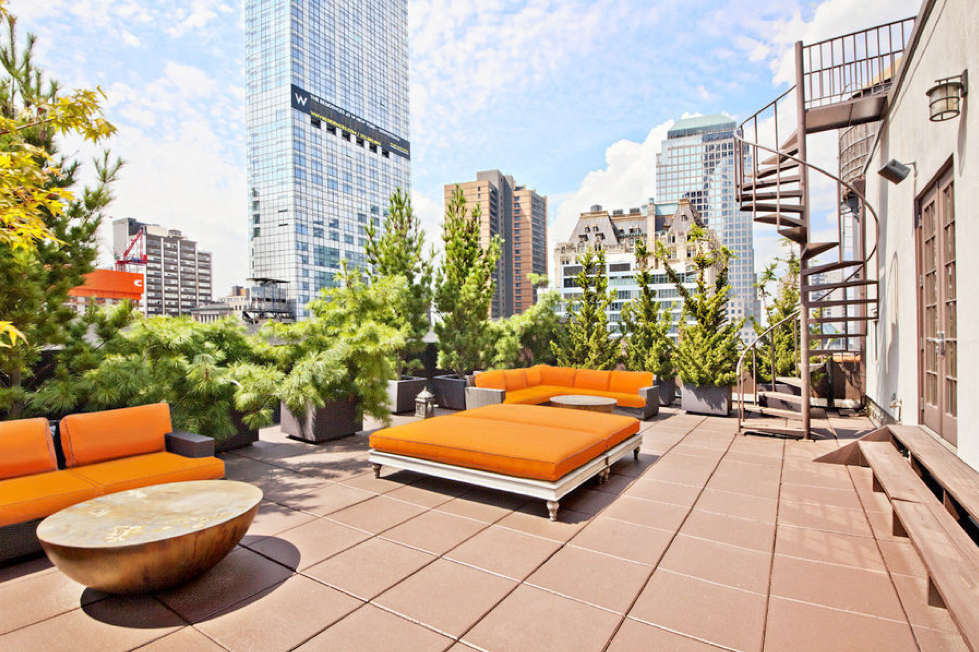 The Budha-less back terrace, facing the W Downtown. 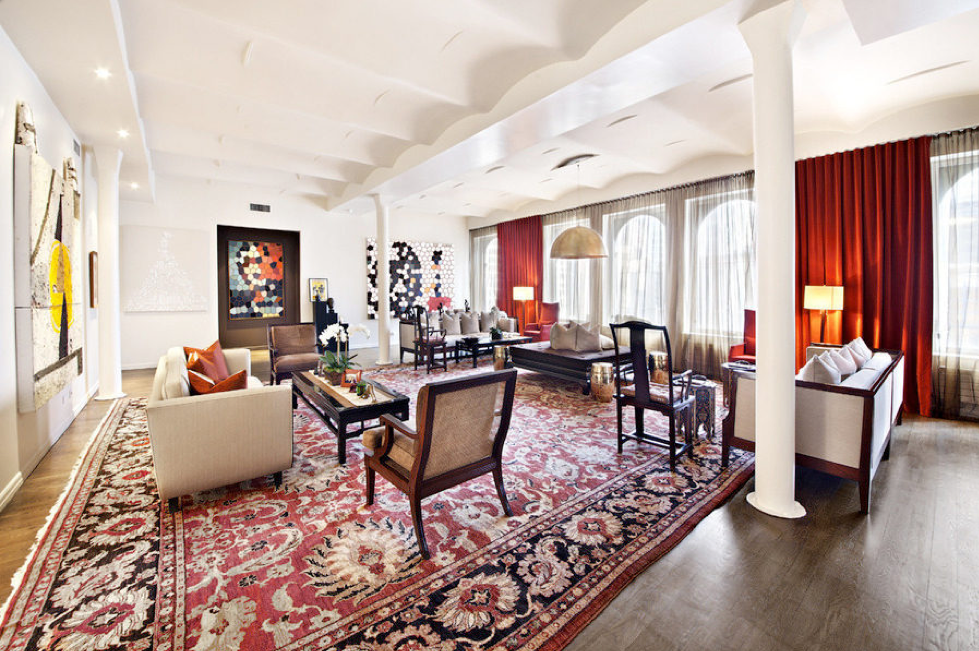 Check out those coffered ceilings!
Advertisement 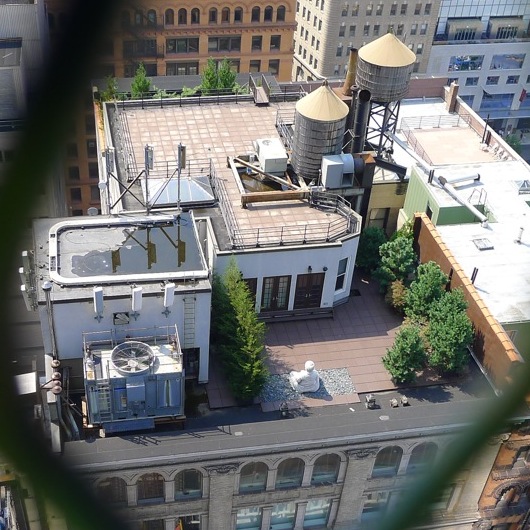 The view of Mr. Simmons' penthouse from the 14th floor of 4 World Trade Center. 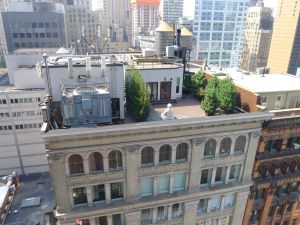 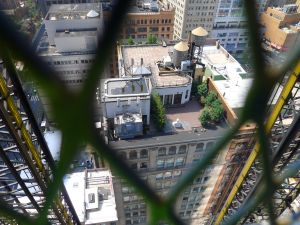 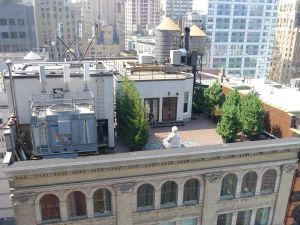 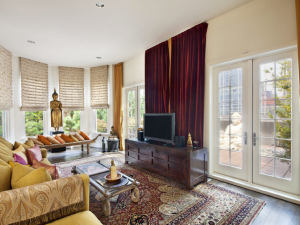 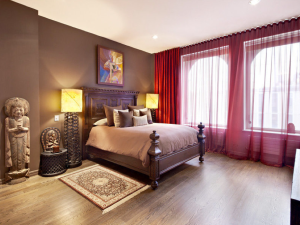 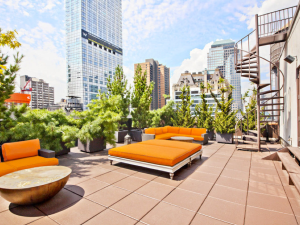 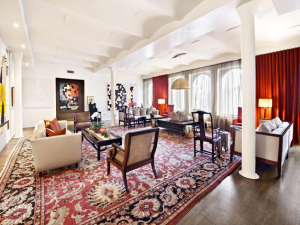 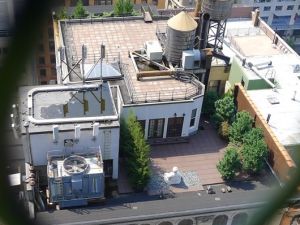 While waiting to take a tour of 4 World Trade Center recently, someone whispered in The Observer’s ear that if we looked closely, we would get a look at Russell Simmons’s Buddha. His what?

Turns out this was not some sick joke. As is well-known (from the various signs he has hung in his windows over the years), Mr. Simmons, the rap mogul, lives across the street at 114 Liberty Street. Or rather used to—the Def Jammer is trying to sell the place for $11 million as he moves out to the West Coast for good.

As the lift made its way up the side of the lovely office tower, there he was. Not Mr. Simmons—though there was a woman sitting outside, smoking and talking on a phone—but the Buddha. And a big Buddha at that. Sitting, it looked to be about six feet tall.

This also reveals another nice amenity to the space so far underplayed: views into 4 World Trade Center, along with the rest of the 16-acre site. Though that also means the thousands of Port Authority employees who are moving in can see you, too. So much for naked sunbathing.