“In the strongest possible terms,” said Salado, one of a glut of challengers trying to break out of the pack and define himself/herself against the incumbent.

“That is an inappropriate and offensive way to address the mayor, and I would never address a woman – or anyone – in such a manner,” Salado told PolitickerNJ.com shortly after Diaz convened her press conference alongside women Democratic Party leaders.

Diaz shared the contents of an email she received from Devine, who accused the incumbent mayor of being “inadequately prepared for the job of mayor.”

Backing Billy Delgado, the operative’s critique also included the line “You have done a poor job as mayor, partly because you lack the gravitas and intelligence on a level required for this tough job. You are in over your head and the best of intentions are not enough to justify things that have been done wrong or things you failed to do.”

While the green cleared and Devine talked to reporters about the controversy, Team Salado was trying to figure out how to deal with one of their biggest political obstacles: the similarity of the names “Salado” and “Delgado.”

Devine works for Delgado, a longtime Republican who switched parties in time to run for mayor.

Salado is a lifelong Democrat and Perth Amboy business owner who recently moved into town, whose political minders fret about the prospect of being confused with the Devine-associated Delgado.

“People know me in this town as a guy who treats everyone with respect,” said Salado, breaking for a few moments from a huddle-up with his campaign staff. “We are running an issues-based campaign.”

Salado later issued a formal statement on the matter.

“I strongly condemn the offensive statements forwarded by candidate Billy Delgado to Mayor Wilda Diaz of Perth Amboy. Campaigns are forums of democracy, discussion and change, and as such, intimidation and abuse are never acceptable. Creating a future for Perth Amboy that includes; safer neighborhoods, jobs, the stabilization of taxes and fixing our educational system is of grave importance and should be the focus of this race.  As leaders, we should remain committed to this common good.” 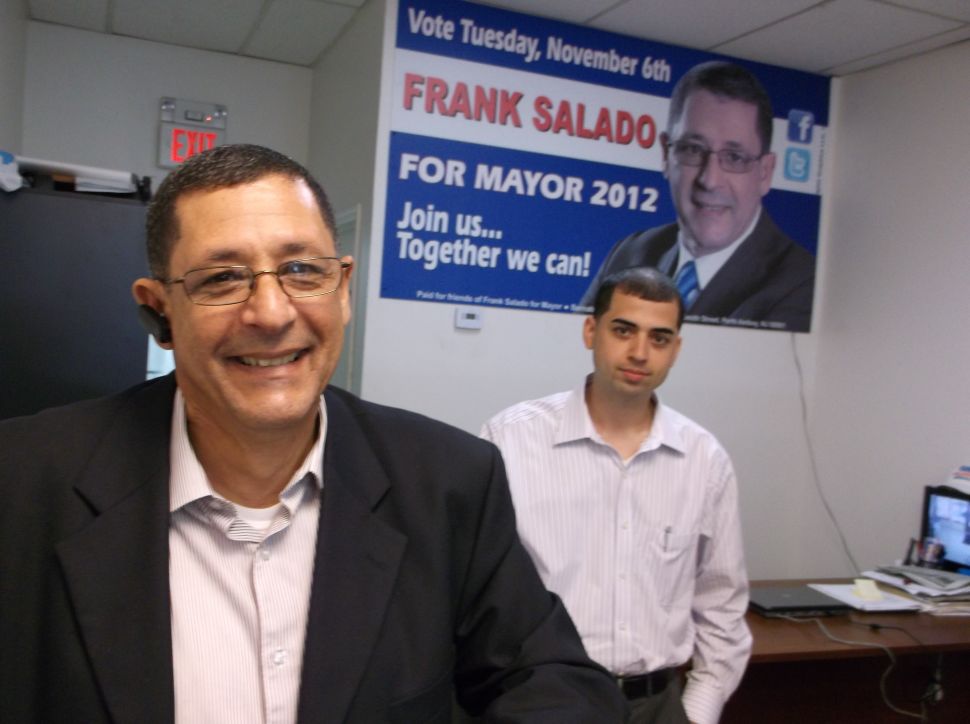