Poor Samuel L. Jackson. Once a Jedi, the actor’s current résumé reads like a string of four letter words that would make your mother swoon. From his infamous “I’ve had it with these motherfucking snakes on this motherfucking plane,” to his audio rendition of Adam Mansbach’s Go the F**k to Sleep, Mr. Jackson is now synonymous with blue language.

So it’s no surprise that his ad for Barack Obama isn’t any different.

http://www.youtube.com/watch?v=dIBqd1kxoQk
According to Page Six, Mr. Jackson’s next foray as a spokesperson will be an upcoming ad on YouTube that will drop (ugh) on September 28. In it, he will convince Americans to re-elect President Barack Obama by telling them to “Wake the f–k up, Vote for Obama.”

Will this be successful? Since the ad is also being written by Mr. Mansbach, we’re assuming that it will appeal to exactly the type of people who loved Go the F–k to Sleep. Who were probably voting for Barack Obama anyway. 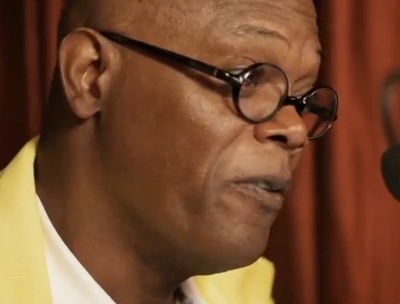