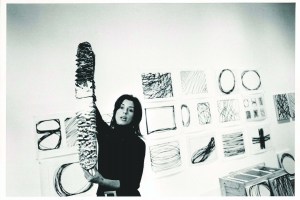 The gala will feature a “special presentation” by John Baldessari, an appearance by Christian Marclay and the unveiling of projects by artists Alisa Baremboym, Ian Cheng and Martin Soto Climent.

Ms. Cooper opened the first gallery in Soho in 1968 and many others followed. She was an early pioneer of Chelsea, New York’s current major gallery district, opening her gallery on West 21st Street in the mid-’90s. The current show on display there is great, by the way, and you can read more about it here.

The co-chairs of the gala, which will take place Oct. 24, include the director of Paula Cooper Gallery, Steve Henry, as well as Jemilah Afshar and Sascha S. Bauer, Jill and Peter Kraus, and Katherine G. Farley and Jerry I. Speyer.