After yesterday’s news that smugster Seth MacFarlane has been dating Game of Thrones actress Emilia Clarke for “several months,” (according to him) this appeared on our Facebook posting of the item:

At first we thought the person was just making a joke (or an educated guess), but a little research revealed that the second commenter actually works at one of the bars where SNL frequently hosts its after parties. (The Observer has reached out to this source for confirmation, but has yet to hear a response. Stay tuned …)

So if his (possible) cheating doesn’t cement your opinion that Seth MacFarlane is not to be made out with: Remember that the tongue in your mouth is the same tongue that does the Stewie voice for a living. 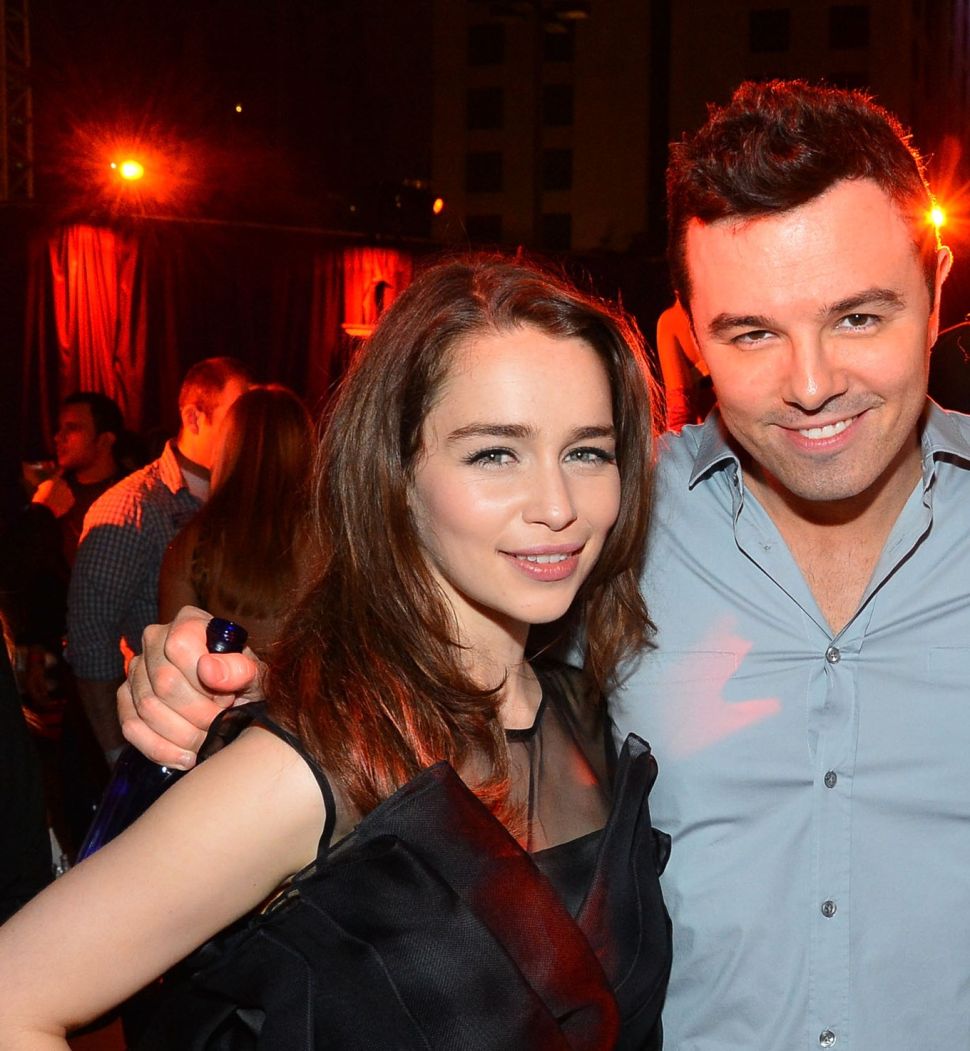