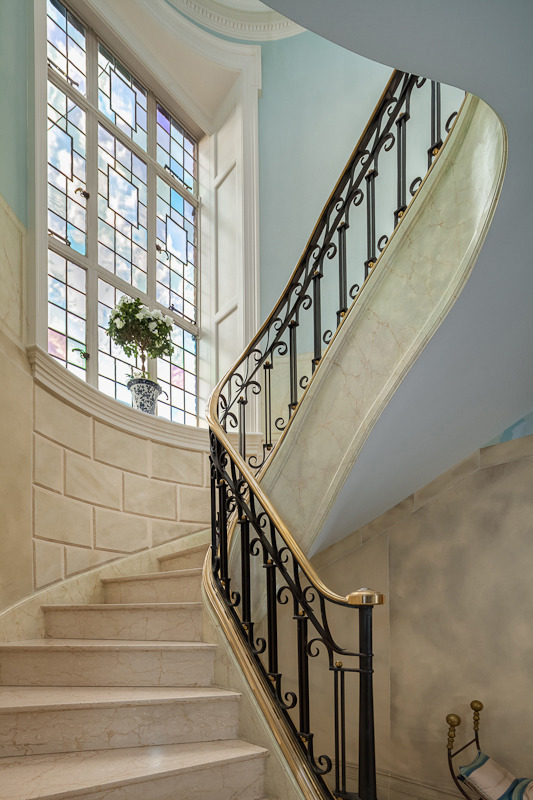 The staircase is spiral. 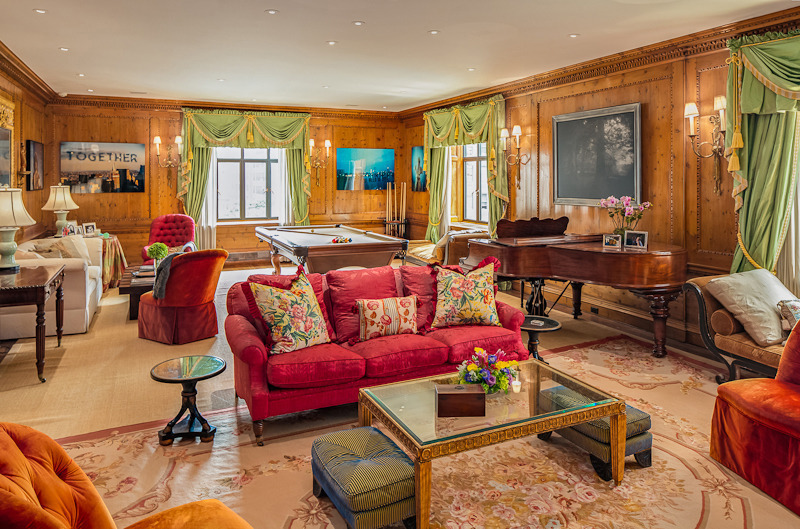 Cozy or sprawling. You decide. 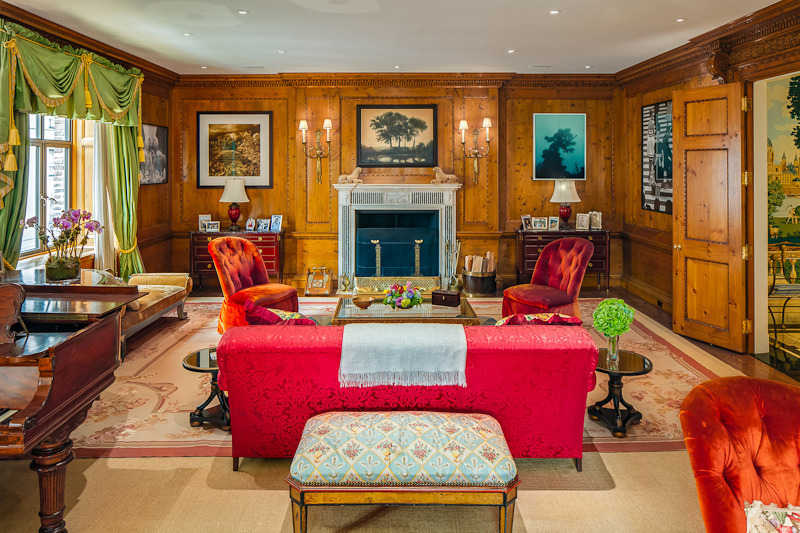 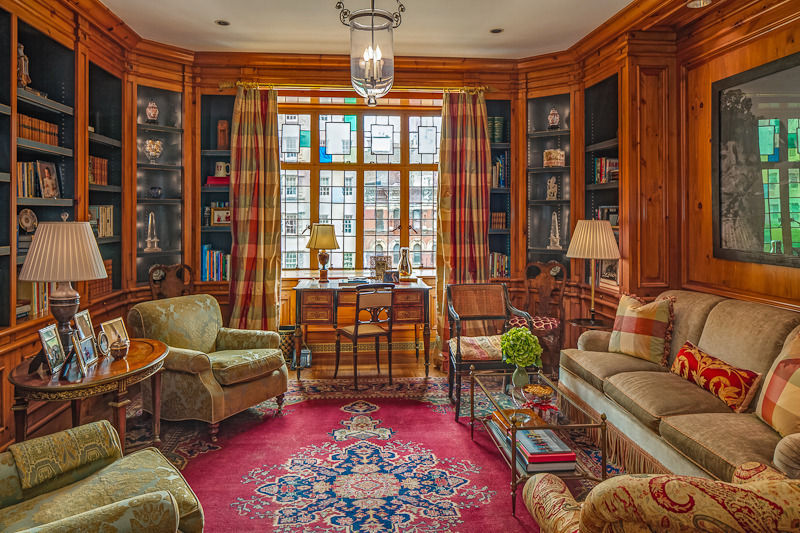 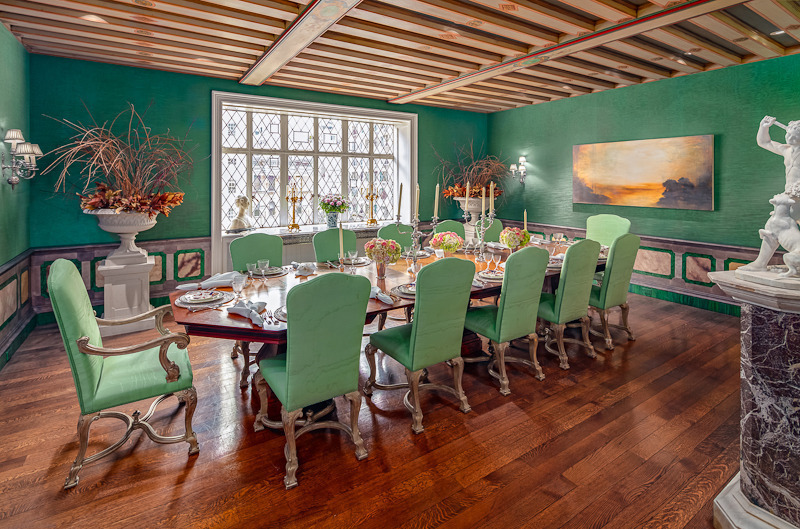 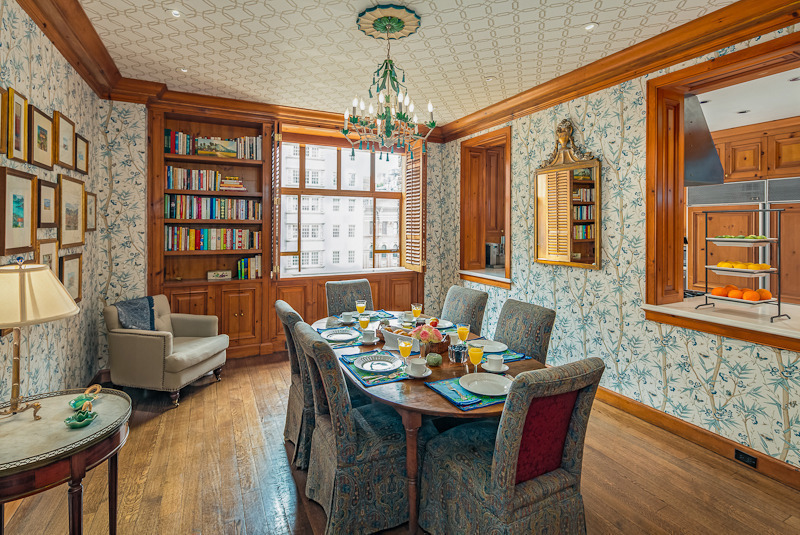 And a blue room? 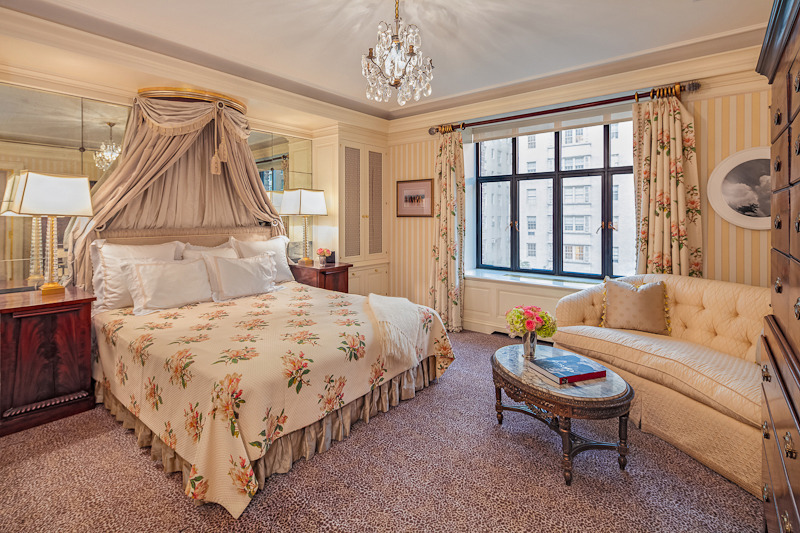 And a bedroom with a vaguely royal canopy?
Advertisement 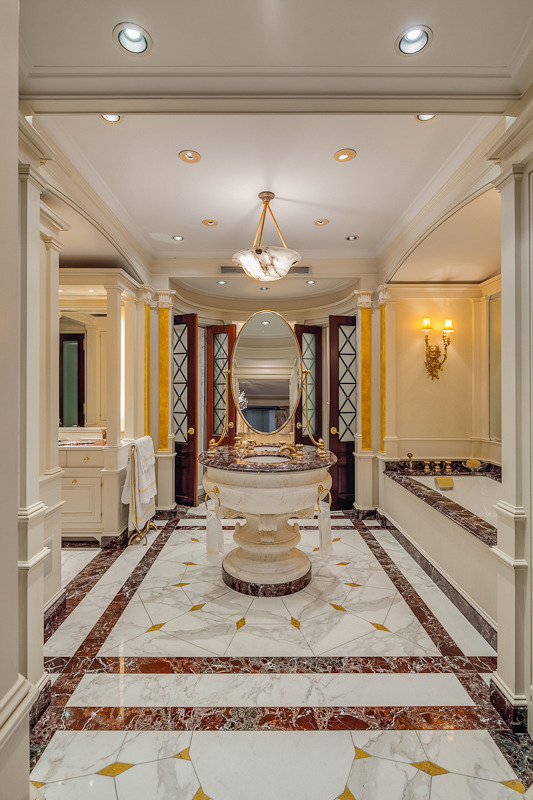 Hall of mirrors? Entrance gallery? No! It's the master bath. 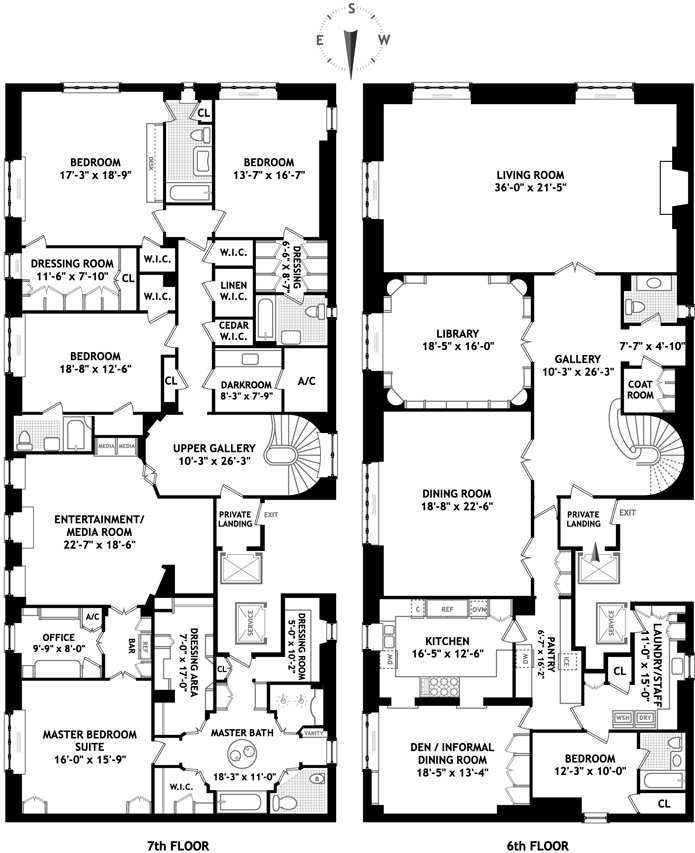 Who's the fairest of them all? 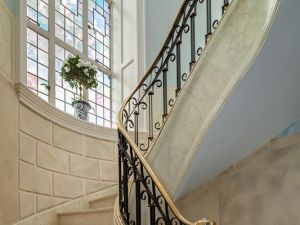 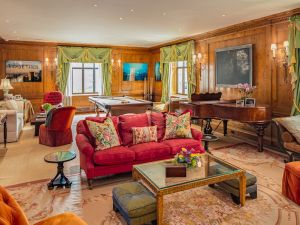 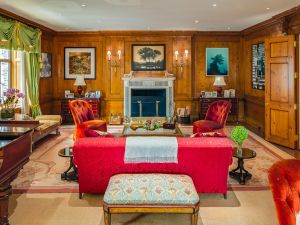 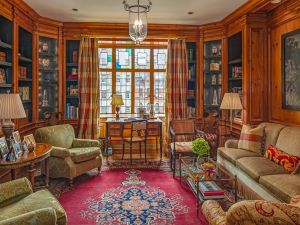 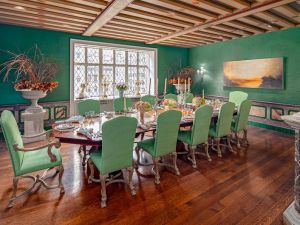 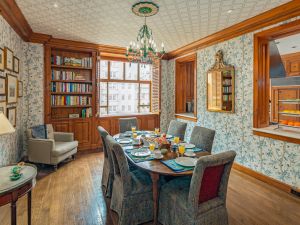 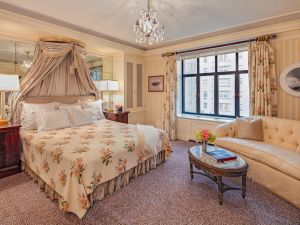 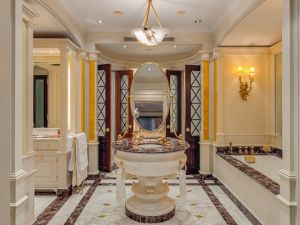 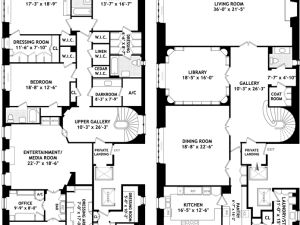 Why have a floor-through when you can have two? Say the sixth and the seventh at 820 Park Avenue? Longtime residents and fixtures on the society circuit Pamela Farkas and Andrew Paul are abandoning their uptown digs for a life in the Village (where they own a townhouse) and have listed their duplex for $24.7 million. Further proof that uptown and downtown are little more than geographical signifiers these days.

There are, after all, times in one’s life when having both an uptown duplex and a downtown townhouse can start to feel redundant.

The five-bedroom duplex is one of the few of its kind in the 14-story building, although the building was nothing but duplexes and a penthouse triplex when it was completed in 1926 (the units rented for between $25,000 and $40,000 back then). Over the years, the duplexes were divided back into single floor-throughs (how sad!), with a few—including #6/7—returned to their former glory. Records do not show how much Ms. Farkas and Mr. Paul paid for the property.

“It’s a building of billionaires, not millionaires,” said one source, estimating that Ms. Farkas’s pad was probably around 6,500 square feet. Neighbors include Democratic fundraising bigwigs Jane Hartley and Ralph Schlosstein.

The apartment comes with 90-feet of Park Avenue frontage on each floor and is both “baronial” and “sun-drenched.” There a lot of things you would expect in a sprawling Park Avenue duplex—a gourmet kitchen with top-of-the line appliances, wood-burning fireplaces, a wood-paneled library, etc. But there are also some intriguing details (two Sub-Zero refrigerator—one for each floor?) and a master bedroom with a bar. In fact, the master bedroom is totally out-of-control. It’s got the standard en-suite master bath with a free-standing mirrored sink in the middle, of course, but also a walk-in steam shower, soaking bathtub and “concealed water closet with toilet and bidet.” Adjacent, there are two dressing rooms, a walk-in closet, a safe, a home office, abar with a mini-fridge and freezer as well as a media room with a built-in projection screen. In other words, you can just live in the master bedroom suite if you get tired of walking around your palatial apartment.