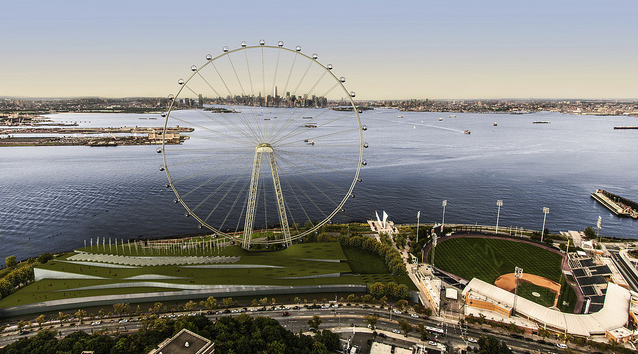 Called the New York Wheel, it will be the largest ferris wheel in the world. 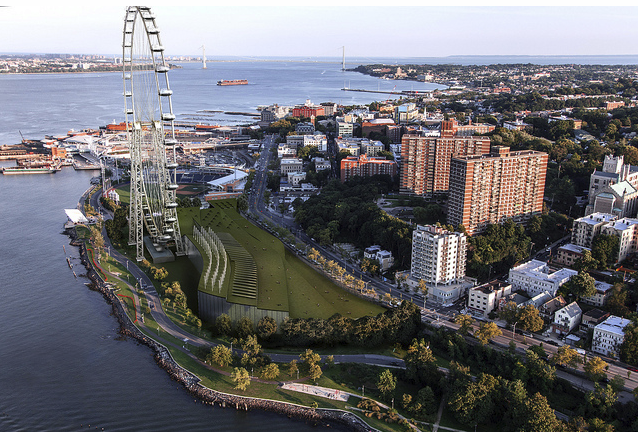 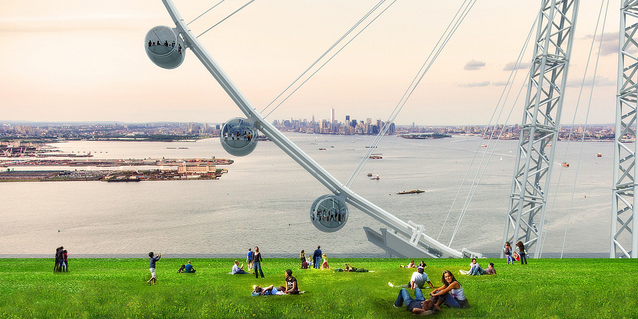 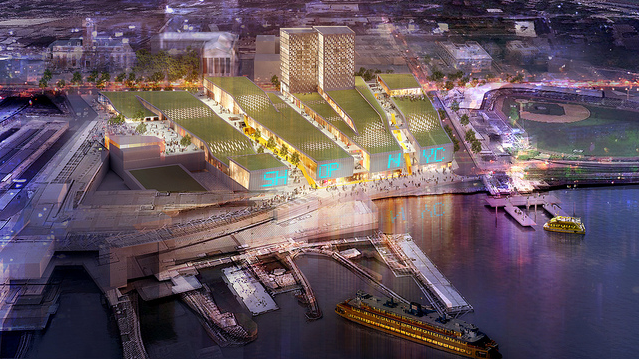 A new hotel and outlet mall with 100 designer stores will accompany the project. 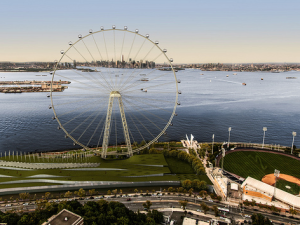 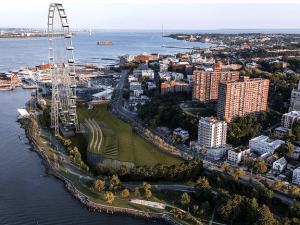 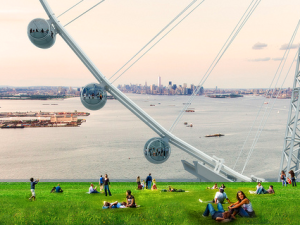 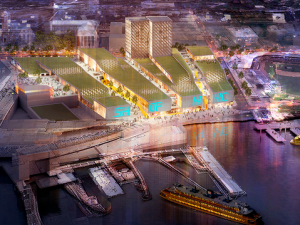 Finally, a reason for tourists to get off the Staten Island Ferry after taking their free site-seeing cruise. Today, Mayor Michael Bloomberg will travel to St. George to finalized plans to construct the world’s largest ferris wheel at the northern tip of Richmond County. The oversized amusement is part of a larger hotel and retail complex to be developed by BFC Partners, a local real estate concern.

Mayor Bloomberg touted the new ferris wheel as yet another investment by his administration in the North Shore of Staten Island. “But this newest plan is the most exciting of all,” he said in a statement. “The New York Wheel will be an attraction unlike any other in New York City–even unlike any other on the planet. It will offer unparalleled and breathtaking views, and is sure to become one of the premier attractions in New York City and the latest exciting addition to our newly revitalized waterfront.”

Such tourist traps—make that attractions—are proliferating across the globe, following on the heels of London’s Eye. Opened in 1999, the 443-foot structure is the most popular tourist attraction in the U.K., attracting some 3.5 million visitors per year. Not to be outdone, the Bloomberg administration predicts some 30,000 visitors a day to the New York Wheel, for a total of 4.5 million per year. That is a million more than visit the High Line.

And if that was not enough of a draw, the city will be getting its first outlet mall, with some 100 designer shops spread across 350,000 square feet of retail space. For those who want to spend the night after taking a twirl, a 120,00-square-foot hotel is also part of the plan. The ferris wheel will be located on the western side of the Richmond County Bank Stadium, home to the Staten Island Yankees minor league team, while the hotel and shops will be on the east side, closer to the ferry.

As usual, New York wants to be top dog, be it in the realm of finance, tourism, pastrami sandwiches or ferris wheels. The Eye was the tallest wheel in the world until it was surpassed by the 520-foot Nanjing Star in 2006, which was beaten out by the 541-foot Singapore High Roller two years later. The High Roller is in the works in Las Vegas, but at 550 feet, it will be dwarfed by New York’s, which will reach 625 feet. Its 36 pods can accommodate 40 passengers each, for a total ridership of 1,440 people per cycle.

No doubt all these ferris wheels will only lead to an insane arms race to outshine the century old fight over who can have the highest skyscraper. Some day, perhaps some day very soon, the world will come to an end because of all this ferrising—thrown off its axis by all the spinning, all the fun, propelled into oblivion.