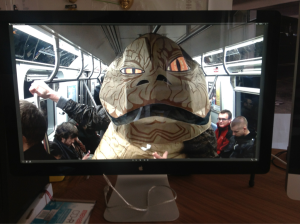 A still from ‘Home 3’ by Breuning.

As hard as it is to believe—weren’t we just on Randall’s Island for Frieze?—the New York art season has officially begun. The first real event came last Tuesday with the premiere of Olaf Breuning’s film Home 3, a gloriously unhinged panegyric to the city, at Soho’s Swiss Institute. It was drizzling, so PR reps were outfitted in Jabba the Hutt ponchos, welcoming everyone back together after their time away, their trips to Basel, Kassel, Genk, Amagansett.

But things really began in earnest on Thursday evening in Chelsea with the first opening receptions of the year. Throngs took to the Chelsea streets. (Doesn’t it feel a little bit more crowded every year?) Hope always springs eternal among the city’s art types in September, but people seemed especially ebullient this go-’round.

And why not? New York is a boomtown for art at the moment. Over drinks last week, a dealer marveled at the “arms race”—the space-and-location contest—taking place all around town, and not only at the top end. The expansionary ethos is trickling down. At one end of the spectrum is Gagosian, the original expander, who, with 11 global galleries under his belt, just made a point of telling everyone (via Bloomberg News) he is bringing $130 million worth of art to a fair in Rio de Janeiro this week, and who is soon to open a second gallery in Paris and a cafe and shop on the ground floor of his Upper East Side headquarters. Nipping at Gagosian’s heels are Zwirner and Pace, which, even as they expand on their home turf, are hatching London branches.

At the other end there are the contenders, the smaller shops looking to stake out a spot in a crowded marketplace. Some are joining forces. Jack Hanley and Nicelle Beauchene just grabbed a new building on the Lower East Side, as has Canada, which has hitched its wagon, space-wise, to the blue-chip Marlborough. Lisa Cooley and Maxwell Graham have traded up, and Laurel Gitlen is on the move. In the West Village and Chelsea, Michele Maccarone and Alexander Gray are growing, and 303 Gallery’s Lisa Spellman is eying new-and-improved Chelsea digs.

But amid all of this bustle there is, on the top tier, a discouraging aesthetic consensus. And that, too, has sadly trickled down. Many artists are on autopilot, and it doesn’t help that collectors—who continue to gobble up autopilot art—are too, as Jerry Saltz has noted in the past. In polite company, everyone agrees that most shows are pretty good—“everyone’s going along to get along,” as an artist friend put it.

In a recent essay, the photographer Carter Mull lamented the “overabundance of nostalgic abstract painting in the world today.” And it is lamentable, but so, for that matter, is all the visually dead nth-generation post-minimalist conceptual sculpture, the half-baked ironic art and the overwrought political work.

Though Mr. Mull particularly chastised the Lower East Side’s relatively green dealers for this pervasive conservatism, there, at least, it is somewhat understandable. Profits are smaller at their price points, and one rough season, one bad art fair, can spell disaster. Many L.E.S. dealers say their businesses are growing at steady, sustainable rates these days—and hence those expansions.

(And, really, can we blame anyone—artists or dealers—for not continuing to innovate once they’ve struck gold? Or for shoehorning themselves into established approaches in order to strike it? Gold is needed: Brooklyn, where many of these people live, is now the second-most-expensive place to live in America, after Manhattan, according to a new study.) 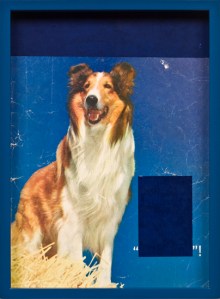 Despite its outbreak of conservatism, the L.E.S. is still where much of the most interesting art is being shown, where you are most most likely to get bowled over by something truly strange. Adventurous artists, curators and dealers are testing new models, and, with great brio, risking failure. There is plenty to be optimistic about.

Much of the exciting new art is as modest in scale as the spaces in which it’s shown. Unlike the grandiose spectacles so common in the Chelsea bazaar, it rewards close looking. At the most recent Whitney Biennial, we saw that it is comfortable being interdisciplinary and collaborative, embracing dance, music, film and fashion.

Those are the newer names, and you’ll see them plenty this season (some are in hotly anticipated group shows coming up at SculptureCenter and MoMA), but it’s not just the youth that’s garnering attention. Over the past few years the art world has found a new enthusiasm for older artists, including many not well known in the U.S. At Callicoon Fine Arts, Photios Giovanis is opening the season with octogenarian Lebanese artist and writer Etel Adnan. On the Bowery, Simone Subal has the late Pop artist Kiki Kogelnik. Earlier this year Mr. Graham showed Peter Fend, whose art takes the form of inventive proposals to environmental and political problems—stretching art to its outer limit. MoMA has a retrospective of the great Polish sculptor Alina Szapocznikow. MoMA PS1 has grabbed “Now Dig This! Art and Black Los Angeles 1960–1980” from Los Angeles’s Hammer Museum. (PS1 is one of the great institutional success stories of the past year. Though it’s easy to lampoon director Klaus Biesenbach’s zest for celebrity, he and curator Peter Eleey are moving nimbly to bring in new art as it’s made. Even its bizarro Performance Dome has been a vital site for experimentation.) 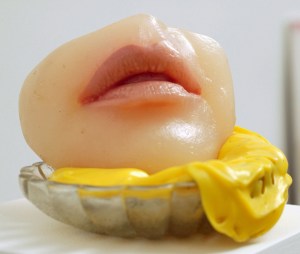 But your best bet for aesthetic revelation will lie with the scrappy outfits—their bills paid by a month-to-month combination of volunteers, day jobs, grants and the odd sale—that are percolating on the periphery of gallery neighborhoods, and that eschew straightforward exhibitions (and, usually, artist representation) for heady admixtures of disciplines and activities, some of which can barely, by conventional standards, be considered art. One example is 155 Freeman, the new space run by the DIY Public School, publisher Triple Canopy and film-purveying Light Industry in the north section of Greenpoint, not far from Rawson Projects, Real Fine Arts and Cleopatra’s, three other galleries excelling far from the Chelsea crowd. 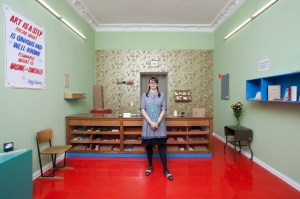 Back in Manhattan, Prem Krishnamurthy, a co-founder of the design outfit Project Projects, is opening a—yes—project space on the Lower East Side called P!, which will showcase anything that happens to strike his fancy. His M.O.: “It’s just the idea there are certain things that I would like to see in the world.” He elaborated, “It will be a space that can function as a meeting point for different kinds of objects and communities.” First up is a show of work by photographer Chauncey Hare, prints by graphic designer Karel Martens and a “performative/relational project” by Christine Hill about neighborhood businesses.

Not far away, down on Division Street, Ingrid Chu and Savannah Gorton, operating under the name Forever & Today, Inc., are hosting unusual exhibitions and events in their 100-square-foot storefront. The multitasking cosmopolitan collective Slavs and Tatars—which also has a show at MoMA—arrives next month. “It’s the idea of contemporary art being in the moment, but always changing,” is how Ms. Gorton explained her venture’s name. “It’s also kind of a joke. People would say, ‘It sounds like a soap opera,’ and we would say, ‘Yeah, it is kind of a soap opera, running a little nonprofit.’” Other fledgling outfits in the area include the Artist’s Institute, which is devoting its season to the consideration of Haim Steinbach, and Summer Guthery’s Canal Series, which hosts periodic events in a space at West Broadway and Canal that have ranged from a film shoot to an Alice B. Toklas–inspired feast.

Ask around the art world and you hear a lot of people who are enervated by the status quo, even as they promote it. (This writer included, sometimes.) But things may be changing. There is a feeling in the air that the excesses that characterize the top end can be sidestepped and countered. New artists and new models offer alternatives. Let’s see how the next 10 months play out.