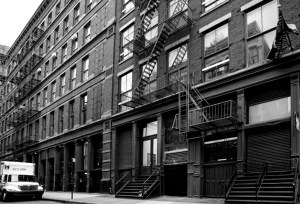 The Volta Show, an invitational show of artist’s solo projects that heads to New York each week of the Armory Show, will have a new location this year around. After five years in midtown, the show is headed downtown to 82 Mercer.

VOLTA NY has become an indispensable event in Armory Arts Week. In addition to an impressive array of artists showing solo projects at VOLTA NY – a total of 80 galleries – the cutting-edge art fair also featured a wealth of content beyond the limits of the fair floor, with a total attendance of 18,000 visitors for the 2012 edition. After five years in Midtown, the number of visitors is expected to increase in 2013 thanks to our even more convenient location in the heart of SoHo at 82 Mercer Street, between Spring and Broome Street, supported by the reliable direct shuttles from The Armory Show.

For both exhibitors and visitors alike, the SoHo-based location means more hotels, restaurants and stores – both high-end retail or downtown practical. The neighborhood, notable for being the location of artists‘ lofts and art galleries, the New Museum of Contemporary Art, and for the wide variety of stores and shops ranging from trendy boutiques to outlets of upscale national and international stores, makes attendance a pleasure for everybody.