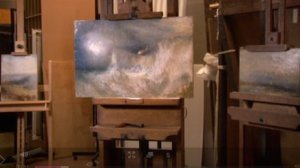 The BBC reports that a set of three paintings by famed landscape painter J.M.W. Turner, left to the National Museum Wales in 1951 and deemed fake shortly thereafter, were recently authenticated after a series of new forensic tests were conducted on them.

In the story a curator is quoted as marveling at the fact that the works have “gone from being worth thousands to being worth millions.” Read the whole story here.