The Village Voice’s EIC Tony Ortega announced in a blog post today that he is leaving the troubled alt-weekly to “pursue a book proposal about Scientology in its time of crisis.” Mr. Ortega attributed his departure to a desire to turn his “465 blog posts about Scientology” into a book that prompted him to make the jump, but sources with knowledge of the situation tell The Observer Mr. Ortega’s exit from the Voice was not his decision.

Though writing about Scientology may be Mr. Ortega’s life preserver, a former staffer told us his relentless pursuit of scoops on the controversial church may have been a distraction during his final months at the paper.

“He was increasingly obsessed with Scientology and had neglected almost all of his editorial duties at the paper,” the ex-staffer said. “Sometimes he wouldn’t even edit features.”

The former staffer also said Mr. Ortega began to worry about his future when writer James King joined the staff in January from the Phoenix New Times, which is headquartered in the same building as Village Voice Media’s corporate management. Mr. King was known among staffers as a favorite son of VVM Executive Editor Mike Lacey and the chain’s bosses in Phoenix, a fact that made Mr. Ortega uneasy.

According to the ex-staffer we spoke with, Mr. Ortega went out of his way to establish a good relation with Mr. King

“Since James’s arrival, it’s been clear that Tony is afraid and saw that James had been sent in by corporate to keep an eye on him, and maybe even serve as his replacement. Hence Tony’s willingness to pretty much lick King’s asshole–he was hoping, it seemed, that this would be reciprocated positively by corporate,” the former staffer said. “Tony always went out of his way to privilege King and treat him glowingly.”

Another source familiar with the beleaguered paper told us Mr. Ortega’s fears increased after a late August visit from the executive managing editor of Village Voice Media, Christine Brennan, a.k.a. “The Wicked Witch of Westword.” Ms. Brennan, who got her start at Westword, the chain’s Denver weekly, earned her nickname after gaining a reputation as a harbinger of doom within the chain who appeared whenever management was set to execute cutbacks at one of their papers.

The Voice’s music critic, Maura Johnston, also announced she is leaving the paper today in a note on her Facebook page.

“today is my last day at the voice. thanks to everyone who wrote for me, made music worth writing about, and read the section. i’m very proud of the work i’ve done,” Ms. Johnston wrote.

These latest departures come after a rough summer over at the Voice. In August, four editorial staffers were laid off. The paper has also increasingly been dealing with legal and political drama due to its online adult classifieds operation, Backpage.com, which has been a crucial source of revenue for Village Voice Media in recent years.

For anyone who wants to wish Mr. Ortega well in his next chapter, a source familiar with the paper told us he will be having departure drinks at The Scratcher at 5 p.m. tonight. 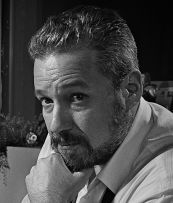