Buy now! Supplies won’t last! Get to it before that rival oligarch does! (Photo illustration: Matt Chaban)

If you’ve got it, flaunt it. That’s the new rule of thumb in luxury real estate, anyway. After decades in which secrecy was the better part of high-end sales (the “if you’ve really got it, you don’t need to flaunt it” philosophy favored by buttoned-up Park Avenue types), top brokers are increasingly adopting aggressive PR and marketing strategies that, however scandalous to the old guard, are helping to draw deep-pocketed buyers.

In 2000, insurance mogul Saul Steinberg decided to sell what was arguably the most magnificent apartment in the city: a 34-room triplex penthouse at 740 Park Avenue. Mr. Steinberg had purchased the 20,000-square foot spread from the estate from the estate of John D. Rockefeller Jr. in 1971. Among its many wonders, it had a library with English pine paneling that dated to 1760, a dining room that seated 48 and a two-bedroom governess suite. The exceptional thing, however, was that Mr. Steinberg wanted $40 million for it—a price that caused such a maelstrom of gossip that this salmon-tinted paper even accused him of indiscretion for allegedly “leaking” the incredible asking price to the public.

Gossip notwithstanding, the deal went down in the socially-sanctified, hush-hush manner that the city’s top residential real estate deals had always been conducted up to that point. Mr. Steinberg enlisted the help of his former sister-in-law Kathryn Steinberg, a broker at Edward Lee Cave’s consummate old-guard brokerage. The apartment never made a formal market debut, nor was it entered into the broker database. Ms. Steinberg just whispered in a few of the right ears and the apartment sold quickly—for $33 million—not quite ask, but still a record high for residential real estate.

A decade later, on the far side of the park, a new record, many times higher, was set in a very different way. When ex-Citibank CEO Sandy Weill decided to unload his 10-room penthouse at 15 Central Park West, he didn’t reach out to his dearest friends. Instead, Mr. Weill called (or more likely had his assistant call) The Wall Street Journal to announce that he was listing the apartment for $88 million. The strategy was effective—a little over a month later, a Russian fertilizer tycoon paid the full asking price, setting another record high. Soon, sellers were offering up one tantalizing property after another, there for all the world to drool over. After all, splashing the photos across the dailies, the glossies or the Internet (preferably all three) might catch the eye of another fertilizer king.

After years of playing things close to the vest, New York’s most affluent home sellers were showing some leg.  Just as the Parises and Tinsleys of the world had supplanted Brookes and Nans—at least in the public’s imagination—a studied showiness is supplanting the established customs of white shoe brokerages where brokers lived and died by their Rolodexes. Throughout the spring and summer, brokers and sellers welcomed reporters from The New York Times and The Wall Street Journal to wander through their gleaming lairs. The Times wrote about Christopher M. Jeffries’s magnificent duplex at the Ritz Carlton, listed for $77.5 million. The Journal gushed about Howard Marks’s $50 million spread, also at the Ritz. Next came the granddaddy of them all—a $100 million listing at CitySpire for the octagonally shaped quadroplex penthouse, which was featured in both The Times and a CNN segment. In mid-August, not one but two $95 million listings appeared back to back, at 15 CPW and the Ritz, in The Journal and The Times, respectively. The new trophy condos were, it seemed, always ready for their close-up.

As were the brokers. Few trends reveal the changing nature of luxury marketing more than the rise of real estate reality T.V. shows like Selling New York and Million Dollar Listing, where the brokers are the stars and the properties supporting players. None embody this more than Prudential Douglas Elliman broker Fredrik Eklund, who stars in Million Dollar Listing. A preternaturally handsome Swede, Mr. Eklund and his broker partner John Gomes (Mr. Gomes was a former star of Selling New York) have racked up a staggering sales record—more than a billion in closed sales over the last nine years—as they put it on their website “at the vanguard of the new guard.” Naturally, they were happy to meet with us at the Douglas Elliman offices one muggy August afternoon.

“My job is to have as many wealthy buyers as possible in the world come to my website,” Mr. Eklund said, claiming that when Million Dollar Listing was airing, he had hundreds of thousands of clicks on his company bio. “The industry has changed. The old guard was always in back of the listing. The new guard, we put ourselves in front.”

“It really does,” echoed Mr. Gomes.

“The old guard did their business from their Rolodexes. But no one today really knows everyone with money, no one knows everything,” Mr. Eklund opined.

“It’s a global marketplace, there’s no limit to the boundaries when we go globally,” said Mr. Gomes. “We realize that we’re alienating ourselves from some clients who don’t want to be anywhere near the press. But honestly, those clients get the best of both worlds, because we can offer them complete discretion, but they still get all the traffic to their listings.”

“It’s why the phones won’t stop ringing,” Mr. Gomes said, gesturing at Mr. Eklund. “It’s why people stop him on the streets.” He pointed beyond the glass doors to a slightly chubby broker in nondescript business clothes at one of the shared standing terminals. “That wouldn’t happen to that guy.”

They chuckled, but time was short. Mr. Gomes had to dash to a meeting. And dash he did, smart phone in one hand, lunch in the other—slipping into the backseat of a flame-blue Porsche that zipped into traffic as soon as he pulled the door shut. 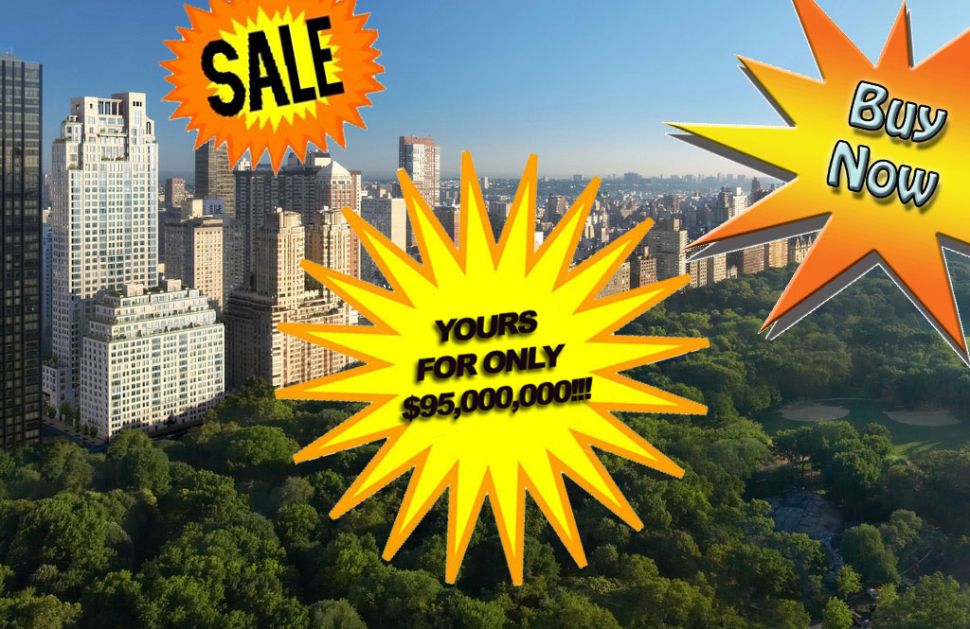