For months, Twitter has gone back and forth with the District Attorney’s office over one user’s tweets related to the Occupy Wall Street protests. That user, Malcolm Harris, is being charged with disorderly conduct, and the tweets in question may help cement the case against him. Twitter originally appealed the subpoena to provide them, but earlier this week Judge Matthew A. Sciarrino Jr. told the company it had until today to cooperate or face a fine for contempt of court.

As the AP pointed out yesterday, as the deadline to hand over the tweets or face a fine loomed, Twitter had already started sounding like it was backing off:

Twitter had said the case could put it in the unwanted position of having to take on legal fights that users could otherwise conduct on their own.

Hear that? That’s the sound of running water, as Twitter washes its hands of this whole fiasco.

Sure enough, the Post reported this morning that the company would “tweet like canaries” (never change, Post writers) and turn over the information, rather than face the fine. Reuters also reported late last night that the protestor’s lawyer says Twitter plans to hand over the tweets–unless his motion for an emergency stay is accepted. But perhaps more crucial than the fine was what it meant. Judge Sciarrino told Twitter earlier this week that determining the appropriate fine would require handing over two quarters’ worth of earnings statements.

Is it just us, or does that sound like one of Jack McCoy’s more creative legal manuevers on Law and Order?

Of course, it’s not exactly shocking that a private company would choose to keep its books closed where the rubber meets the road. And for all the questions that remain about Twitter’s revenue model, it’s still a business, not an NGO. But it’s a sorry end to a principled stance, and judging from this summer’s furor over the temporary suspension of a gadfly journalist with the nerve to criticize media partner NBC, users aren’t going to take this very well.

UPDATE: Twitter declined to respond to questions about the case, but directed Betabeat to a statement from Terryl L. Brown of Harris Beach, outside counsel for Twitter, made to the Criminal Court of the City of New York. Mr. Brown framed the decision before Twitter as “a fundamentally unfair Hobson’s choice that is contrary to the core of our justice system.” Since Twitter handed over the documents rather than disobeying a court order, Mr. Brown requested that the court keep the documents under seal, “without inspection or production to the District Attorney,” under the appeals process is decided.

“We have the documents with us today in a sealed envelope. On behalf of Twitter, Inc., we would like the opportunity to make a statement on the record.

As this court has specifically stated in its prior rulings, this case includes an issue of first impression, and we would suggest, as such, is certainly worthy of review by the appellate courts of this state. The underlying legal issue of first impression is complicated and is adversely affected since there is an argument that will surely be made by the District Attorney, that by complying with the subpoena and producing the documents in question, Twitter may arguably extinguish its appeal currently pending in Appellate term.

As a pure matter of law, today Twitter is being given a fundamentally unfair Hobson’s choice that is contrary to the core of our justice system of being compelled to either waive its right to appeal so that novel legal issues may be adjudicated on the merits, or being held in criminal and/or civil contempt. Such would be a patently unfair and unjust result where Twitter is exercising the legal remedies available to it in order to have a novel issued decided by the courts.

Since our appeal is already filed and the appeal is scheduled to be heard in November, and as set forth at paragraph “24” of our affirmation response, we would respectfully asked this court to stay its June 30, 2012 decision and order pending review and determination by Appellate Term.

In the alternative, I have the documents subject to the District Attorney’s subpoena with me today. They are contained in a white, legal-sized sealed envelope with my name on the back of the envelope and the caption of the case on the front of the envelope. I would ask the court to consider the following resolution to strike the reasonable balance of confirming that Twitter is not willfully disobeying a court order, with twitter’s fundamental right to appeal the decision of this court.

Twitter respectfully request that Your Honor receive the documents and hold them under seal (without inspection or production to the District Attorney) until such time as the Appellate Term issues its decision concerning this court’s orders, particularly since this is a novel issue, all parties will benefit from the guidance of the Appellate Division.

Moreover, the Disorderly Conduct trial is scheduled for December 12, 2012, and thus there would be no unreasonable delay of the Harris non-jury trial. Neither the People of the State of New York nor the District Attorney will not be prejudiced by awaiting a decision on the appeal, and in fact may benefit in future cases from an appellate resolution of this matter. Twitter respectfully requests the Court to hold the documents under seal until the appeal is decided on the merits

In the alternative, should the Court conduct an in camera review of the documents, Twitter requests that the documents remain in the Court’s sole possession and custody until a determination is made on the appeal.

Thank you Your Honor” 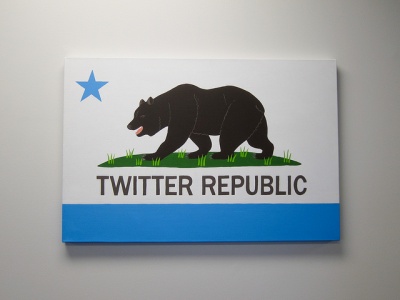