“Please return to your seats!”

The typical orders were barked from the front row at Michael Kors on Wednesday, September 12 at 10 a.m. Too much too early. Due to some recent Team Kors PR shifts and rifts, we couldn’t locate the familiar faces that would help The Observer with its conquest. Where were Savannah and Lauren to sneak us past the testosterone-pumped security forces void of interpersonal skills who guarded Michael Douglas, Catherine Zeta-Jones and recent Tony-winner Nina Arianda? Yes, it’s true that I, personally would have accosted Ms. Arianda because she was so fabulous in Venus in Fur, but do Broadway stars really warrant a detail to watch cotton blazers and crepe gowns sashay up and down a walkway for 10 minutes?

“Sir, I’m sorry, but you need to take your seat please!” growled the plus-size security goon, leaving me no choice but to traipse back to section A, pondering how on earth he knew my name was “sir.”

So how, exactly, are editors who don’t publish the redundant proclamations on trends for their glossy readership supposed to get those juicy interviews we so rely on for cushy page hits? Or even modest news appeal?

As we waited for the show to commence, the only thing deflecting our disappointment at missed interview ops was an unfortunate Michael Kors visuals production staffer kicking us from behind with his obnoxiously pointy boots.

“Uncross your legs and please push in your bags, ladies and gentlemen in the front row!” screeched the photography pit repeatedly. (I don’t mean to get all political … maybe it’s fine for the ladies, but frankly, forcing 200 men at a fashion show to uncross their legs sounds to me like a gay rights issue!)

Hoot, holler, belt they did, until they deemed the runway bony-leg- and Céline-bag-free enough to their liking. Knees stayed firmly together as look No. 36 walked down at Michel Kors.

Finally the production began, and thankfully our misery was quelled within the first four looks. Mr. Kors trod the familiar  with American sportswear, this season with vague waves at the sport of golf, and crisp and clean nautical references—all with a wearable ’60s touch. Get your stripes now, people! First Marc Jacobs had people just shy of orgasm with his Edie-meets-’60s contemporary pieces, and Kors too laid the stripes on thick. Especially memorable was a studded navy plunger shift dress, which had edge. The collection had more European commercial appeal, a smart move as the now-colossal brand expands more there and in Asia. One sky print on tops and dresses was created from a picture Michael Kors had taken himself. And for evening? Mr. Kors kept things signature and simple with body-con crepe dresses with geo cutouts. As Karlie Kloss prowled down the catwalk, our seatmate whispered, “Crepe never looked sexier!”

It was true. And the punchy color palette was a stylist’s dream. There were pocketing and stitching details that added value and youth … perhaps a bit too much, said a few. The Observer overheard Jamee Gregory commenting to another UES Queen that she actually liked the youthfulness of the collection, “It was very nice, actually,” she said before debating a swim upstream to kiss-kiss Mr. Kors backstage; as this editor watched her go, he crossed my legs. 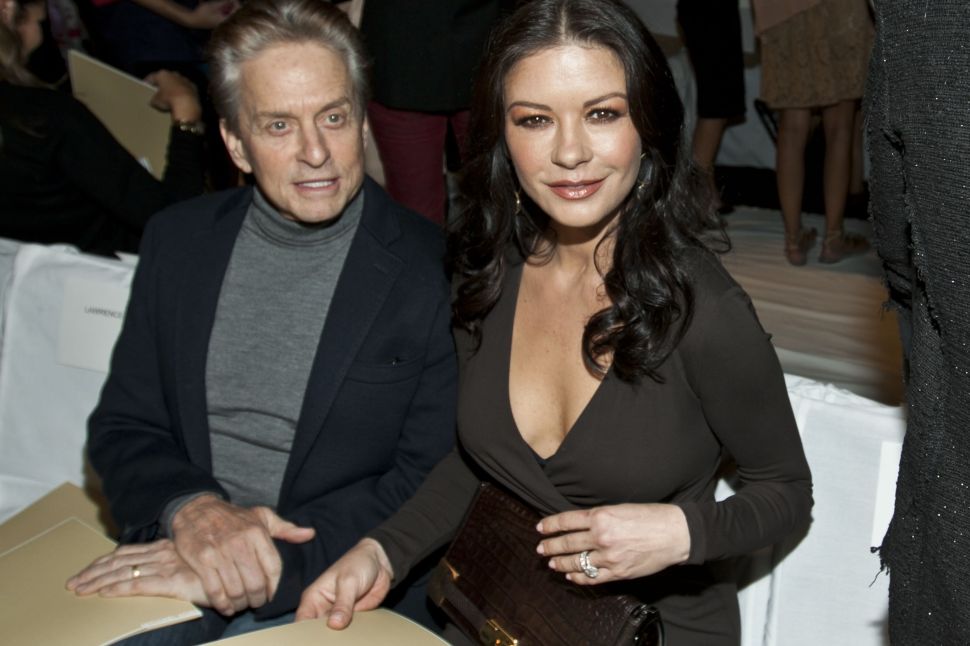