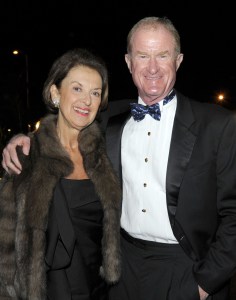 Thanks to a $32.5 million gift to the University of Michigan School of Art & Design, by alumnae Penny Stamps, 1966 graduate, and her husband E. Roe Stamps, the school is getting renamed. The gift, which is the single largest gift ever given to the art school, will be matched by the university in the amount of $7.5 million, rounding it out to a smooth $40 million. Late this afternoon, in recognition of the gift, university regents voted to rename the school, which will now be called the Penny W. Stamps School of Art & Design.

According to The Detroit News, which has the story, the next-largest gift to the art and design school was an anonymous gift of $1.2 million made by a donor during a 2004–08 campaign called Michigan Difference.

Penny Stamps, an interior designer originally from Chicago, chairs the advisory committee at the School of Art & Design, and co-chaired the Michigan Difference campaign.

She and her husband, a venture capitalist, underwrite both the school’s Penny W. Stamps Distinguished Speaker Series as well as the Roman J. Witt Residency Program that brings designers and artists to the campus for extended periods of time. Both programs will get a boost from the present gift.