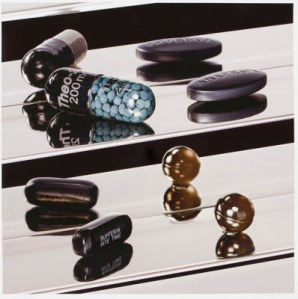 The VIP Art Fair, whose online-only events have received mixed reviews from dealers over the past 18 months, is changing things up. First of all, the startup is dropping the “fair” from its name, highlighting its decision to shift away from merely hosting periodic selling events to serving as a private online viewing room for dealers year-round, much like Artnet.

Today VIP Art launched Vernissage, a three-week online event that invites dealer clients, who pay a monthly subscription fee, to present work from their season-opening shows. The cost of a subscription depends on the number of artworks dealers want to be able to present online among other things that factor into their total “presence” on the site. According to one participating art dealer who wished to remain anonymous, subscriptions will set you back from $350 to $600 a month.

According to the company, the move was inspired in part by the growth the site has seen over the last year. After hosting two VIP Art Fairs, the outfit launched a variety of specialized events, like VIP Paper, VIP Photo, VIP MFA (with art students), which ran for only a few days to a few weeks each. “Twenty-thousand people were coming to the site per month, and being turned away,” said Evelyn Kroenlein, the associate marketing manager of VIP Art, of the visitors to the site when it was closed between events.

The scheduling of the events had been irregular. February saw the arrival of the second VIP Fair, dubbed VIP 2.0, but there were no events in March. April featured the weeklong VIP Paper and VIP Photo ran July 12 to Aug. 12. Dealers paying the monthly fee will be able to opt into those events in the future, and join two new events: VIP Asia and VIP Editions in October and November, respectively. When no events are open, visitors will still be able to tour galleries’ online “booths.”

VIP Art has signed up 68 galleries so far, including some established ones, like Galerie Thaddaeus Ropac in Paris, Elizabeth Dee and ZieherSmith in New York, Chemould Prescott Road in Mumbai and Galeria Nara Roesler in São Paulo. What are they showing in their digital booths for Vernissage? ZieherSmith has works by Matthew Lusk, who’s also showing at their space in Chelsea. While many dealers are following that synergistic model, some are also showing works from their inventory, like London’s Paul Stolper Gallery, which has Damien Hirst prints of a skull in a variety of colors and Thaddaeus Ropac, who has Baselitz and Gormley pieces (not on view at his galleries) along with pieces by Erwin Wurm, which are.

As with all of its events, VIP is banking on a variety of editorial content to bring in the collectors. Vernissage, which runs through Oct. 7, features video studio visits with artists Vik Muniz, Daniel Gordon and Allison Schulnik and others.

After the second VIP fair, back in February, some dealers complained that there had been little collector interest. “From our perspective, unfortunately it was a waste of time,” New York dealer David Zwirner told us at the time. (He’s not a subscriber to the VIP Art model.) However, other dealers reported that they made new contacts and closed sales during the events.

The new shift to round-the-clock digital viewing rooms takes some of the pressure off those online-only fairs. “The event will end,” said Ms. Kroenlein, “But the site will stay open.”