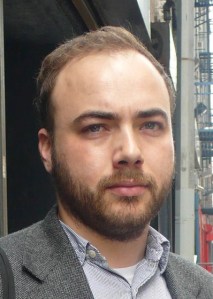 Walead Beshty has left his long-time gallery in New York, Wallspace, which the gallery confirmed with us yesterday. Mr. Beshty, a conceptual photographer and sculptor, was the subject of Wallspace’s very first show back in September 2004. An employee at the gallery said the split was “amicable” and that Mr. Beshty has not, as of yet, found a new gallery.

A source speculated off the record that Mr. Beshty would join the artist roster at Gladstone, home to a few like-minded artists, but that gallery dismissed the claim, saying “the rumor that we are taking on Walead Beshty is in fact a rumor.” It looks like Mr. Beshty is a free agent.

Update, Sept. 28, 6:30 p.m.: Reached for comment, Jane Hait, Wallspace’s co-owner and co-director, said the following on behalf of the gallery: “The decision to part ways was made together with Walead and was mutual and very amicable. We remain ardent supporters of his work and wish him the absolute best moving forward.”