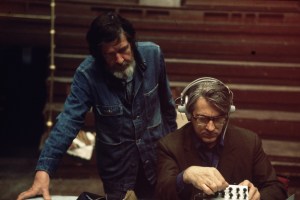 Back in 1960, John Cage appeared on the television show I’ve Got a Secret, and performed his 1959 compositions Water Walk. Someone uploaded a clip of the episode to YouTube a few years ago, proving that this is a truly beautiful world we all live in. To mark what would have been Cage’s 100th birthday today, give it a look below. The work involves radios, ice cubes, a bathtub and a glass of water, among other things. Because of a union dispute, Cage had to alter his piece slightly, but let’s not spoil things here.