When it comes to Shakespeare, there are basically two settings for an adaptation: New York City, and outer space. From Ethan Hawke’s Hamlet to Men of Honor (in which John Turturro plays an Italian mobster whose rise to power resembles the story of a certain Scottish play), to West Side Story, the Bard’s work has often been played against the backdrop of bustling NYC.

And while the conceit of a modern take on Shakespeare might be worn in theory (O, anyone?), Veritgo’s new comic book, Prince of Cats, found a way to update the most cliched classic–Romeo and Juliet–without it coming off as kitschy.

Maybe it’s the subject matter: Instead of focusing on the two lovers, Prince of Cats turns its eye on Tybalt, Juliet’s tyrannical cousin. In the story written and illustrated by Ronald Wimberly (who has done graphic work on issues of Lucifer, Swamp Thing and John Constantine, among others), the story is as much about hip-hop and urban life as it is about love and different names for roses.

While the Montagues and Capulets fight on the tops of buildings and trains, Tybalt angrily fires off cultural allusions to Wu-Tang Clan and The Warriors. And the gritty, street-art inspired illustrations paired with the realistic dialogue will almost make you forget the source material. Which is good, because we’re pretty much done with these adaptations until someone makes an underwater version of King Lear. 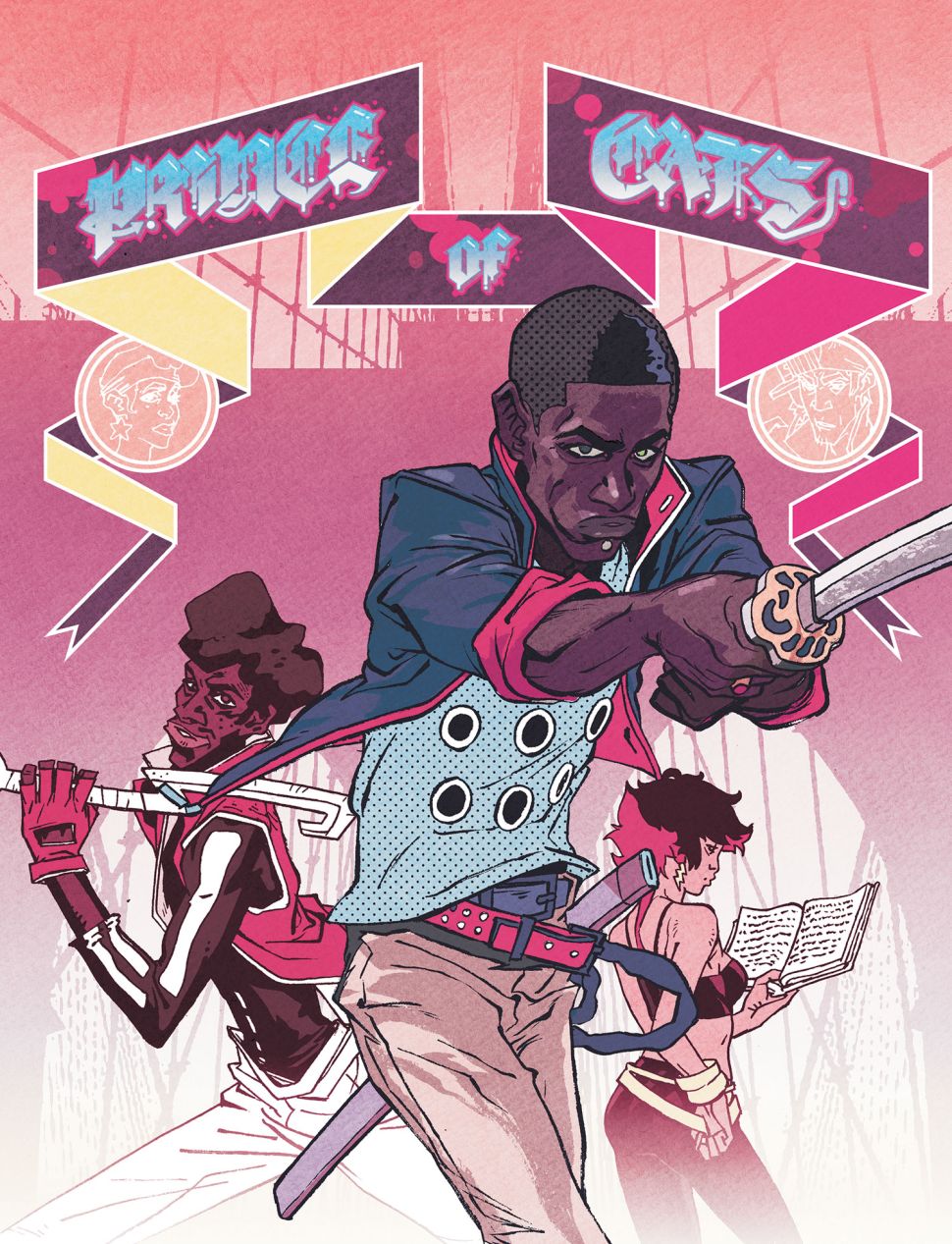