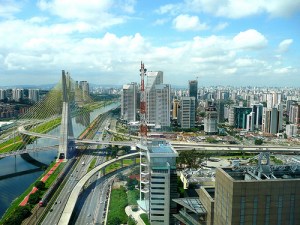 In a testament to the growing art scene in São Paulo, White Cube will open a space there on Dec. 1. The first exhibition will be a solo show by Tracey Emin called “You Don’t Believe in Love But I Believe in You.” It will be Ms. Emin’s first show in Brazil and, according to a statement from the gallery, “confirms White Cube’s commitment to a major three year programme of exhibitions in São Paulo.”

Meanwhile, the 30th São Paulo Bienal opened earlier in September (curated by the MoMA-trained Luis Pérez-Oramas). And São Paulo isn’t the only city in Brazil with a growing influence on the international art world. Gagosian Gallery was also a recent participant in ArtRio in Rio de Janeiro.